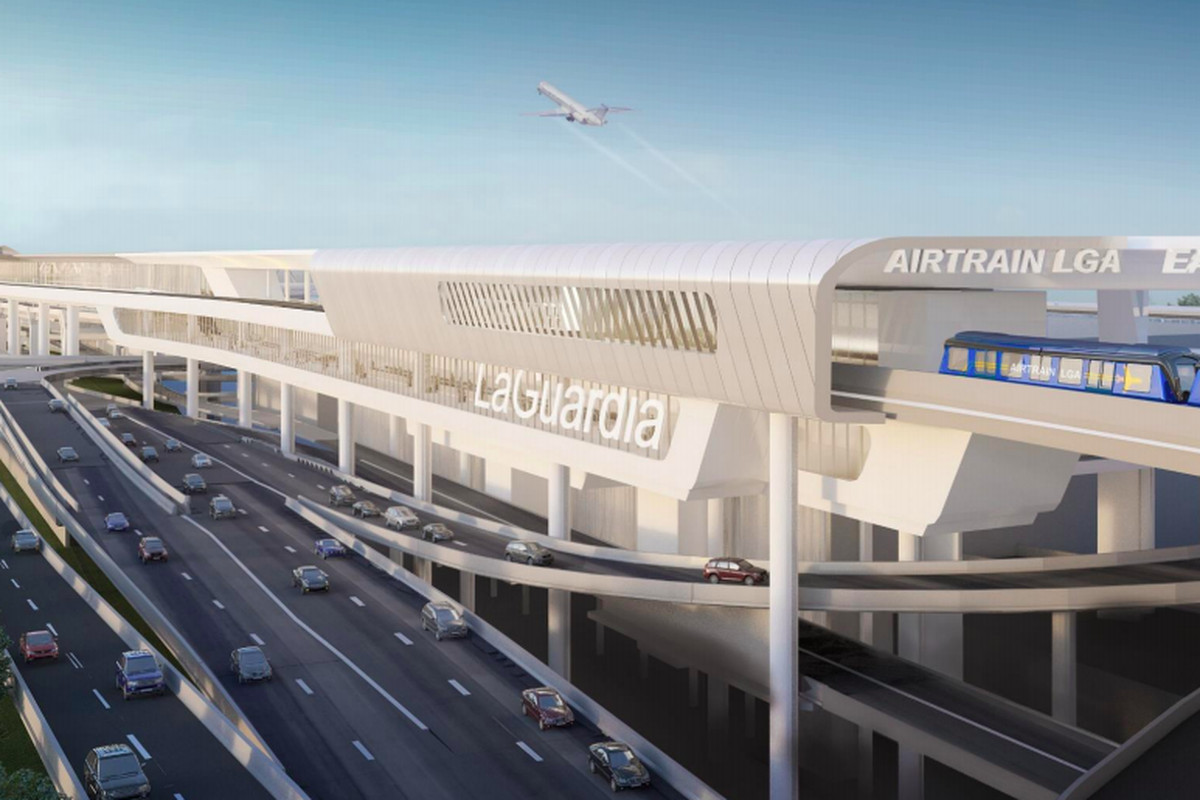 A coalition of construction leaders has thrown its weight behind an effor to bring an Airtrain to LaGuardia Airport.

Governor Andrew Cuomo signed legislation last year to build a $1-.5 billion AirTrain to LaGuardia that allowed the state to use eminent domain to secure land for the project.

LGA is the only major airport on the East Coast without a rail connection, with 90 percent of travelers using cars to access it.

“AirTrain LGA is projected to serve up to 10 million riders per year,” said the trio in a joint statement.

“In Queens, that translates to 28,000 cars off the road and onto public transit every single week, congestion relief for residents and businesses that rely on local deliveries, and 6,250 metric tons less in CO2 emissions from gridlocked vehicles.

“Without a rail link, LaGuardia travelers face unpredictable travel times – a phenomenon so unpleasant and severe that a 2017 survey from the Partnership for New York City showed that in the preceding year, more than half of all business travelers made a conscious decision to avoid flying to the New York region for a meeting.

“ This translates to a huge loss in economic activity – money that would be spent on travel, hotels and accommodations, and at restaurants and local businesses.

“As we advocate in favor of AirTrain LGA, we also want to ensure that the environmental review process and Environmental Impact Statement (EIS) result in the best possible outcome for New York City.

“This project can also help realize ancillary benefits – such as the revitalization of the Flushing Bay Promenade and other public spaces – that we want to be studied in full. As such, A Better Way to LGA will be attending the FAA-led Scoping Hearings and calling on the EIS to include robust engagement with relevant community stakeholders”

The coalition said it supports the placement of the transfer station at Willets Point as close as possible to the Long Island Railroad;

Impact on Grand Central Parkway and traffic if the AirTrain is not built;

Ensuring that any options explored meet the criteria of providing a travel time between Midtown Manhattan and LaGuardia of 30 minutes or less.