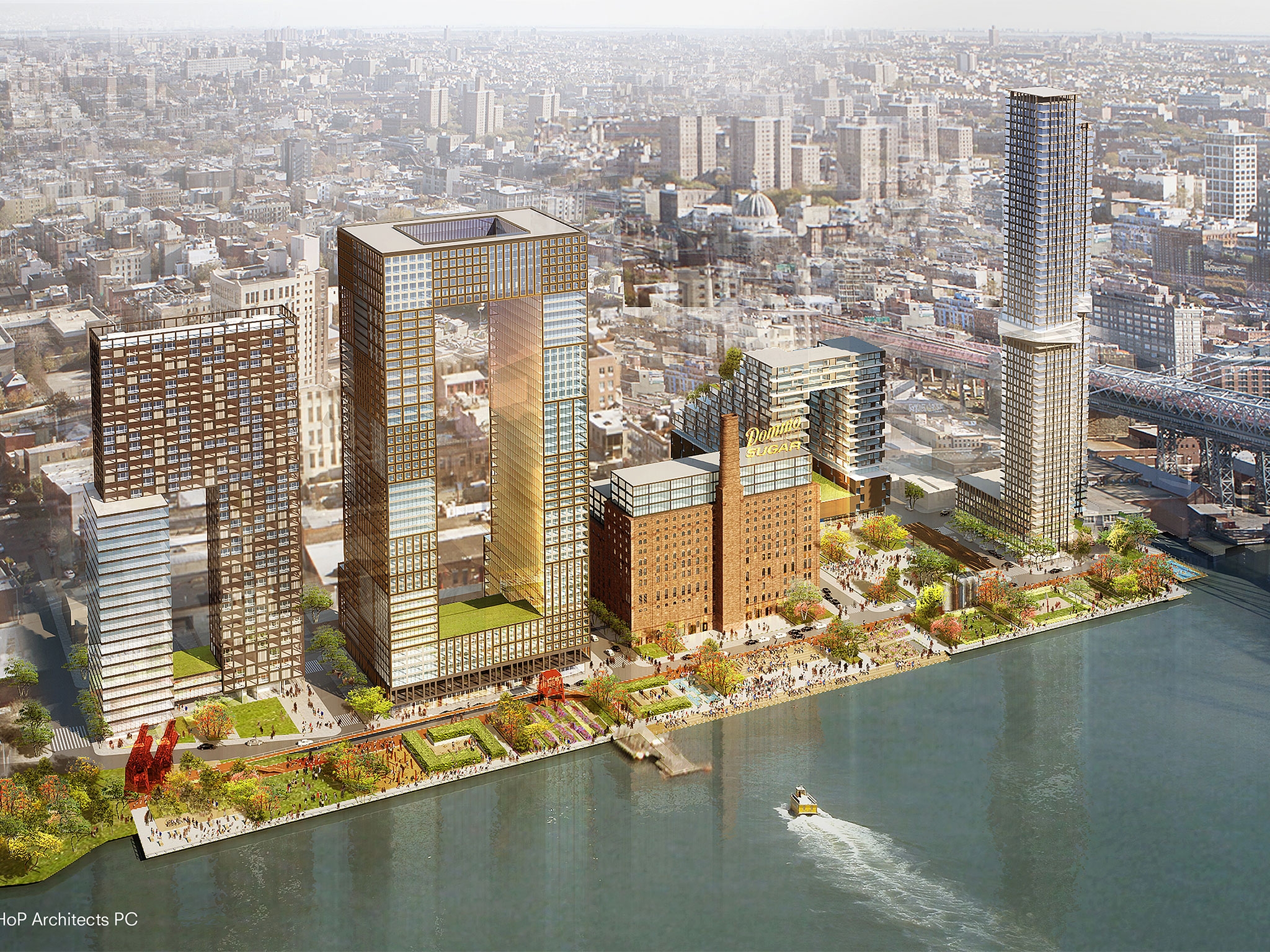 The affordable housing lottery is a hail mary attempt at rent relief in a very expensive city.

While odds of gaining low-cost housing are almost as slim as winning the actual lottery, many remain undeterred, submitting financial documents and applications in spite of the likely negative outcome.

The popularity of affordable housing lotteries dims the chances of each participant. Two Trees
Management received 87,000 applications for its affordable housing lottery at the former Domino Sugar factory at 325 Kent. There are only 104 affordable apartments in the 500-unit building. This means that, all things being equal, each application had a 0.12 percent (around one in one thousand) chance of success. To get a sense of how improbable that is, Paddy Power, the online betting website, pegged U2 singer Bono’s chances of being the next pope at the same ratio.

While many suspect that high rental rates are the driving force behind the appeal of housing lotteries, officials point to a procedural improvement, saying that migrating applications online “democratized” the process.

“Making it easier to apply for housing has had a huge effect. The large number of applications speaks to the massive demand,” said Emily Osgood, the director of operations at the Department of Housing Preservation and Development.

“A few years ago, we put our whole lottery application process online. That democratized and made this process available to exponentially more people than were engaging in it before. We have seen more applications for our lotteries than we ever did a few years ago. We attribute that, if not entirely, to having it online rather than having a paper one.”

As its name suggests, the process has random elements. The lottery is “blind,” which means that a person’s place in the queue is based on luck. However, experts say that there are ways that people can boost their chances.

According to Elizabeth Canela, the senior project manager at Forest City Ratner, the maneuvering starts once the lottery is finished.

“The lottery itself is in fact a 100 percent lottery. As long as you apply correctly, the city does randomize the list. The order in which people are called is based on their log number. That’s something that can’t be influenced at all. They can’t talk to us. They can’t talk to the city. It’s very blind. We’re not allowed to see the list until the city has done what they need to do. The computer randomizes the process. In that element, there’s nothing any of us can do because it’s supposed to be a very fair process,” she said.

“Once the lottery closes and people receive their log numbers, I think people can try to differentiate themselves. Just make sure that they have all their information available. They have this year’s W-2s. They have last year’s W-2s. They come in with all of their pay stubs. They come in with an employment verification letter. They come in, if there are three people over the age of 18 in the household, they all come in for the interview and make sure that all their information is accurate. (It’s) really just being prepared with all your financial paperwork.”

The lottery for the 303 affordable apartments in the building ends on March 14. Forest City has earmarked seven percent of the affordable units for their “disability preference,” which in this case are people with mobility, vision and hearing disabilities.

“For every building, every developer has preferences,” Canela said.

Forest City collects the information and then hands it over the city. Officials input the list into something similar to an Excel file. They then assign a place in the queue to each application. This is where diligence pays off, because, according to Canela, many applicants are not prepared to go through the process, which can lead to denials.

“Some people who haven’t gone through the affordable housing process still don’t know much about it,” she said. “It’s something that we really try to do, to try to educate people before entering the process and helping them get to the level of preparedness that they need to have.”

According to Osgood, the processing time fluctuates depending on a person’s likelihood of being reviewed. “We usually say that in can be anywhere from two to ten months, sometimes longer before you might hear back if your number came up. That is because the developers working through the lottery log, when the number for each person comes up, they’re assessing whether they’re eligible. If you have a higher chance of being reviewed, you may hear back right away. It would be a couple of weeks for you to get your appointment set up and you will work with the developers to make sure you provide all the documentation that you need,” she said. “If all those things line up, you’re signing a lease as soon as the building is ready.”

In spite of the vetting process, the lottery is likely to remain popular. The median rent in Manhattan stood at $3,369 while the median rent in Brooklyn was at $2,750, according to the January rental report from Douglas Elliman. Meanwhile, affordable rents in 38 Sixth Avenue go from $532 for a studio to $3,695 for a three-bedroom.