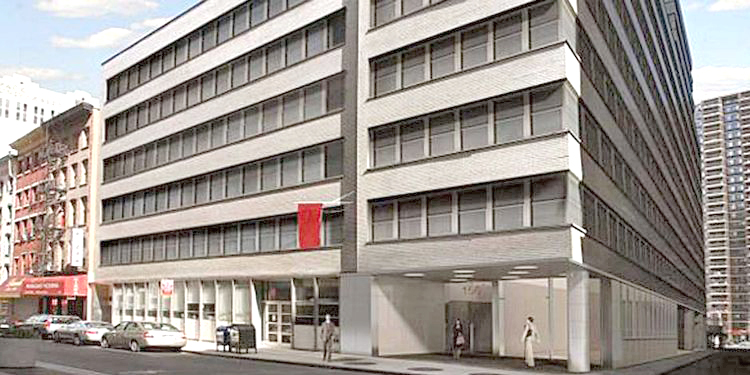 Cornell University, on behalf of Weill Cornell Medical College, an affiliate of New York Presbyterian Hospital, signed a 20-year lease for an additional 55,000 s/f of space at the building, bringing its total presence there to over 85,000 s/f.

William Macklowe Company acquired the 12-story, 250,000 s/f L-shaped building for $62.5 million in 2013 and currently owns it in a joint venture with LaSalle Investment Management. Since purchasing the building, all leasing transactions have been for medical office use.

“Given the building’s strategic location directly across the street from New York Presbyterian/Lower Manhattan Hospital and the relative dearth of nearby medical offices to service the revitalized downtown office market, we knew that our strategy to target health care tenants was the correct prescription for this asset.”

As part of the transaction, Weill Cornell’s existing lease for 29,000 s/f of space, comprising the 11th and 12th floors of the building, was extended to be co-terminus with its new long-term expansion agreement.

A Cushman & Wakefield team comprised of John Cefaly, Michael Burgio and David Berke represented the tenant in the long-term expansion/extension lease transaction while Paul Wexler and Joseph Yadgarov of Wexler Healthcare Properties team at The Corcoran Group represented the building’s ownership. Asking rents for the office space are in the high $50 range. Asking rents for the building’s retail space are $150 per square foot.

Smart parking, or Smarking, making its mark in NYC