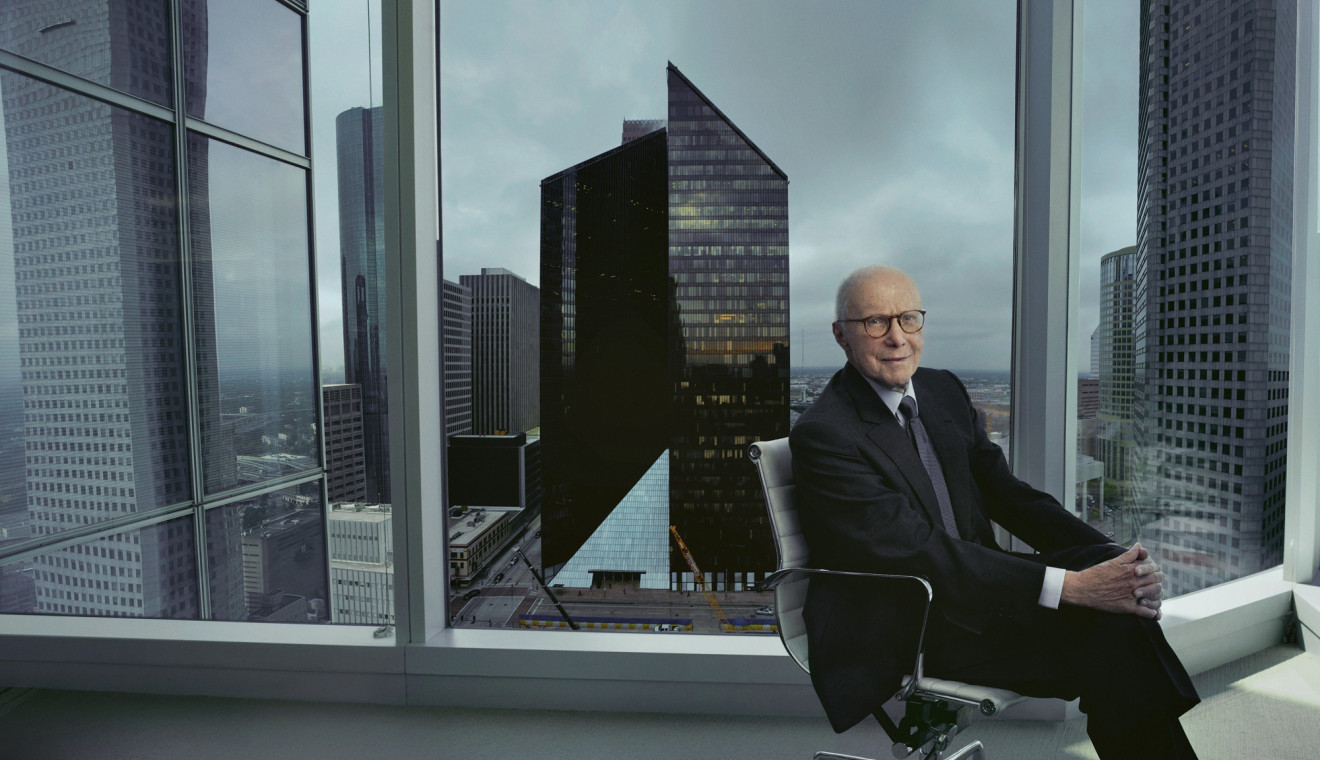 The news was announced today by his son, Jeffrey C. Hines, who has been running the firm as president, and now assumes the role of Chairman and CEO of Hines.

Gerald D. Hines was widely regarded and regularly honored as a leading visionary in the commercial real estate industry.

He transformed an entrepreneurial startup, established in Houston, TX in 1957, into an international powerhouse, renowned for developing, owning and managing some of the world’s most recognizable architectural landmarks across five continents.

Hines was revered for his ability to enhance urban landscapes and add lasting value to communities through innovative design concepts, intelligent planning, unmatched efficiency, trendsetting features, and the highest possible standard of quality. His careful attention to every detail and insistence on integrating the very best materials, systems and operational procedures, set the benchmark for excellence throughout the industry.

Most notable was Hines’ belief that memorable design by prominent architects could garner commercial success. This prevailing tenet revolutionized the building industry as well as the quality of commercial building stock in major U.S. cities, and reshaped skylines around the world.

The Hines firm has developed more than 907 projects around the world, including 100 buildings over 25 stories, and the tallest office towers in Texas, Kentucky, New Jersey, Oklahoma and Italy.

Hines made his mark across the nation, establishing large local offices in major hubs, including New York, San Francisco, Atlanta and Chicago.

From 1996-2010, Hines made London his home base, having transferred day-to-day operations to his son, Jeff, who became the firm’s CEO and president in 1990.

While abroad, Hines expanded into major Western and Eastern European markets, securing a footprint that is still growing across the continent. The firm also entered into Asia in the mid 1990s.

In 2007, David Childs, chairman emeritus of Skidmore Owings and Merrill, said, “Hines’ attention to architecture has been good not only for the profession but also for urbanism, as his unwavering concern for the quality of his buildings extends beyond the plot of land and the frame of the site to the community.”

Hines’ leadership in sustainability has been recognized by the U.S. Environmental Protection Agency, the U.S. Green Building Council, Global Green USA, and similar organizations in South America, Europe and Asia. His respect for the integrity of local architecture and native culture, and his ongoing effort to add public spaces, parks, water features, art, and other open amenities as extensions of commercial projects have enhanced the quality of life in numerous communities.

“Beyond his significant, impactful career and his pioneering contributions to architecture, sustainability and the built environment, Dad felt his greatest achievement is the team of dedicated professionals who have, and will continue to, carry on his legacy of peerless quality, integrity and innovation,” stated Jeffrey C. Hines, Chairman and CEO, Hines.

Hines graduated from Purdue University with a degree in Mechanical Engineering and later received honorary doctorates from both Purdue and the University of Houston.

Hines was the 2002 recipient of the Urban Land Institute’s Prize for Visionaries in Urban Development and is an honorary Fellow of the American Institute of Architects. Among his proudest accomplishments are the Gerald D. Hines College of Architecture at the University of Houston and the establishment of the Urban Land Institute’s Gerald D. Hines Student Urban Design Competition.

Hines is survived by his wife, Barbara, four children, 15 grandchildren and one great grandson. Hines will be laid to rest in a private family ceremony in Aspen, Colorado. A celebration of his life will be held at a future date when it is safe to congregate.

Widower sues after his wife is killed by broken building facade