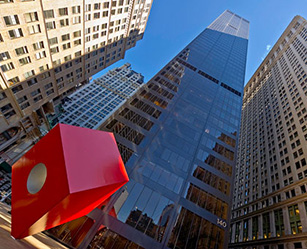 The Downtown market’s upward momentum has attracted tenants from its competing neighborhoods, Midtown and Midtown South, according to a CBRE report.

And while it’s only two months into 2019, CBRE’s expert panel is already impressed with the Downtown performance numbers that exceeded their expectations.

“One of the phenomena that is apparent when you look at the leasing in this market is this very strong appetite that tenants have, particularly large tenants have for the best quality office product there is available in the market,” said Nicole LaRusso, CBRE Tri-State’s director of research and analysis.

LaRusso said that tech has really taken over Manhattan’s office market and Downtown has benefited from the trend.

With all the growth in the tech sector, CBRE Tri-State’s CEO Mary Ann Tighe said that Downtown is capitalizing on companies’ need for more space.

From 2009 to 2019, 184 TAMI companies moved Downtown versus 100 that moved out. Downtown has also seen net gains in FIRE, law, retail, nonprofit and other sectors that have moved into Downtown in the face of those who have moved out.

For all these new companies moving in, Tighe noted that they would eventually need a building that suits a growing company.

“The age of the building becomes more important,” Tighe said. “You need a building with good infrastructure and as your company is growing, your technology is old and you’re becoming more and more dependent on the building.”

By comparison, CBRE’s report showed that Midtown South buildings’ average age is 97, while Downtown’s average age is 69, with 13.4 percent of the area’s total supply having been built starting in 2000. As much of the area was impacted by either 9/11 or Hurricane Sandy, a chunk of Downtown’s building stock is relatively new.

Tighe said the new stock mixes well with the existing buildings and offers a diverse slice of New York City.

“In its very interesting way, Downtown has become the authentic New York city, the age of the buildings, the nature of the streets,” Tighe said. “You’ve got this tremendous diversity of age, architecture and pricing. You can be in a $100-plus [psf] space and you can still find space in the $40s downtown. It makes for a very special environment for companies.”

Jessica Lappin, president of the Downtown Alliance, said the area is still being upgraded. The Seaport District is being revamped to include more event space and appeal to foodies and Lappin said Pier 17 has been transformed from a winter ice rink to a massive concert space for the summer.
everal celebrity chefs will be opening locations in Seaport as well, including David Chang and Andrew Carmellini, while restauranteur Jean-Georges Vongerichten is opening a seafood market and food hall in the building next to Pier 17.

With all the upcoming additions and the momentum seen already in the first two months, the experts are expecting the growth to continue throughout the year.

“We’re firing on a lot of different cylinders all at once and I think the product that is coming together is an exciting one,” Lappin said. “And unlike other parts of the city, its very vibrant and dynamic and the people here love it.”