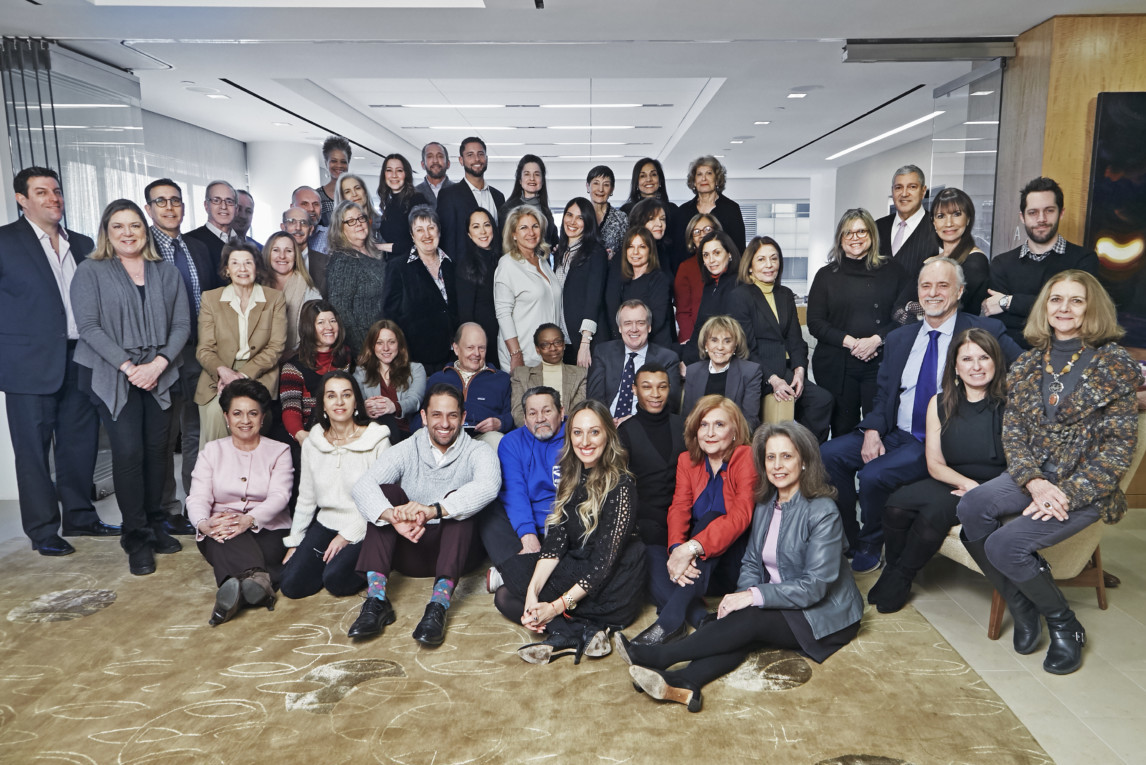 Halstead Helping Hands, the philanthropic arm of Halstead, collected some 3,500 coats throughout its tri-state offices in collaboration with the New York Cares 2017 Coat Drive (picture top).
Halstead has been a strong supporter of the annual drive over the past four years, collecting nearly 17,500 coats for New Yorkers in need.
For the third year in a row, the firm was the number one real estate corporate donor in NYC and one of the top 10 overall corporate donors.
“Halstead proudly supports the communities in which we live and work, and the efforts of our agents are truly a reflection of our culture,” said Sara Rotter, executive director of sales for Halstead’s Village and SoHo offices.
Rotter co-leads Halstead Helping Hands with John Wollberg and Trish Martin. The firm partnered with Scanio Movers to co-ordinate pickups of donated coats.

A Haitian family has moved into a new hurricane-resistant home thanks to Ellis Sotheby’s International Realty. The firm raised over $6,000 to build a the storm-proof house for a family in Labodrie. Construction was completed within six months through a partnership with New Story, a non-profit that works to transform dangerous living environments into communities of safe, sustainable homes.
All funds raised by Ellis Sotheby’s donors, including associates and agents who contributed from home-sale closings, went toward the building of the new home.
The majority of families in Labodrie live in unsafe, makeshift shacks without access to latrines. Many are at risk of collapsing and have no space for personal belongings, causing the families living there to be separated from their children for safety concerns.
Once funded, the New Story homes are typically built within six months and have three rooms, basic sanitation, a porch and garden.
New Story, a 501c3 non-profit based in San Francisco, has funded more than 1,200 homes in seven communities around the developing world since its start two years ago.
Find out more at www.newstorycharity.org.

Late night talk show host Seth Meyers and his wife Alexi, a human rights attorney, sold their West Village apartment for $4.35 million, according to public records.
The couple put the apartment at 302 West 12th Street on the market last Fall, and it quickly went into contract.
The deal officially hit city records this week, with the buyer listed as ACMF 302 12th LLC, which is registered to the West Village address of 26 Downing Street, a home owned by RFR principal Michael Fuchs.