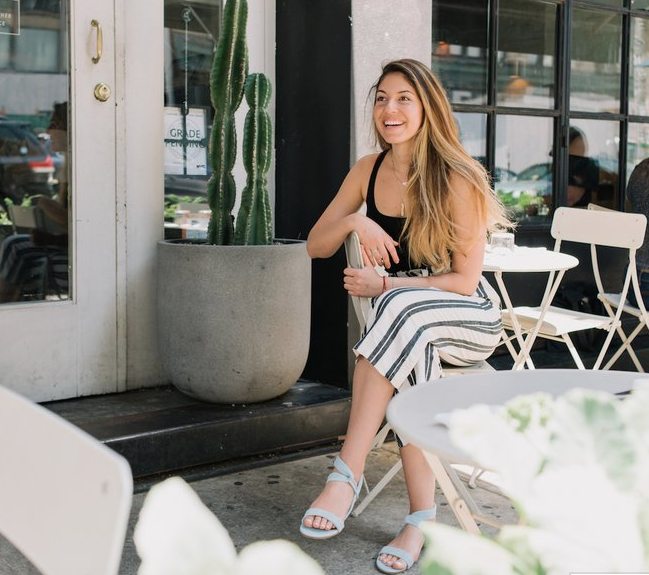 Have You Heard? ‘Chopped’ winner will be live-in-chef at RXR Realty building

Three-time winner of the Food Network series “Chopped,” Adriana Urbina, also the only Latin American female chef to have won the title, will now be a live-in chef at RXR Realty’s rental building in Brooklyn, 475 Clermont.

Beginning this month, 475 Clermont residents can attend dinners and wine pairings hosted by Urbina in her own apartment in the building.
Dinners will be open to all residents by reservation with up to 10 seats available. Every building resident will get two tickets to a dinner, distributed on a first-come, first-serve basis.

Since 2011, Urbina has run Tepuy Dining, her pop-up and private dining company, and she was previously the executive chef at the James Beard-award winning Nolita eatery, De Maria.

“We are excited to welcome Adriana to 475 Clermont. We believe experiential programming is the next evolution of amenities and creating a unique culinary experience by having a live-in chef create five-star level dishes truly enhances the living experience in a memorable way,” said Scott Rechler, RXR chairman and CEO.

Along with the gourmet home-cooked meals, amenities for residents at the 363-unit building include a bocce court, a landscaped courtyard and a pet spa.

A Los Angeles home where Katharine Hepburn lived early in her Hollywood career and Boris Karloff at the height of his career is for sale.

Currently occupied by people with film-industry connections, the 5,000-s/f, hacienda-style home has recently been placed on the market, priced at $8.995 million. The listing agent is Brendan Fitzpatrick of Douglas Elliman, Beverly Hills.

When Hepburn made the transition from Broadway to Hollywood in 1932, she rented the home and lived in it for the next five years. In 1938, Karloff bought the Bowmont Drive home after he attained star status in the horror-film genre for his monster characters in Frankenstein, The Walking Dead and others. He continued to live there until 1945, enjoying his passion for gardening and turning the grounds into a tropical paradise.

Built in 1927, the five-bedroom, six-bath home appears to rest on a cushion of shrubs and flowers with terraces, two outdoor fireplaces, lawns and steps leading down to the swimming pool. Inside, there are whitewashed brick walls and wood or tile floors and wood ceilings with beams. There are also six interior fireplaces.

An Art-loving crowd that included Brooke Shields and model Helena Christiansen as well as artists Eric Fischl and April Gornik, recently piled into restored condo building 108 Leonard for a dinner held by the New York Academy of Art. The academy has a partnership with the building to create programming for residents.