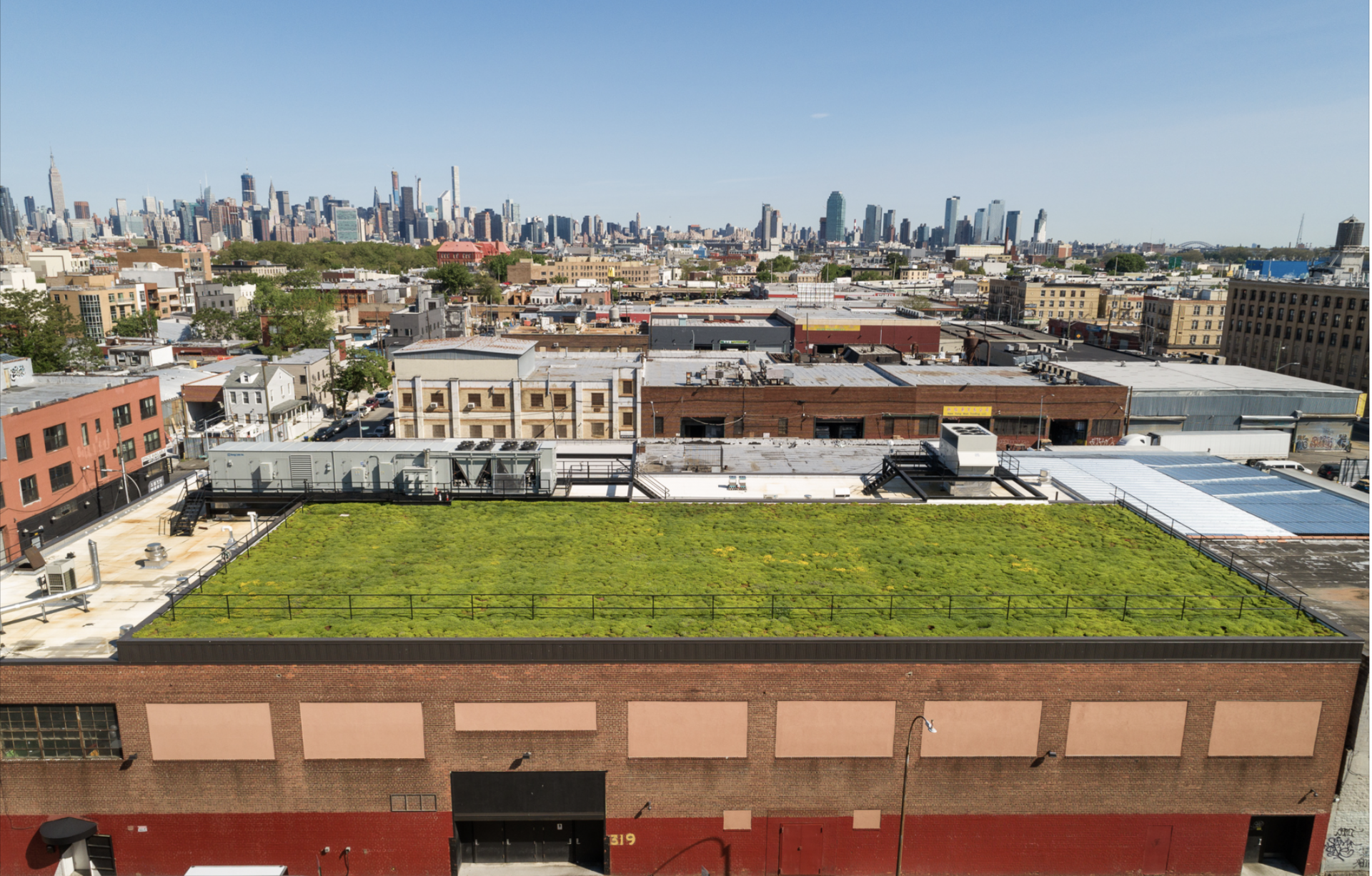 A unique green roof system is bringing peace to Brooklyn residents while providing a home for bees.

With acoustic engineering from Arup, HLW designed the roof of the new Brooklyn Steel concert venue to mitigate sound transmission outside the building.

Located between East Williamsburg and Greenpoint at 316 Frost Street, Brooklyn Steel is an 1,800-person capacity venue that is quickly becoming one of New York City’s most iconic concert venues – getting noticed for its unique and thoughtful design as much as its musical acts.

Opening its doors in April of 2017, Brooklyn Steel has since been named one of the top ten best live music venues in America by Rolling Stone Magazine.

Designed by HLW, the industrial look and feel of Brooklyn Steel drew inspiration from its former life as a steel fabrication plant.

Music promoter Bowery Presents wished to expand its roster of performance spaces with the addition of a large venue that could accommodate around 2,000 people.

After scouring Brooklyn for a site, they discovered the warehouse.

After an extensive zoning analysis and working closely with The Bowery Presents, the HLW design team led the renovation of the 20,000 s/f space to include a double-height pre-function area, a multi-tiered, acoustically tuned performance hall with a stage, balcony, three bars, multiple green rooms, a VIP lounge, and ancillary support spaces.

The most notable feature is the venue’s mobile stage, the first of its kind in New York City. The stage, along with one of the original overhead cranes holding lighting rigs, can shift to three different positions to fit appropriate capacities

For the interior, the existing gantry cranes, exposed brick, steel structure, industrial windows, and giant ventilation fans found in the warehouse were all repurposed in the final design. Unseen by visitors, is the green roof system. Home to Brooklyn’s only urban bee farming cooperative, it features a unique acoustical lid, specifically designed to not only adhere to local zoning codes, but to keep noise from the venue away from residents of the neighborhood.

Brooklyn’s only urban bee farming cooperative, it features a unique acoustical lid, specifically designed to not only adhere to local zoning codes, but to keep noise from the venue away from residents of the neighborhood.

AROUND TOWN; Events you need to know about this week

Climate research hub to be created on Governors Island