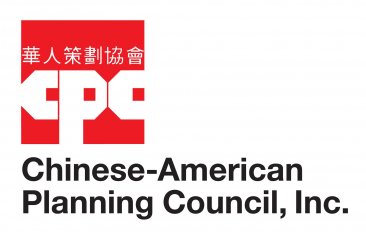 The Chinese-American Planning Council (CPC) and the Gotham Organization have moved forward with its plans to build a new 40,000 s/f headquarters for CPC, entering the City’s uniform land use review procedure (ULURP).

The proposed development will bring additional social services to the Lower East Side neighborhood with a larger, more accessible facility for CPC on Broome Street, between Norfolk and Suffolk streets.

The development plans, designed by Dattner Architects, incorporate the remains of the former Beth Hamedrash Hagadol Synagogue into the base of the 16-story Norfolk building, located at the corner of Broome and Norfolk streets.

The new congregation space and cultural heritage center will be created and opened to public access, including community events and programming. Approximately 18,600 s/f of retail space for small-scale retailers is included within the 30-story Suffolk building.

CPC was founded in the Lower East Side over 50 years ago and has been a community-based social services organization working to provide education, family support and economic empowerment to families and individuals across New York City.

CPC’s partnership with the Gotham Organization originated following an extensive RFP process in 2016.

The expanded headquarters will grow the number of individuals served by CPC to 25,000 residents, up from its current 15,000 capacity.

The organization is the nation’s largest Asian American social services organization and is the trusted partner to more than 60,000 individuals and families.

“CPC has a 54-year history of serving the Lower East Side community and, in partnership with Gotham and BHH, we have envisioned a well-rounded plan that will not only expand but also sustain our services for our neighborhood’s most vulnerable populations,” said Wayne Ho, President and CEO of CPC.

“Our hope is to create the foundation for a dynamic neighborhood that thrives well into the future.”

CPC completed the RFP process in 2017 when it chose the Gotham Organization as its partner to help plan and build the desired services, while maintaining its ongoing ownership of the property.

The Broome Street development plan is the result of more than two years of community engagement with CPC and the Gotham Organization.

As a result of community input and ongoing conversations between community leaders, CPC and the Gotham Organization, the plans are responsive to the City-wide housing crisis and considers the housing challenges faced by the Lower East Side’s growing senior population.

Of the 208 permanently affordable residences, 115 will be permanently dedicated to seniors and will be supported through an ongoing joint venture between CPC and the Gotham Organization.