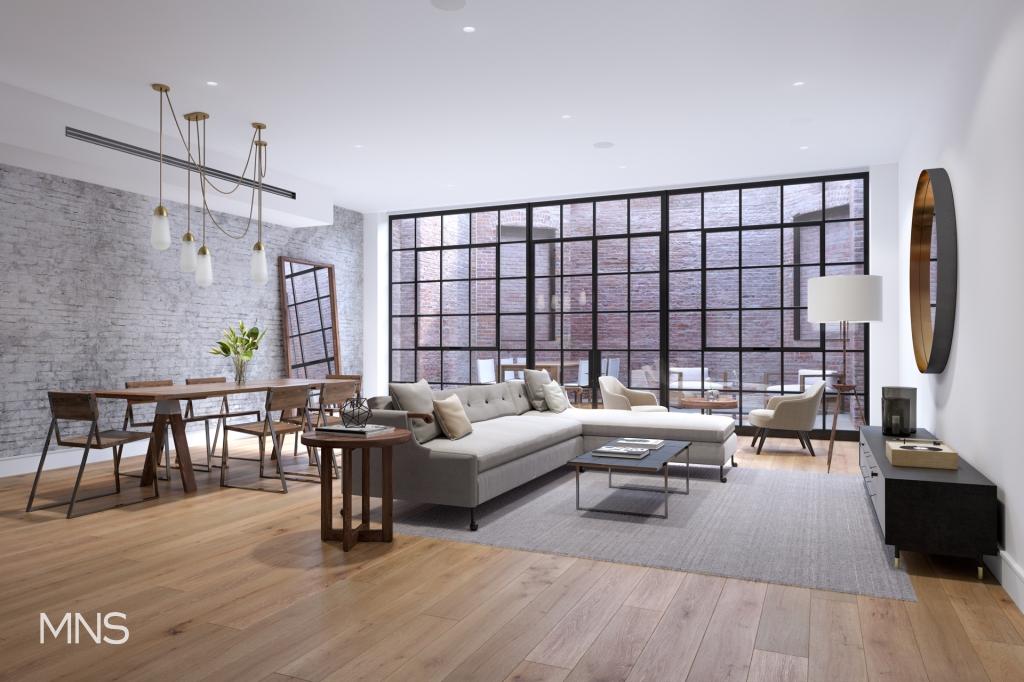 Michael Brooks has always kept an eye on innovation.

As the top agent for MNS and a driving force behind the sales of more than new 20 condo developments from Bushwick to Bed-Stuy, Williamsburg to Tribeca, Brooks is finding new ways to bring projects out of the ground and make money.

But before joining the brokerage in 2003, back when it was known as The Developers Group, Brooks dabbled in the tech sector, working for a series of startups that chased then-cutting-edge advancements that are now taken for granted, such as streaming music to cellphones and free public Wi-Fi.

“This was post-initial tech boom, so I worked for a variety of crazy startups, mostly in the wireless world,” Brooks recently told Real Estate Weekly. “I had an entrepreneurial streak and was interested in working for young companies that were trying to do something different.”

As exciting as it was to be at the forefront of those technologies, his efforts were not always fruitful.

“They’d raise a few million dollars, hire a bunch of people and inevitably the product would be too early for the market,” Brooks said. “They’d bring me in and I’d be the last one there trying to make it work.”

After four-plus years in business development, it was time for a change, so he returned to an old flame: real estate.

Born and raised in Manhattan, Brooks can remember combing through the local apartment listings, ogling the decadent designs and ornate architectures of the homes for sale throughout the city.

“I was the kid who was circling listings in the New York Times when my family was looking for new apartments,” he said. “There’s so much variety of product out there that it’s endlessly interesting to me.”

In 2003, he had an opportunity to join a different kind of startup. At the time, The Developers Group was an upstart sales and marketing firm that had just taken an office loft in Williamsburg, Brooklyn with the goal of creating a full-service advisory for developments in the burgeoning borough.

For Brooks, who had recently moved to Williamsburg as well, it represented an opportunity to channel his business development know how in a different direction, one that felt safer but no less invigorating.
“The Developers Group was the perfect blend of things I was interested in,” he said. “It was a young company that was functioning in a young company kind of way.”

Though he felt a certain energy in Williamsburg and recognized right away, Brooks said its evolution has surprised him. It’s journey from a rough-and-tumble neighborhood to highly-coveted enclave has mirrored the trajectory of his career.

His first development, The McCarren at 49-63 Engert Avenue in Greenpoint, was a trial by fire. With no prior experience, he had to learn the ins and outs of real estate development as he went. If he was swimming in uncharted waters, there was no one there to toss him a lifeline, as the condo market in North Brooklyn was virtually non-existent at the time.

“It was great, it was very successful but there were some bumpy moments along the way,” he said. “I gave some advice that wasn’t great and I had to double back to correct myself. A lot of the structure, the organization we have in place today just didn’t exist back then.”

For Brooks and his clients, the four-story building ended up being a field of dreams, because they built it and they came—the second they being buyers. A line of them showed up to sales launch and contracts went out on day one.

Brooks has finished 14 other projects since then and has six more in the works, two in Williamsburg, one in East Williamsburg, another in Greenpoint and 15 Jay Street in Tribeca, his first foray into Manhattan.

While that first job on Engert Avenue has stuck with him, Brooks said he’s steadily gained knowledge through all of the developments he’s worked on these past 15 years. The biggest lessons he’s learned is how to pick the right projects and the right partners, two things that he said are especially crucial in today’s market, in which buyers are savvier and more knowledgeable.

“I’ll turn down as many project opportunities as I take on and part of that is understanding that the buyer is going to be more informed and I want to represent something that I can stand by,” he said. “You can’t pull the wool over anyone’s eyes in New York and I wouldn’t want to.”

His key to success is getting involved with projects as early as possible so he can know and have a say in how they play out, from ground breaking to the final contract closing. At any given time, he said, he has at least three projects in various stages of development.

Although the luxury condo market has been saturated by a glut of new construction in recent years, Brooks said he remains undaunted by the task of launching a new sales effort at 15 Jay Street, a high-end, five-unit project. In fact, he said the recent slowdown of sales is a healthy sign for the market but not one he expects to hold him back.

“I’m not cavalier about it, I wouldn’t be arrogant about it but I’m not concerned about it because there’s nothing I can do about it,” Brooks said of the current state of the market. “What I think about as much as anything is the product itself, if we do it well in a city like New York, we’ll be OK.

“I’ve used the changes in market condition to my advantage over the years,” he added. “I say let’s assume it’s going to be tough, let’s develop the product that insulates us from that as much as possible.”