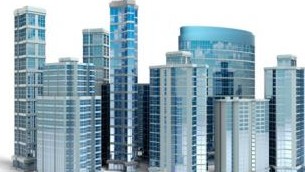 Forest City Enterprises has completed its conversion to a Real Estate investment Trust.

“We are thrilled to complete the conversion process and begin operating as a REIT,” said David J. LaRue, Forest City president and chief executive officer.

“Forest City has a rich history, from our founding by immigrant families in 1920, to becoming a public company in 1960, to this important next chapter as a REIT.

“I want to thank our shareholders for their support, and acknowledge the dedication and hard work of our internal teams and outside advisors in making this conversion a reality.”

The new Forest City Realty Trust, Inc. received the necessary shareholder approvals with for the merger at a special meeting of shareholders held on October 20, 2015.

The merger was effective as of 11:59 p.m., Eastern Time, on December 31, 2015, and was immediately followed by a conversion of Forest City Enterprises, Inc. into a Delaware limited partnership, which will serve as the operating partnership for the company.
Shareholders of Forest City Enterprises, Inc. automatically became shareholders of Forest City Realty Trust, Inc., which began operating as a REIT on January 1, 2016. Shares of the company’s common stock will continue to trade on the New York Stock Exchange under the symbols “FCEA” and “FCEB.”
In New York, Forest City operates through its subsidiary Forest City Ratner.