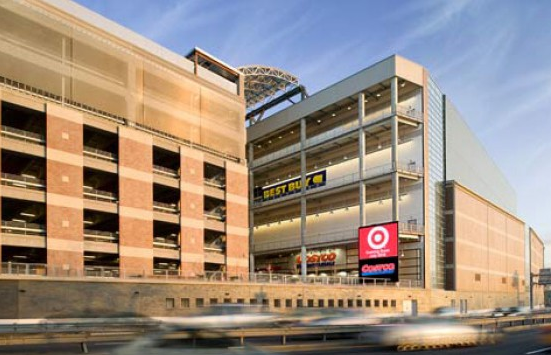 Marking a milestone that continues to create economic growth for East Harlem, the owners of East River Plaza announced that the retail complex at 116th Street and the FDR Drive is now 100% leased.

The news comes on the heels of a 14,500 s/f lease with Planet Fitness and a 15-year lease by Mt. Sinai Hospital for a community oriented dialysis center, also for 14,500 s/f of space.

They join other tenants within the five story, half a million square foot complex that includes Target, Costco, PetSmart, Aldi, GameStop, Burlington Coat Factory, Old Navy, Bob’s Discount Furniture and Marshalls, among others.

BDG vice president David Blumenfeld stated, “These two lease signings reflect the success of our shared vision of reinventing what had been an abandoned industrial factory into a vibrant commercial center that has created thousands of new jobs, generated millions of dollars in tax revenue and provided a unique and exciting retail experience.”

Prior to the first tenant moving into East River Plaza in 2009, BDG and FCRC worked closely with the leadership of public agencies including the Upper Manhattan Empowerment Zone, Empire State Development Corporation and the New York City Economic Development Corporation to turn what had been a former Brownfield site into a great new shopping destination for all New Yorkers.

“With these two leases creating a 100% leased retail complex, we have proven that the vision and hard work of so many people has fulfilled the promise of creating an economic renaissance this proud community deserved,” concluded Blumenfeld.