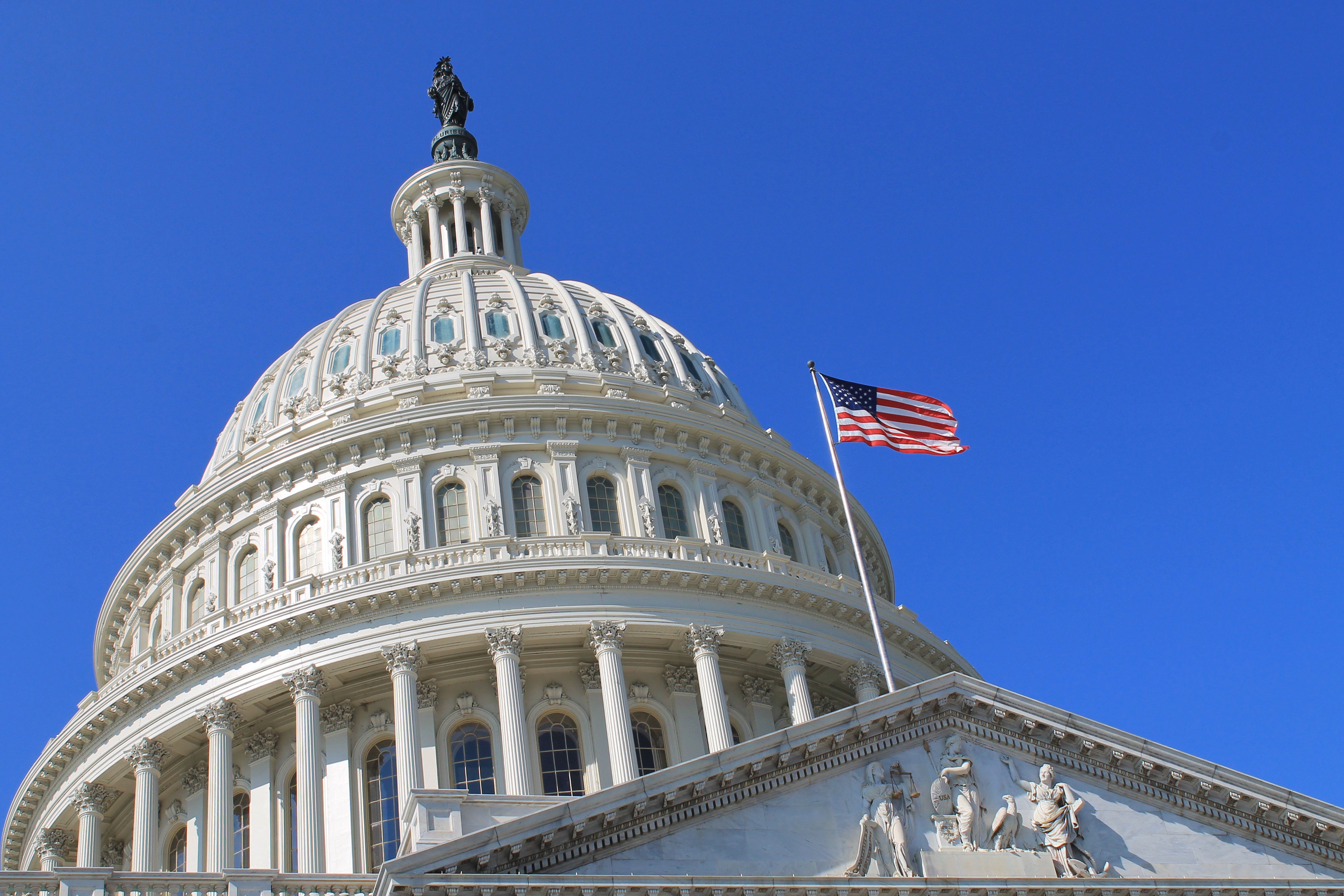 Simplicity is at the heart of the Tax Cuts and Jobs Act, as supporters in Congress and the White House maintain the bill will allow most Americans to file their tax return on a postcard.

However, tax analysts believe filing under the new code, which is expected to be signed into law by the end of the week, will require just a bit more paper for many New Yorkers and most real estate professionals.

“A postcard? No, a pass-through return will look more like a telephone book,” Abe Schlisselfeld, a partner at the accounting firm Marks Paneth LLP, said.

By increasing the standard deduction, the new code is expected to encourage more people to forego itemizing their returns. However, other wrinkles in the legislation, such as the cap of the State and Local Tax, or SALT, deduction at $10,000, the cap on mortgage interest rate deductions and a litany of calculation-based incentives, Schlisselfeld said the process will be more complicated and thus, more expensive.

Yet, thanks to friendly corporate tax adjustments and an 11th-hour add-on that offers substantial deductions to small businesses with large property portfolios, the act also holds some goodies for some in the industry, particularly those with a company ownership stake.

Championed by Congressional Republicans and President Donald Trump, the new code will be something of a mixed bag for New York’s real estate industry, at least while intricacies and unintended consequences are parsed through and hashed out.

“There’s a lot in it to confuse the industry,” Anchin Accounting and Advisors partner Marc Wieder said. “This is an extremely complicated tax code.”

When the GOP bill first plunged into the waters of public discourse it sent a ripple of fear through New York, New Jersey, California and other high-tax states because it eliminated the SALT deduction. Despite political push-back that skeptics believed would stymie the heretofore dysfunctional government, the SALT deduction’s days appear numbered.

Combined with a new mortgage interest rate deduction that caps qualifying loans at $750,000, the striking the SALT deduction could deal a punishing blow to the housing market in New York City as well as Long Island and Westchester County suburbs, Wieder said.

“They project the housing values will go down by 10 percent and I think there will also be fewer buyers,” he said. “When you go to the suburbs you kind of have a circular effect, if they can’t deduct their local taxes they might not want to vote for school tax increases, which means the districts then have to turn to the state for more funding and how does it get more money? By raising taxes.”

In Manhattan, for a married couple with one child, a combined income of $232,000 and a $1.25 million mortgage on an apartment, Wieder estimates an annual tax increase of at least $4,000.

Schlisselfeld agreed that a softening in the New York housing market will be a likely side effect of the tax reform and he believes it will deter some people from moving here but he also believes there will be ways to work around the issue, such as through charitable donations to state programs that can be used as tax writes offs in lieu of taxes.

“We’re not even at hour one, this thing hasn’t even passed yet and we’re working on creative solutions,” Schlisselfeld said on Tuesday afternoon. “So, I haven’t given up hope just yet.”

While the residential real estate market has been thrown for a loop, the commercial sector seems poised to benefit more from the tax restructuring.

“It’s going to do a little of everything,” Sandy Davis, a partner at Akerman LLP, said. “The reduction of the corporate rate in the U.S. in conjunction with the more favorable regulatory environment that’s unfolding under the Trump administration and already leading to increased confidence in the stock market, with those factors I see more businesses moving to the U.S.”

The bill slashes the federal corporate from 35 percent to 21 percent, allows companies to repatriate offshore funds without heavy penalties and it aims to lure foreign job-creators with tax-friendly policies.

Also, to keep them competitive with larger C companies, the Republicans included incentives for so-called “pass-throughs”—small businesses that pass their incomes through their owners to be taxed as personal income—such as deductions for wages paid and depreciable assets.

Under the bill, pass-throughs that make less than $315,000 in a year get up to a 20 percent deduction to their taxable income. Companies that make more can qualify for deductions based on formulas outlined in the legislation.

This provision was added Monday as a last-minute caveat to sway Republican senators, such as Tennessee’s Bob Corker, who were undecided. The inclusion was widely criticized as many observers equated it to a buy off for members of Congress who, like Corker, own sizable real estate LLCs or LLPs and can take advantage of the 2.5 percent credit.

Wieder said it appears that Trump, whose family remains heavily involved in the real estate markets throughout the country and around the globe, played a helping hand in getting tax breaks for pass-throughs included in the package. Although, he noted that some changes, such as the provision capping net operating deductions for losses at $500,000 and limiting carryover deductions, would have hurt Trump, who reportedly used a net operating loss of $916 million in 1995 to avoid taxes for 18 years.

“It’s tough to say how this tax bill would have affected Mr. Trump because we haven’t seen his tax returns,” Wieder said. “For all we know he could be in the 12 percent bracket.”

The bill also gives additional discounts to individuals who have an ownership stake in a business, be they a sole proprietor or partner. Because of this, in certain instances, highly-paid employees can be taxed at a higher rate (37 percent) than their boss (29.6 percent).

However, qualified business income deductions will not be available for married couples making $500,000 or individuals making $250,000 if the taxpayer earns income through a “specified service activity,” which includes doctors, lawyers, attorneys and brokers.

Another provision in the tax bill that could impact the real estate industry is the change to the Historic Rehabilitation Tax Credit, which offered a 25-percent tax credit to anyone who refurbished a certified historical site as well as a 10-percent credit for work done on a building constructed before 1936, regardless of its historical classification. Under the Tax Cuts and Jobs Act, the 10-percent credit will no longer be available.

Though it’s not real estate-specific, the tax bill also eliminates the tax penalty created by the Affordable Care Act for uninsured individuals, essentially removing the teeth from the law commonly known as Obamacare.

For the roughly $2.6 trillion being stashed in offshore by American companies in foreign tax havens, the U.S. will offer a one-time 8.8 percent tax on liquid assets and a 15 percent tax on cash. These funds will be taxed regardless of whether they remain offshore or not, but the tax bill allows them to be brought back to the States without facing a double penalty.

There are concerns that allowing this money back will only result in stock buybacks and investor dividends, as was the case during the last U.S. tax holiday in 2004. Davis said he doesn’t believe that will happen again, but if it does he doesn’t believe it would be the worst thing.

“Major, major companies have accumulated a few trillion offshore and I think while there’s speculation or cynicism that the money won’t come back or be invested properly, I think it will be reinvested into the economy and have a multiplying effect,” Davis said. “The opposite of that would, perhaps, be that the funds would be used to benefit shareholders but even in that scenario, the recipients of that money would, hopefully, reinvest it into the economy.”

A few real estate-related instruments avoided the chopping block, albeit narrowly, including the 1031 Exchange, which allows sellers of high-priced items to postpone having to pay taxes on the proceeds if they reinvest them into a similar item. The bill eliminates this exemption for all items except real estate.

Also, a previous version of the bill stripped state and local governments from their ability to issue tax-free private activity bonds, which are used to help pay for special projects, such as public housing developments, but that exemption was removed from the final language of the legislation.

“Private activity bonds are being used to create half the units of affordable housing being built with the Low Income Housing Tax Credit, if they were to cut the creation of these units in half at a time when doubling the creation would be a good idea, it would be devastating,” Beth Mullen, national director of the accounting firm CohnReznick’s affordable housing practice, said. “Luckily, the Senate did not follow the Houses and left that portion off.”