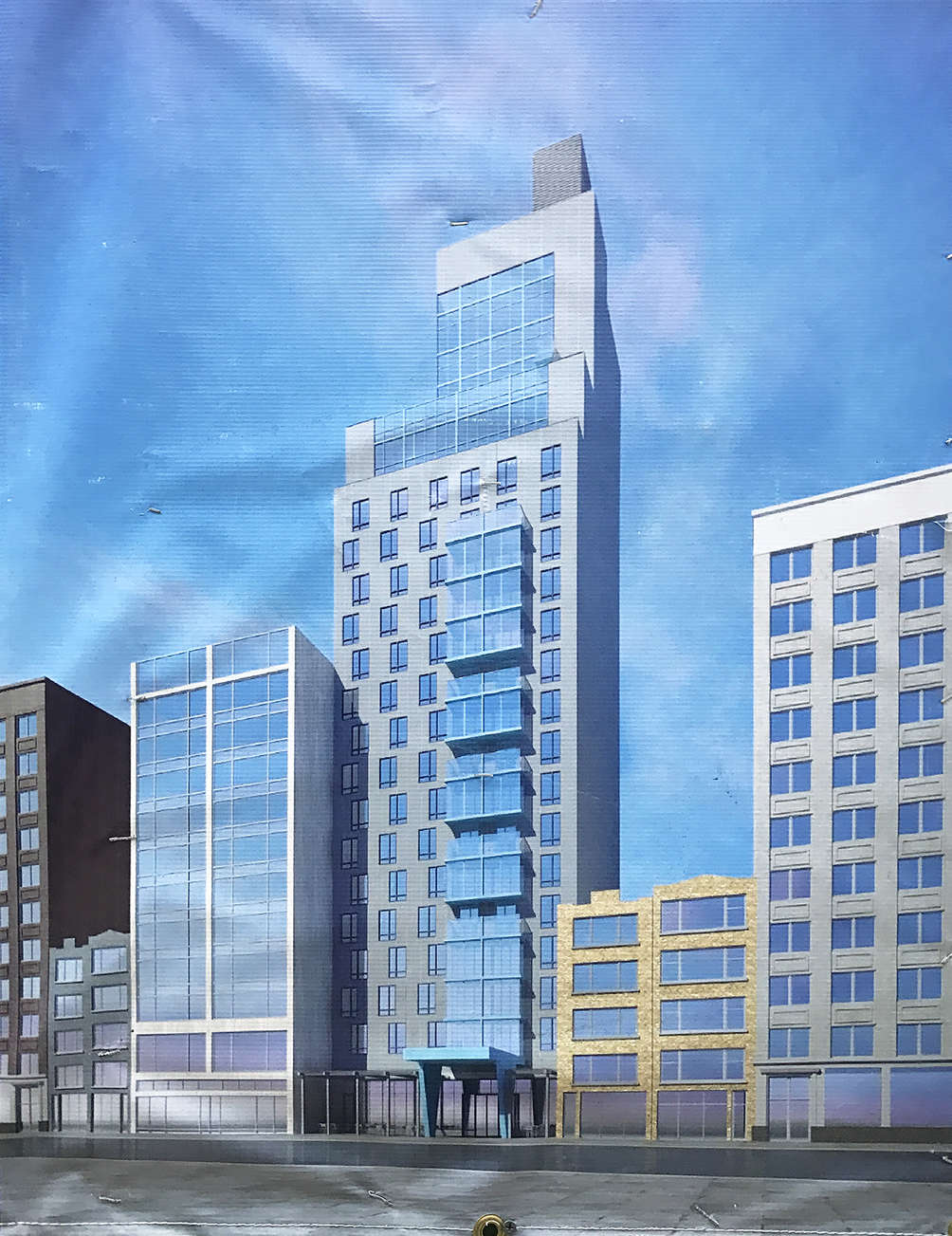 Kent Swig’s Falcon Pacific Builders has been tapped to build a new 200-room Jade Hotel at 36 West 38th Street in the Garment District.

Developed by Onboard Hospitality, the new 21- story hotel will be completed in the Fall of 2020. The architect for the project is Gene Kaufman Architects.

Onboard Hospitality picked up the site for $19.3 million in 2017 when it was sold as part of an auction of the former Gemini Real Estate Asset Management portfolio. Gemini had planned its own 19-story hotel, but the company filed for bankruptcy in 2015.

Falcon Pacific Builders CEO Carl Schwartz  and Joe Caraciolo, COO,  said construction on the new hotel got underway yesterday (Tuesday). “It will be a spectacular hotel in the fast-growing Madison Avenue corridor of Manhattan,” added Schwartz.

The Garment District, situated between 5th and 9th Avenues, from 34th to 42nd Streets, has seen a hotel boom in recent years. There are 42 existing hotels  within its boundaries and  12 more currently under construction or in development.

Since 2014, the number of hotel guests staying in the neighborhood has risen 69 percent, according to the Garment District Alliance, averaging over 1.5 million every year.