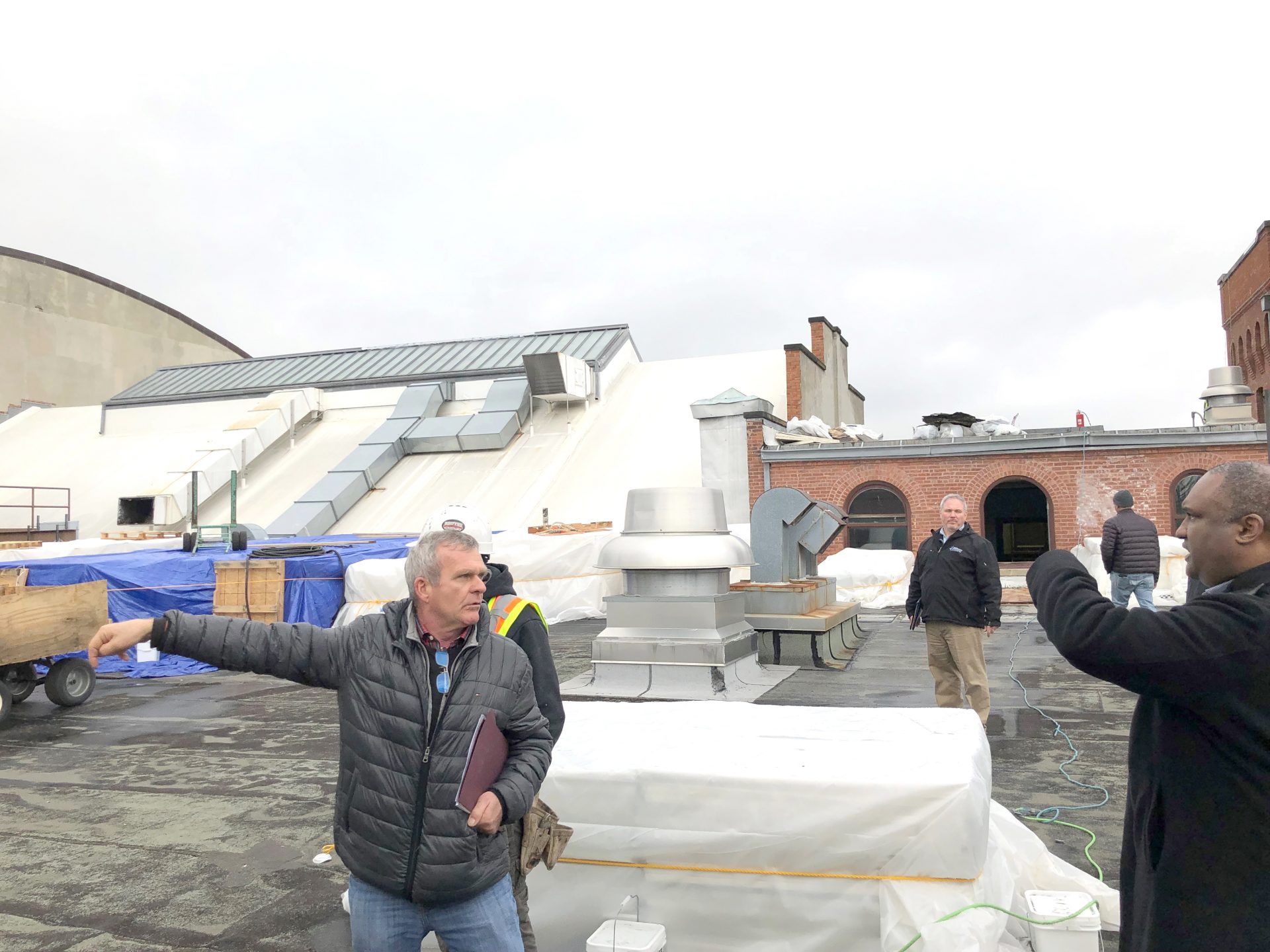 Marvel comics’ Avengers may be this season’s big screen blockbusters, but it’s members of the city’s Shelter Repair Squad who are turning out to be the real-life heroes of hundreds of New Yorkers.

Instead of power punches and x-ray eyes, they have hammers, nails and good intentions to help turn around a system that’s been failing for years.

“Thanks to the Mayor’s revamped Shelter Repair Squad, we’re making progress transforming a haphazard shelter system that developed over many decades, redoubling inspections of our facilities and reducing violations by 87 percent in traditional shelters,” said Isaac McGinn, a spokesperson for the Department of Homeless Services (DHS).

“We’ve also allocated hundreds of millions of dollars to make major renovations improving shelter conditions that have built up due to years of disinvestment—and will continue making progress restoring our infrastructure as we turn the tide on this citywide challenge.”

On the front line of the assault on the city’s unprecedented homeless crisis are Peter Bafitis, and Alex Brito, principals at RKTB architectural firm which has been working with the DHS for the past four years improving conditions within a motley collection of shelters while working towards a standardized design for 90 new structures the city is planning to build.

Engaging architects to organize and lead upgrades of shelters — including many facilities closed due to code violations — is underway in cities from Seattle to Boston, where homelessness is on the rise. In New York City, for example, architects like Brito and Bafitis spend their days visiting shelters, determining critical work needed, and overseeing corrective actions by municipal officials and contractors. Their work accelerates the availability of needed shelters, say some advocates.

“Partnerships like these help meet rising demand for shelters by quickly, effectively resolving health and safety violations that may force a shelter to close its doors,” said Brito. “Our goal is to see them opened, safe and operational, as fast as possible.”

“Our company is one that had built its reputation on performing design services with a social consciousness to it,” Bafitis explained. “The work we tend to do revolves around social equity, affordable housing, homeless shelter design, supportive housing, community development, so aligning ourselves with DHS was something that was near and dear to us.”

But the RKTB architects soon discovered this was no easy task. Their work began with straightforward repair and renovation but has since evolved to include more inspections and code compliance actions. “The nature of the problem of homelessness is a long and complicated one,” Bafitis admitted. “When we started doing this, we quickly learned how convoluted the problem really is.”

“It could be something as simple as broken floor tiles that may become a tripping hazard, a light that’s not working properly, to windows that are not working and cause heat loss,” Brito said. “Some of these violations can turn into projects for the team at our offices here and we’ll go out and do further inspections.”

But one of the major causes of the difficulties in fixing shelters is the wide variety of buildings that house the homeless. Throughout the city, RKTB has worked on shelters that were previously armories, converted school buildings and apartment buildings that ranged in size from eight units to 192 units.

“When you go into a poorly-run shelter, it is heartbreaking because it doesn’t shelter the population it was designed to serve,” Bafitis said. “People understandably have issues and complain about it, but the converse is true, too, where a well-run shelter by a good provider is a joyous place to be.”

Acknowledging the growing problem, the city has committed to addressing homeless head-on with a five-year plan announced in 2017 to revamp the shelter system, called Turning the Tide on Homelessness. The plan would build the 90 new homeless shelters with on-site support services, while getting rid of 360 cluster sites and hotels used for the homeless.

For RKTB, one of the best ways to reform homeless shelters is having a standardized design for 90 new structures the city is planning to build. Bafitis said if the design was uniform with the same materials, same room sizes, and space for services, the costs of building and maintaining a shelter would be reduced.

RKTB has seen the results already with their work and said it was a testament to the power of public-private partnerships to address complex and daunting issues. Bafitis explained that it’s not often that governments can fund such repair and maintenance initiatives, so offering some profit to private companies is mutually beneficial. But choosing the right company makes all the difference, Bafitis said.

“I think it really works when the private entities, the not-for-profits and people like us really have a stake in the game, where this is their mission and their philosophy is an altruistic one,” Bafitis said. “Then that really works for everyone.”

According to DHS, new York City homelessness grew 115 percent between 1994 and 2014 as a result of many factors, including losing more than 150,000 rent-stabilized units, increasing rents and tighter vacancy rates.