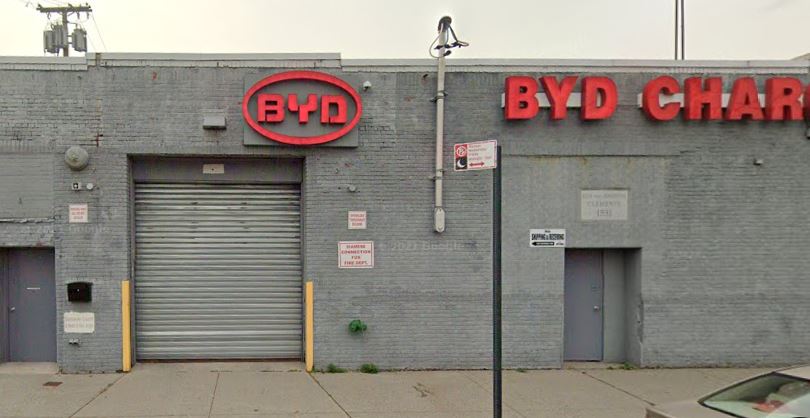 An electric vehicle charging station operated by a Warren Buffet-backed auto company in the Bronx has traded for $3.8 million.

Cushman & Wakefield announced that it arranged the sale of 1481 Blondell Avenue, a 14,580s/f charging center operated by BYD Automobile, the automotive subsidiary of the Chinese multinational BYD Co Ltd.

Buffet’s Berkshire Hathaway holds an 8.2 percent stake in the Chinese electric automaker – more than it does of General Motors – which sold more than 130,000 pure-electric passenger cars last year. In June, BYD sold 51,015 vehicles alone, as overall sales increased by 51 per cent amid a boom in demand for plug-in hybrid vehicles.

Jonathan Squires, who along with Josh Neustadter, represented BYD in the sale, said the transaction was indicative of a shift in investor appetite.

“Over the past six months, we have witnessed the impact the evolution of the automobile has had on the Bronx real estate market,” said Squires. “Investor appetite has clearly shifted as some of our most recent sales have included gas stations, parking garages, a taxi depot and now an electric car charging center. We are currently marketing or have under contract a used car lot, a muffler shop and an entire block of auto repair shops.”

The charging site at 1481 Blondell Avenue features three drive in entrances with curb-cuts around the perimeter of the building and 15 foot ceilings throughout the lower level.

BYD bought the site for $1.55 million in 2014. They installed a heavy power supply and used it as a charging station for a fleet of electric vehicles, including ride share drivers.

According to public records, the buyer was Joseph Pogostin’s Tremont Garage Realty.

The sale comes as the city amps up a program to increase the number of EV charging stations. In June, the city’s first curbside electric-vehicle charging station opened in the Norwood section of the Bronx, with 100 curbside ports across the five boroughs set to be installed by October.

Electric-vehicle use has grown dramatically in recent years: New York City now has nearly 15,000 registered EVs, over 5,000 of which were purchased just in the last year.

The city is partnering with FLO, a North American charging network operator for EVs under contract with Con Edison. Charging will cost $2.50 per hour during the day (7am-7pm) and $1.00 per hour overnight. A daytime charge will be equivalent to fueling up at a gas station, while overnight charging may be over 60 percent cheaper.

The citywide pilot program aims to increase the adoption of EVs, critical to reducing greenhouse gas emissions and air pollution, and will enable New York City to meet its goal of carbon neutrality by 2050.

“Transportation is responsible for nearly 30 percent of the city’s greenhouse gas emissions, most of which come from passenger cars,” said NYC DOT Commissioner Hank Gutman. “With sales of EVs at record levels, now is the time to develop a robust, convenient and publicly-accessible charging network so that more New Yorkers can go electric.”

Globally, there could be as many as 20 million public charging points installed by 2030, according to the  International Energy Agency as global sales of electric vehicles rise to 56 million units by 2040.