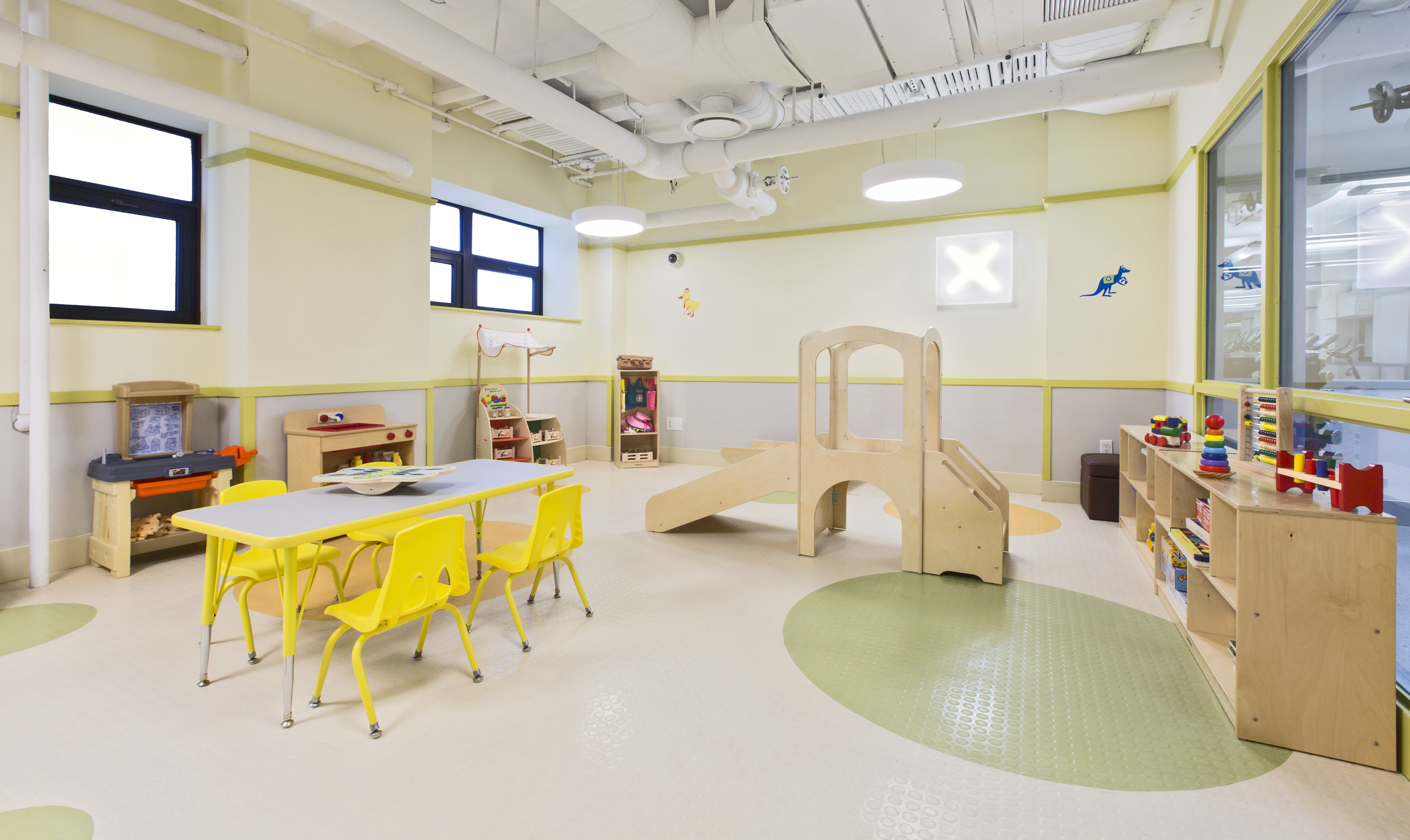 Check out any teen/tween musical act and you’ll be sure to see a litany of middle-aged and probably bored parents, standing amongst the fray of kids.

It’s a scene that underscores a reality that’s been evident in America for about 60 years. Cash may be earned by adults but buying power rarely revolves solely around them.

In light of this, it’s no surprise that many of New York’s more desirable residences make sure to include plenty of amenities that are geared towards children and parents.

“I think that with as much development that has been going on, the bar for amenities has risen,” said Stribling’s Robert McCain, director of sales at Philip House. “Depending on where the development is located, who the target demographic is etc., you’ll have a different amenity mix.

“The mix of buyers in our building is as diverse as New York City, but it ends up that we have a lot of young families that live here.”

“It gives (parents) a level of comfort that the developer is trying to hit all of these different kinds of needs.”
Philip House is located in the desirable Carnegie Hill neighborhood. It’s family-friendly features include a playroom located next to the in-house gym so that parents can keep their children close while squeezing in a workout.

“We have here a children’s playroom which is adjacent to our exercise room; they’re separated by a glass partition window,” said McCain.

“Exercise and babysitting at the same time.”

The area, which is geared towards younger children and toddlers, is stocked with blocks, toys, and pint-sized furniture. McCain dubbed it the territory where “children can come and make a mess.”

“It’s a pretty good place for them to be able to stretch out, to have the blocks all over the place and have some fun,” he told Brokers Weekly.

The families who take up residence in Philip House, where units range from just under $3 million to $16 million,have older kids and teens to accommodate as well.

McCain’s on top of that, too.

“There’s another room next to the playroom that has a large-screen television with a gaming system and some furniture and a foosball table where kids can come and hang out. The idea behind that was to make it for kids that are older when it’s raining and they really can’t go outside, or they just need a place where they can blow off some steam and parents want to make sure they’re safe.”

Julia Boland, a broker at William Raveis New York, agrees with McCain that the bar has been raised for buildings that want to better accommodate residents who have families.

“We do see an awful lot of younger couples that are interested in knowing about those amenities and planning for their future,” Boland said when describing the types of house-hunters she typically deals with.

Boland also stressed the importance of providing two separate recreational areas for minors, much like Philip House elected to do.

“In each building, we have a huge playroom, class studio, gym and lounges,” said Leila Timergaleeva, director of residential sales and district operations at the CompleteBody health club next to 10 Hanover in the Financial District.

Timergaleeva’s club offers free perks for residents of the adjacent building, including child-oriented activities. The activities and events help bring the parents — and potential buyers — into the gym. Eventually, a semi-captive audience is born.

“There are not just people who like fitness, there are people [living in the building] who don’t like fitness as well. I have to bring them to the club,” she says.

While a playroom has become both a draw and an expected amenity of the luxury residential package, a property in Jersey City is able to push that envelope a bit.

Maya Autret, director of marketing for the Newport family of buildings on the waterfront, said, “Now, all the newer buildings are getting kids playrooms and the older buildings have been outfitted with play rooms.”

Newport stands out because, although it is not exclusive to residents, the property opens up to an urban beach where children and families can enjoy the outdoors.

Autret said the beach “stands out” and serves as a “very unique selling feature.

“These things go a long way and they do come into play when people come to renew their lease.”

Even the most sought-after residences may not have access to a beach, but there are other ways to step up your children’s entertainment game.

The Lara, a 30-story rental building on Nassau Street, took their playrooms to the next level when they installed an impressive video game room on the sixth floor with a large assortment of major consoles.

All the experts that we spoke with stressed that while properties cannot target a specific audience, failing to provide for a family’s needs is a foolish decision due to the high number of home-seekers that are toting along youngsters.