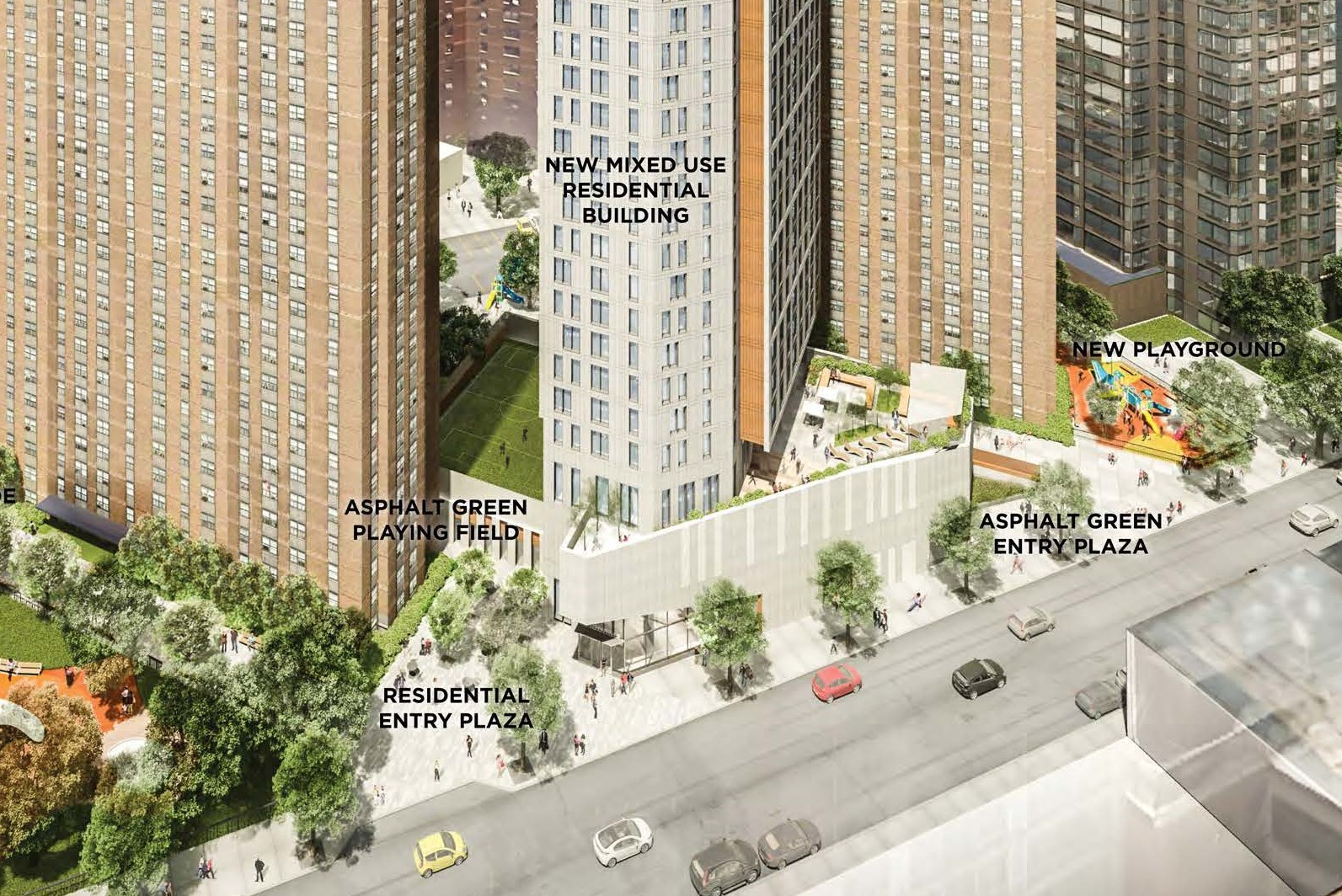 Who has the courage to stand up for public housing?

The New York City Housing Authority recently released a request for proposals seeking developers to build affordable housing on sites in Manhattan and The Bronx, and Brooklyn.

The new housing is part of a plan known as NextGeneration NYCHA to develop 10,000 affordable apartments over 10 years on housing authority property. NYCHA’s NextGen Neighborhood plan would provide new funds to repair the Authority’s crumbling buildings and ensure a better future for public housing residents. With looming federal budget cuts, this NextGen strategy – which raises cash through development on NYCHA land – represents the only real path to generating desperately needed revenue.

In addition to releasing new requests for proposals, NYCHA also recently selected a developer for its first mixed-income NextGen building next to Yorkville’s Holmes Towers – a plan that will provide even more revenue for repairs. At a time when NYCHA needs funds and New York City needs more rental housing, opposition to this plan is misguided. Attempts to block the Yorkville plan would be a grave mistake and would set a dangerous precedent that could hurt public housing for generations to come.

The question is: who will make the tough choice and support the development NYCHA needs to survive?

To better grasp why NextGen is so crucial to NYCHA’s future, it is important to understand what the Authority has actually proposed at Holmes Towers, why it has done so and how the plan would impact residents.

Holmes Towers requires millions of dollars to fund repairs to critical infrastructure such as elevators, heating and cooling systems and apartment interiors. Virtually every other NYCHA development is facing similar challenges and the Authority does not have the financial resources to solve this citywide problem. As long as these buildings remain unrepaired, public housing residents will continue to be unhappy and feel – understandably – that their needs are not being prioritized.

To generate the necessary funds, NYCHA’s NextGen proposal would enable a developer to build a new mixed-income apartment building on land – currently a playground – adjacent to Holmes Towers. In exchange for the right to build, the developer would pay NYCHA $25 million, which would allow the Authority to immediately begin repairing buildings at Holmes Towers and its other developments across the city.

To address the loss of the existing 3,500-square-foot Holmes Towers playground, NYCHA urged its developer to build new playground space alongside its mixed-income building – and the developer has now agreed to provide more than 14,000 square feet of new playground and open space. Additionally, the developer chose to include a new recreational and community center at the base of its mixed-income building, and has committed to ensuring free and reduced-cost recreational programming for NYCHA residents.

The result is a win-win for residents and NYCHA as a whole. Repairs to existing buildings will improve quality of life, and residents will also benefit from their development’s new playground space and recreational facilities.

But if the plan – which has sparked predictable opposition – is blocked, none of this will take place. Most importantly, no revenue will be generated and repairs won’t happen. And that initial failure could force the city to withdraw any additional NextGen proposals, meaning that other opportunities for raising funds would fall by the wayside.

This is a great opportunity to save NYCHA’s housing stock from further deterioration, protect families, and increase our housing supply.

So, the question remains: who will stand up for the future of public housing?

There’s still time to sign up for the 2017 REBNY Golf & Tennis Outing on Monday, July 3, at the North Shore Country Club in Glen Head, New York. Visit rebny.com to register. If you have questions, or you are interested in sponsorship opportunities, please email Cindy Ramotar at cramotar@rebny.com.

The NYC Department of Veterans’ Services is working with private sector partners to leverage and expand the  resources needed to provide subsidized housing to veterans. To support this effort, we are partnering with the Department of Veterans’ Services for REBNY’s 9th Annual Summer Donation Drive. REBNY members are encouraged to participate by donating new or like new kitchen items including silverware, cooking utensils, pots and pans, plates, cups, cleaning essentials, and more. Donations may be dropped off at REBNY mailroom (570 Lexington Avenue, Lower Level) through Friday, September 8th. For more information and drop off times, visit REBNY.com. To make a monetary donation, please contact Jeanne Oliver-Taylor at JTaylor@rebny.com.