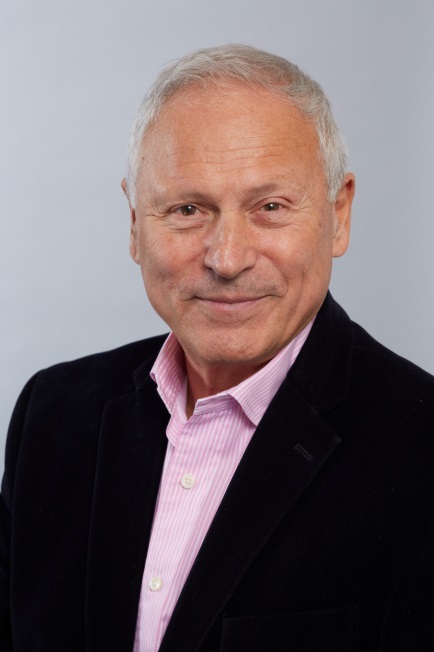 Veteran real estate developer Harry Gross, president and chief executive of G. Holdings, a Manhattan-based real estate development firm, has received the 2013 “Development of the Year” award from the Americas Lodging Investment Summit (ALIS) for the tallest hotel-only building in the nation, a 68-story tower at 1717 Broadway at 54th Street in Midtown Manhattan.
The building, designed by Nobutaka Ashihara Architect, is the first “double-decker” hotel in the country, housing two select-service Marriott brands on top of one another: a 378-room Courtyard by Marriott Central Park, and a 261-suite Residence Inn by Marriott Central Park.
Executives and companies responsible for the most influential hospitality industry developments were honored by the ALIS on Wednesday, January 29, 2014 at the JW Marriott and NOKIA Theatre at L.A. Live in Los Angeles. The ALIS is the largest hotel investment conference in the world.
“We are honored, humbled and extremely grateful to have won the Development of the Year Award for our project at 1717 Broadway that houses the Residence Inn by Marriott Central Park and the Courtyard by Marriott Central Park,” said Gross.
“We are most pleased with the results that incorporate the latest technological advances, mixed with human expression through art that prevails throughout the building.
“In the spirit of the first ever ground-up Courtyard in Manhattan, which we developed in 1998, we are looking forward to continuing to innovate in partnership with the Marriott organization. Congratulations, as well, to Ron Gross, the project manager, for the flawless execution of this complex structure.”

“This location — at one of the city’s newest, most prestigious towers and alongside other like-minded tenants — is ideal for MTB, so our challenge was to create a headquarters that was equally suited to its unique needs,” said Marc Spector, AIA, NCARB and a principal at Spector Group.
“The facility provides the highest possible levels of safety and security, yet is flexible enough to accommodate MTB’s retail customers and international visitors and provide them with elegant, sophisticated surroundings.”
The design includes a main office area, which can be entered only after passing through glass enclosed security vestibules, as well as private client retail transaction rooms around the space’s exterior, all offering views of the New York City skyline.
Spector worked with EXTELL, the building’s management company, and JRM Construction, the project’s general contractor, as well as the in-house team at MTB, to deliver the space .

Racanelli Construction Company announced the completion of a $2.7 million custom renovation project on behalf of Walgreens.
Serving as a General Contractor on the project, Racanelli renovated an existing 20,000 s/f, four-story historical building located in Brooklyn. The building was formerly occupied by a bank.
Posing a challenge in the project were the building’s dilapidated conditions. Standard building materials and high quality construction techniques were incorporated to rehabilitate the structure and create a modern drugstore environment.
Among the newly renovated building’s most striking features is its high vaulted, dome ceiling.
Overseeing the project were Martin J. Racanelli, Jr., Michael Marshall and Ken Rocchio.

The Port Authority of New York and New Jersey (PANYNJ) has awarded a contract to Parsons Brinckerhoff for airport consulting services.
Under the on-call contract, Parsons Brinckerhoff will perform a variety of services involving airport facility planning, airport capacity planning, and financial and business analyses of capital projects for PANYNJ airports including Newark Liberty International, John F. Kennedy International, La Guardia, Teterboro, Atlantic City, and Stewart International airports.
Projects to be performed will fall under the PANYNJ’s airport improvement program (AIP), for which funding is provided by the Federal Aviation Administration or the Transportation Security Administration.

The Crowne Plaza JFK Airport New York has been re-imagined with interior and exterior design by Gene Kaufman Architect (GKA).
The hotel is now open and welcoming tourists and travelers from around the world.
“The Crowne Plaza sits just ¼ mile from one of the busiest air terminals in the world,” said Gene Kaufman, founder of GKA.
“We wanted to incorporate this location and context into the hotel’s design, giving visitors a sense of what it would be like to view the area from the sky. Using NASA flight maps of JFK, we overlaid them on the geometry of the hotel.
“We chose a dark blue glass façade to simulate sky conditions and incorporated design details that echo the vapor stream of jets which resurface throughout the lobby and public spaces of the hotel. We also opened the vista of the lobby, offering a direct view through to the airport and adding the visual drama of planes taking flight to the guest experience.”