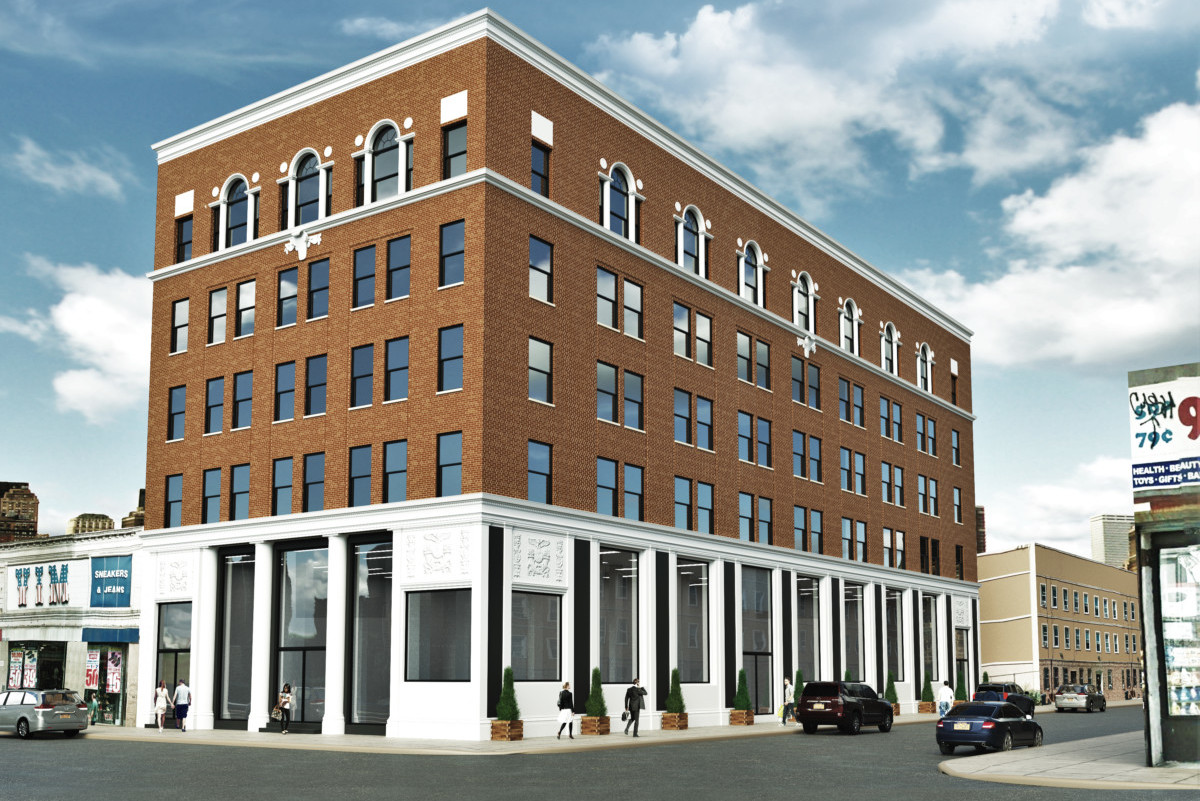 The Worldwide Leasing Team of Faith Hope Consolo at Douglas Elliman has been awarded the exclusive agency to lease the retail space at 815 Broadway, known as the Globe Exchange Bank Building, on the northwest corner of Ellery Street, where Bushwick borders Williamsburg, in Brooklyn.

“The Globe Exchange Bank Building is undergoing an intensive renovation that is paying homage to the building’s rich history, including the full restoration of the double-height retail space on the ground floor,ˮ said Consolo.

“This area is changing rapidly, and the recent signing of a 30,000 s/f lease for a new Brooklyn Commons co-working space on the block testifies to the intense demand.ˮ

The popularity of Williamsburg has extended into Bushwick. Hip restaurants Roberta’s and 983 and cocktail bars Happyfun Hideaway and Bizarre are within walking distance from the location, which is accessible via the Flushing Avenue J, M, Z subway stop at the top of the block.

Designed by turn-of-the-century architecture firm Mowbray and Uffinger – responsible for the classic Dime Savings Bank, at DeKalb Avenue and Fleet Street – the Globe Exchange Bank Building was considered to be the area’s largest and most modern office building when inaugurated in 1927.

The façade still boasts the original bank logos, with a globe flanked by an eagle, nestled amidst twin cornucopia, symbols of plenty and prosperity.

After hosting a series of banks, the final tenant before the building was sold in 2014 was a Conway Department Store.