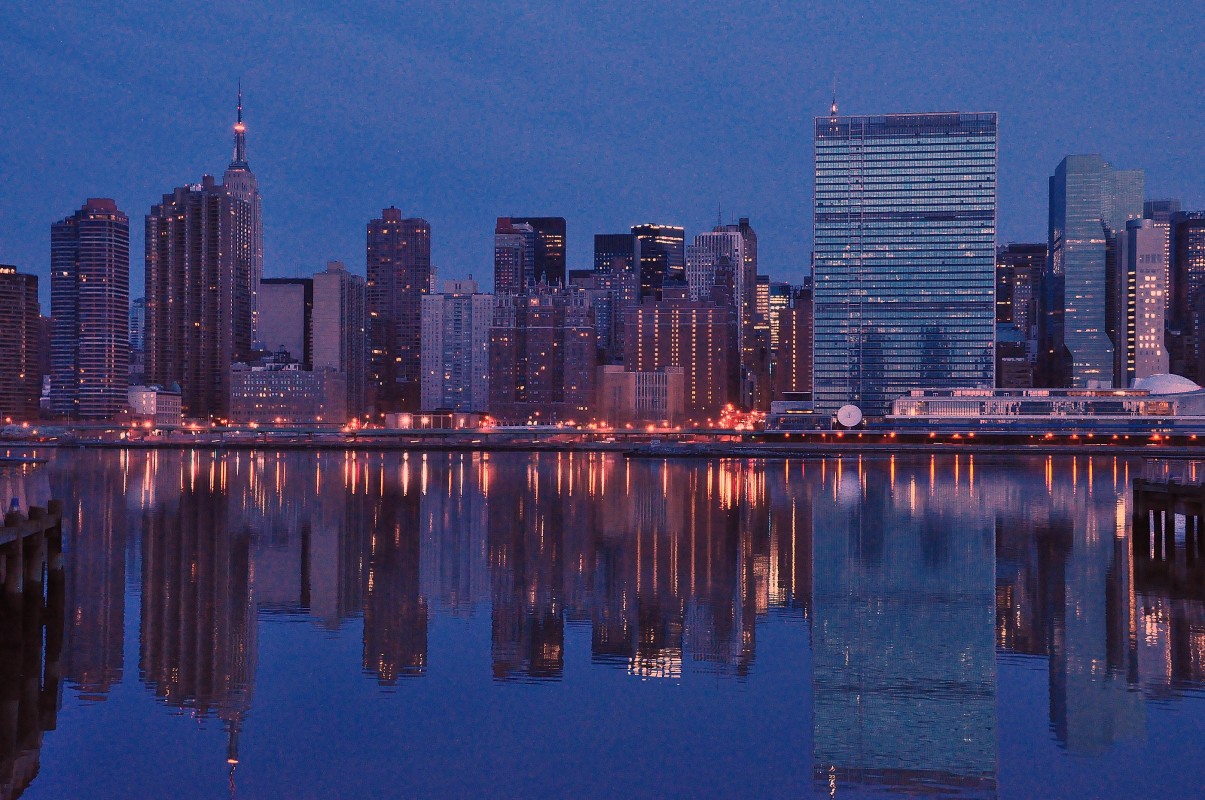 LIC apartments getting smaller as more people move there

As Long Island City’s residential stock has grown exponentially in the last several years, as glassy towers by TF Cornerstone and Rockrose pop up along the waterfront, LIC stakeholders are preparing for the next wave of residential development.

Eric Benaim, the founder of Modern Spaces, a real estate brokerage and marketing firm, has strong roots in Long Island City. In the nine years since launching his firm, Benaim has opened offices in Manhattan, Astoria, and Brooklyn, and has 70 percent of the market share of Long Island City in listings. He said his firm has successfully marketed more than $4 billion in sales.

“Five years ago when we were planning units with developers to draw people here, we’d plan a lot of larger-sized units,” said Benaim at the Long Island City Summit last week. One bedrooms were built with square footage ranging from 730 to 800 s/f, two bedrooms had more than 1,000 s/f, and three bedrooms were built in the 1,400 to 1,500 s/f range. “We were doing that pretty much to draw people over here from Manhattan or other areas.”

Now that the neighborhood has become a popular choice for renters and buyers looking for easy access into Manhattan, and because prospective residents have become more price-conscious, unit size has dropped.

“Now we’re planning a lot of those units more efficiently, so now sizes of studios start in the low 400’s, one bedrooms start in the low 600’s, two bedrooms even as small as 800 and change, and three beds starting at 1,100,” said Benaim.

Re-configuring unit size wasn’t the only change they made over the years. When Benaim and his firm first began focusing on the LIC market ten years ago, they thought it would take the path of Williamsburg and draw artists. Instead, the neighborhood drew more families and young professionals.

According to data from the Long Island City Partnership, since 2006, more than 12,800 residential units have been completed, with 10,000 of those rentals, and 2,800 as condos. The total number of residential units currently in planning or under construction is 21,500, and the neighborhood has over 170,000 residents.

As the neighborhood grows its residential stock, city officials and developers are highly anticipating new retail opening in the area to serve the residents, something that has been sorely lacking in some parts of Long Island City. The neighborhood currently has over 265,000 existing square feet of retail, and is expecting to have more than 465,000 additional square feet by 2020.

“That really is what the zoning conceived of when we were first were coming up with the idea of what mixed-use zoning could do,” said John Young, director of the New York City Department of City Planning’s Queens office.

Seventeen years ago, Young first started working on a study of rezoning the Court Square and Queens Plaza area. Now they are working on another core study for Long Island City. “As we’ve seen the area evolve over these past seventeen years, we do think there’s a need to come back and reiterate that Long Island City’s future should be mixed-use,” he said.

Two of the biggest projects underway in the Long Island City area – Queens Plaza Park and Hallett’s Point – are being developed by the Durst Organization.

The company acquired the Queens Plaza Park development site at 29-37 41st Avenue – known as the Clock Tower development site – in late 2016. The previous owners, Property Markets Group and the Hakim Organization, had planned for to build Long Island City’s tallest condo tower, but they ended up selling it to the Durst Organization for $175 milion.

Now, the company is planning to build a 1 million s/f luxury rental tower, with 25 percent of the units set aside as affordable apartments.

“That’s a site that we can do something special with, and that’s why we were attracted to it,” said Zach Adler, the director of transactions for the Durst Organization.

Halletts Point, the Durst Organization’s seven-building, $1.5 billion Astoria mega-project, will have 2,400 apartment units once completed. The project recently signed signed a long-term lease with Brooklyn Harvest Market for a 25,000 s/f store in the first of the seven towers. Set to open in 2018, the development will create a waterfront park and add a school to the neighborhood, and will have around 483 affordable apartments.

With so much change happening in Long Island City, there have been questions about how that will affect long time residents and businesses, but architect L. Stephen Hill, who co-founded Hill West Architects and has worked on projects in Long Island City, said that neighborhood change is inevitable, and often that change is positive rather than negative.

“No neighborhood stays the same, and don’t worry about Long Island City getting more expensive, because the rest of the city’s getting more expensive at the same time, so it all holds itself in balance,” said Hill. “But I do think that New Yorkers specifically end up being very loyal to particular neighborhoods. I think it’s something that evolves, like every other borough of the city.”