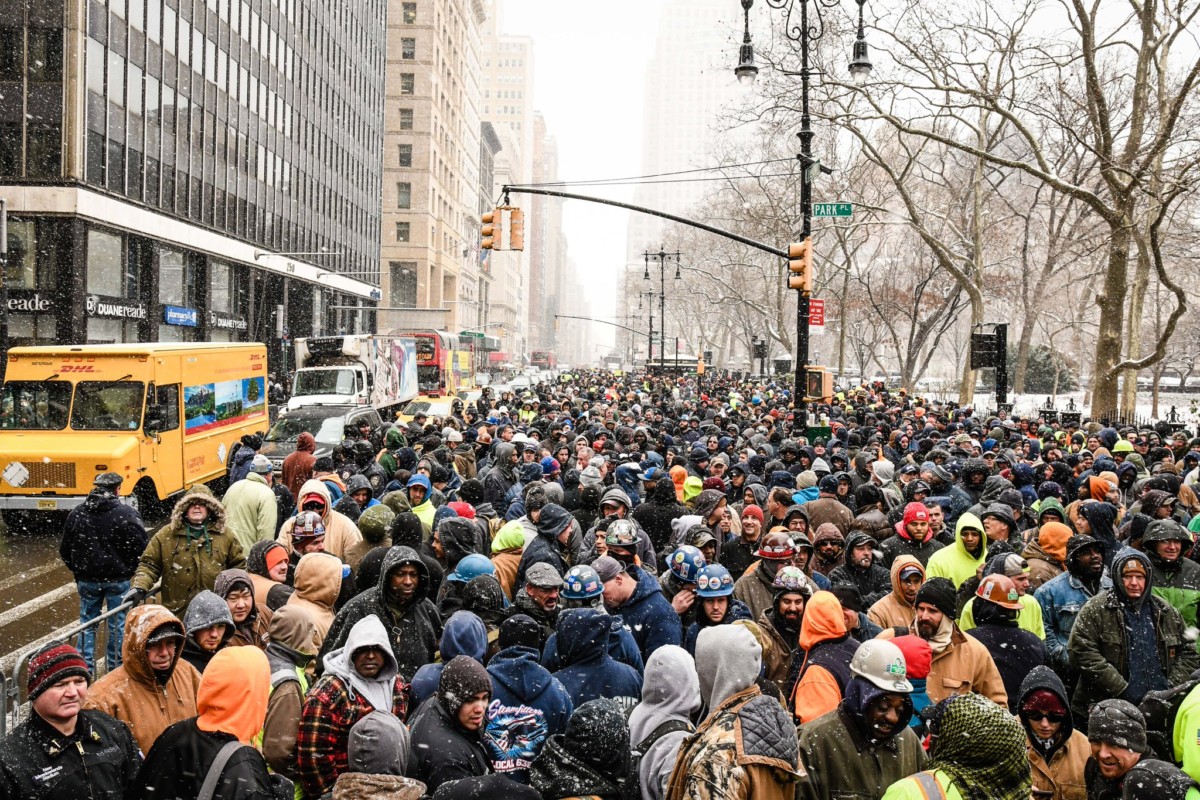 The New York City Council is set to vote on a bill that would mandate at least 40 hours of training for construction workers across the city.

Intro. 1447, which was crafted as a reaction to a spate of construction worker deaths, is likely headed for approval after stalling repeatedly. The bill, which was originally expected to pass last June, cleared its last legislative hurdles after a review conducted by both the de Blasio administration and the City Council. The chamber is expected to vote on the legislation on Wednesday.

According to a joint statement released by City Council members Melissa Mark-Viverito, Carlos Menchaca and Jumaane Williams, the final version of the bill includes provisions such as mandating site safety requirements for workers at most construction sites, requiring 40-55 hours of safety training and allowing workers to fulfill training requirements through an apprenticeship program.

“The wellbeing of all New Yorkers is tantamount, and legislation to ensure safety on and around the hundreds of construction sites that operate each day in our city has been long overdue,” said Speaker Melissa Mark-Viverito. “The Council will continue to look for productive ways to improve safety standards and protect workers and the public.”

“It is absolutely essential that construction workers around New York City receive necessary safety training, and we in the Council are committed to making that training more accessible,” added Williams. “I’m very pleased that this program will help ensure that all workers, regardless of affiliation, get the training they need to stay safe on the job, and that the public will also be protected.”

As expected, the fault lines for the bill fall between construction unions and the city’s real estate lobby.

“We urge the City Council to pass Intro 1447, which is critical to putting an end to these avoidable deaths and protecting the lives of construction workers and the public alike. This is an epidemic that must end now,” said Gary LaBarbera, the president of the Building and Construction Trades Council of Greater New York.

LaBarbera, who said that “construction is one of the most dangerous industries in New York City,” made the statement after two construction deaths last Thursday. The victims were Juan Chonillo, a worker at the 1 Seaport Residences, and an unidentified man who was operating a forklift cage at One Manhattan West. The accidents happened just hours apart from each other.

The Real Estate Board of New York, meanwhile, has been critical of the proposal. In a statement, John Banks, the organization’s president, said that the legislation may lead to workers losing their jobs.

“We share the goal of the Mayor and the City Council to improve safety at every construction site.  The latest version of the legislation is an improvement. However, it fails to address basic questions like ensuring there will be sufficient training providers or how workers without an on-going relationship with a contractor will pay for and obtain training,” Banks said.

“Unfortunately, the legislation continues to claim union apprenticeship training is the same as safety training.  This legislation runs the risk of putting tens of thousands of construction workers on the unemployment line.  We will continue to advocate that the City put in place a regime that will actually improve construction safety without depriving City residents the opportunity to access construction jobs that have historically served as a path to the middle class.”

Intro 1447 was passed at the committee level last week. The bill is part of a package of 18 bills released last January called the Construction Safety Act.

There have been seven construction deaths in the city this year. The first one happened in April at a construction site at 1604 Broadway. There were 12 deaths each in 2015 and 2016.