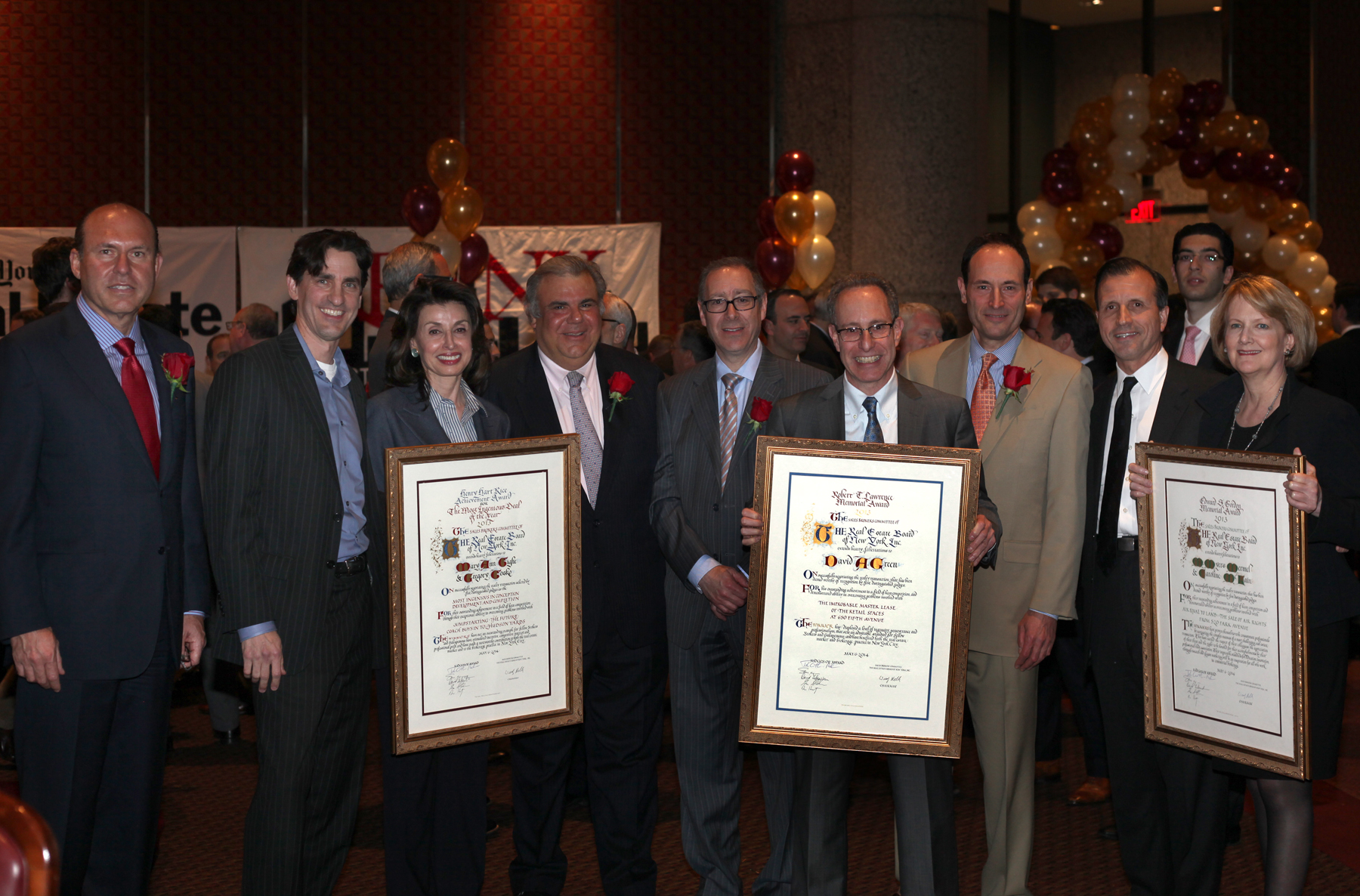 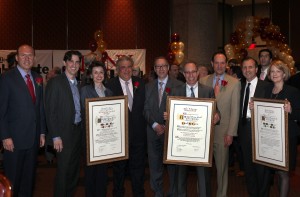 Last night (Tuesday) the real estate industry honored five of the city’s most ingenious dealmakers for their ground-breaking transactions in 2013, at The Real Estate Board of New York’s (REBNY) 70th Annual Commercial Sales Brokers Committee Cocktail party at the 101 club.

The winners of 2013’s Ingenious Deal of the Year Awards are:

· Mary Ann Tighe and Gregory Tosko of CBRE, was honored with the first place Henry Hart Rice Award for “Jumpstarting the Future: Coach Buys in to Hudson Yards.”

· David A. Green of Cushman & Wakefield, was presented with the second place Robert T. Lawrence Award for “The Improbable Master Lease of the Retail Spaces at 650 Fifth Avenue.”

· M. Myers Mermel and Caroline McLain of TenantWise, were awarded the third place Edward S. Gordon Award for “Air Equal to Land: The Sale of Air Rights from 520 Park Avenue.”

The Ingenious Deal of the Year Awardshighlight the year’s most ingenious and creative sale, lease or finance deals, and recognize dealmakers that demonstrate the most ingenuity, creativity and professional skill.

“These leading brokers have proven themselves to be consummate professionals by navigating the complex nuances of the most challenging real estate transactions,” said Steven Spinola, REBNY President. “They have earned the respect of their colleagues, the appreciation of their clients and the right to be honored for their accomplishments by the industry. Their impeccable standards for dedication, innovation, thorough research and elegant marketing are an inspiration to all who work in commercial brokerage.”

The first place winners, Mary Ann Tighe and Gregory Tosko of CBRE, arranged Coach Inc.’s purchase of its new headquarters, the 737,000-square-foot office condo at the rising Hudson Yards development. The intricate, seven-year process dating back to 2007 when the Hudson Yards development was not even a twinkle in the eyes of Coach, set a plan in motion for the company to bring all of its Manhattan operations under one roof. This deal allowed them to have significant influence on the ultimate developer selection and architectural design of their space, while aligning their real estate to the 21st century reality of a global company. Through ingenious strategy, market insight and perseverance, Tighe and Tosko successfully worked with a number of parties including Related Companies, Oxford Properties, L’Oreal, SAP, Starwood and JP Morgan Chase, managing the stakeholders’ interests, perceptions, and concerns to secure the ground-breaking deal. Coach’s commitment became a major catalyst for the Hudson Yards development in helping to attract other tenants and has been a significant driver for the neighborhood now taking shape.

This is Mary Ann Tighe’s seventh Ingenious Deal of the Year Award and Gregory Tosko’s sixth. Tighe and Tosko were honored with the Henry Hart Rice Award in 2007, 2001 and 1996, and presented with the Robert T. Lawrence Memorial Award in 2011. Tighe was also the recipient of theLawrence award in 1997 and 1992, while Tosko received the Lawrence award in 2000.

Taking second place was David A. Green of Cushman & Wakefield who engineered and executed the improbable master lease of the retail portion at 650 Fifth Avenue to a joint venture between SL Green Realty Corp and Jeff Sutton. The master lease unlocked the value in the existing long-term leases for tenants Juicy Couture, Godiva and Devon & Blakely on the ground floor, second floor, and lower level, and also included the vacant retail space on the third floor. From inception to creation, Green’s creative hand in this master lease stabilized and dramatically increased the value of the building by adding one of the largest REITs and retail real estate players to its tenant roster.

The third place award was presented to M. Myers Mermel and Caroline McLain of TenantWise for arranging the sale of air rights from the Christ Church United Methodist at 520 Park Avenue to Zeckendorf Development. The principals overcame numerous obstacles during the 14-year process, and employed multidimensional methodology throughout negotiations to win over the developer and complete the assemblage. This innovative transaction enabled a small non-profit to achieve a record per square foot price from the only possible buyer of the air rights, who owns the neighboring development site.