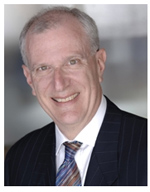 2013 was one of the most complex and surprising years in Manhattan real estate history.

Inventory was at all-time lows while prices leapt to all-time highs. Brooklyn, Harlem, the Lower East Side, Washington Heights all saw a major increase in million and multi-million dollar home sales.

Fifty Seventh Street is turning into not only Billionaire’s Row, but also into a row of absurdly high, shadow-casting towers catering primarily to foreigners eager to invest in a New York in which none plan to spend more than a few weeks every year.

Perhaps in reaction to the dark windows these buildings present to the street after dark, many new condos outside the midtown area are now looking for buyers who plan to use the units as primary residences.
And increasing numbers of primary residence purchasers in these buildings are ASKING about this when they buy! Nonetheless, new condominiums are selling for record prices all over town; they form the highest level in what is increasingly a three tiered pyramid of price-per-square-foot residential values: new condos at the top; older condos, which increasingly have Board package requirements linking them more closely with co-ops, in the middle; then co-ops themselves at the pyramid base.

From its inception, 2013 defied expectations.

Many predicted that following the rush to close deals before the tax laws changed at the end of 2012, we would see a quiet first quarter. In fact, the pace of sales never lost momentum. Low inventory, which had plagued the market through the latter part of 2012, dropped even lower in the early months of 2013, perhaps reflecting a realization on the part of high end sellers that the new tax burden on capital gains made it more sensible to just close a few doors rather than to scale down.
Competitive bidding became the norm, especially in the two bedroom market between $1 million and $1.5 million, where every well-priced property seemed to have fifty Open House attendees followed by twenty offers!

In spite of this pace, the market was, in its own way, disciplined.

Proper pricing remained critical to selling success. The moment a property fell outside of what buyers perceived to be appropriate price parameters, it received no attention. Few showings. No offers. The buying population in these post-recession years wants perceived value for their dollar. So once the price was brought within the right zone, business would pick up dramatically.

This has been particularly true in the high end co-op market. In this rarefied atmosphere, sellers were inspired by what they read to believe that their properties could be valued like the new condominiums. But of course they couldn’t; the constituency for co-ops, which is far more local because of the stringent rules regarding financial disclosure, was by and large simply not spending at the $8000 to $10,000 per square foot level.

So many of these properties have languished on the market for months or even years. Those which have sold traded at prices considerably less inflated than those at which they had first been listed.

The collision of market forces of supply and demand was nowhere more evident than in Brooklyn.

One of my agents recently gave me a little pouch; prominently printed on it are the words “I live in Manhattan because I can’t afford Brooklyn.” And that says it all.

The changing demographics of the city, and the appreciation by ever growing hordes of twenty and thirty-something’s that the lower-rise, more informal Brooklyn lifestyle makes it their borough of choice, not necessity, have completely changed the dynamics of buying there.

Price escalations in some parts of the borough approached 20% during 2013, and EVERY good property sold within a couple of weeks, assuming once again that the price had some relationship to the market. We have seen a similar absorption of supply in other once peripheral markets like Harlem, where both townhouses and new condominiums have been snapped up at rapidly escalating prices amidst dwindling supply. And in recent months Long Island City has seen a couple of townhouse sales for over $2 million as the urban excitement spreads into Queens.

Census data continues to show that urban areas are growing as their magnetic pull draws in more and more people; at this point over 80% of the American population lives in such areas. The New York area is the largest, and it continues to grow. As an international center, it attracts both recent immigrants and foreign investors. The diverse life style choices and extraordinary cultural amenities make it, increasingly, somewhere for baby boomers to age in place.

The recession of 2008/2009, which shrank the financial industry, has encouraged diversification of the city’s economic base; that loss of Wall Street dominance has in many ways proved to be a boon for us rather than a disaster.

There is little inventory at the best of times, since New York housing stock, even now, is over 70% rental (though for reasons no one can fully explain, the rental market cooled this year even in the face of dwindling sales supply.) We at Warburg therefore predict a 2014 which looks similar to 2013: strong demand but short supply.

Price sensitivity coupled with multiple bidding for appropriately priced properties. Strong absorption and price appreciation in formerly peripheral areas (for example, multi-million dollar townhouse sales in Bed-Stuy!) We don’t know how the year will end, but I can tell you how it is beginning: BUSY!

What has REBNY done for me lately?