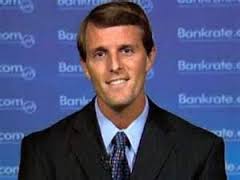 2014 is set to be the year of rising mortgage rates, but experts say New York has little reason to worry.

Mortgage rates have been at record lows since 2008, depressed by a weak economy and massive Fed bond-buying.
Under its various stages of quantitative easing, the Federal Reserve has not only been buying bonds, but also mortgage-backed securities in an attempt to keep mortgage rates low and promote a house-prices recovery.

But as the Fed took the first step in winding down its bond-buying in December and the economy continues to grow, mortgage rates are expected to rise as well.

According to Zillow, 30-year fixed mortgage rates hovered between 4.38 and 4.42 percent for the majority of last week, while Bankrate had them at 4.64 percent. McBride believes these rates will rise above 5 percent in the first half of 2014.

“In the second half it could touch 5.5 percent, provided that the economy continues to improve and that the Fed is able to dial back bond purchases,” he added.

Cushman & Wakefield’s chief economist Ken McCarthy has a slightly more conservative estimate: “I wouldn’t be surprised if the 30-year rate is at five percent by year’s end, maybe even higher,” he said. One reason why this expected rise will likely have little impact is that mortgage rates will still be very low. “We’ve been spoiled by low rates recently, but the average mortgage rate over the past 30 years has been 7.5 percent,” said McBride.

He added that an expected rise in inflation could continue to keep real interest rates – nominal rates minus inflation – low.

Another reason for optimism is the fact that rising mortgage rates will be a sign of an economic recovery, which is good news for New York real estate. “The reason why the fed is tapering with its bond buying is that the underlying economy is picking up,” said Ken McCarthy of Cushman & Wakefield. He added that economic indicators for the fourth quarter of 2013 “are looking pretty healthy right now.”

A growing economy means people have more money to buy homes or lease office space, which could more than offset a rise in mortgage rates.

But while rising rates are unlikely to stop price growth, they can still affect individuals. “It will take some people out of a first-time buying opportunity,” said Melissa Cohn, executive vice president at Guaranteed Rate and founder of the Manhattan Mortgage Company.

She added that low-income buyers would be disproportionately affected.

While rising fees by Fannie Mae and Freddie Mac aren’t a problem for now, a rapid mortgage-rate hike could still unsettle the housing market. “A lot of it has to do with pace,” said Greg McBride. “If it’s a slow, steady rise in the context of growing economy, it won’t derail the recovery.”

“If, however, we see something like 2013, when a year’s worth of mortgage-rate increases took place during six weeks in summer, potential buyers can decide to stay out of the market.”

Changing federal fees and regulations could pose another challenge to borrowers.

The new federal Ability-to-Repay rule, which took effect last Friday, is designed to protect consumers from receiving unaffordable loans. In effect, lenders now have to prove that borrowers can afford a mortgage and are held accountable if they don’t.

The law is part of the Dodd-Frank Wall Street Reform and Consumer Protection Act, passed in 2010 to prevent the type of reckless lending that led to the financial crisis of 2008.

Although the law will make lending safer and is long-overdue, it may also make it more difficult for some borrowers to get jumbo loans, according to Zillow’s Rick Grant.

A hike in the fees Fannie Mae and Freddie Mac charge for guaranteeing mortgages could also be a bane for low-income buyers.

The Federal Housing Finance Agency initially announced such a hike, but then put it on hold last Wednesday.

“I want to fully understand these implications before deciding whether to move forward with any adjustments to g-fee pricing,” FHFA director Mel Watt said in a prepared statement.

He also announced the FHFA would give a three-month notice before changing fees.