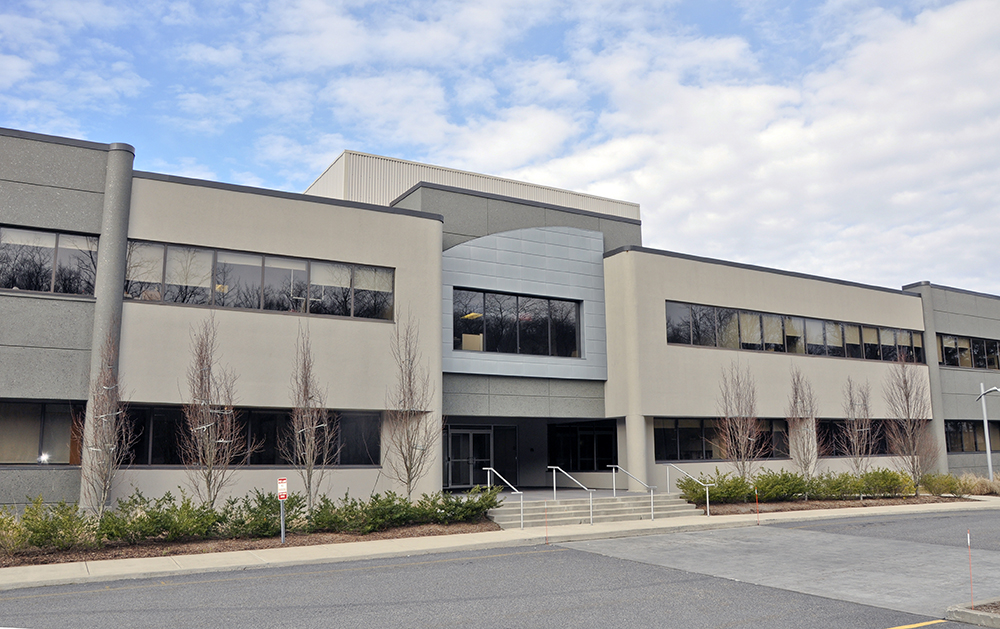 Jeffrey Dunne, Steven Bardsley and Erik Edeen of CBRE’s New York Institutional Group represented Wilton 372 Associates LLC, an affiliated entity of Luzern Associates LLC in the sale of Wilton 372 for $19.2 million.
The team was also responsible for procuring the buyer, Wilton LGSE LLC, a joint venture between Summit Development and The Grossman Companies.
Wilton 372 is a 92,500 s/f office building repositioned by Luzern into a boutique class A office environment within the Wilton Route 7 corridor. The property hails its “cost effective rentˮ that is 35% less than the rents in the CBD of Stamford.
The purchase now positions the buyers to “capture tenants seeking high quality, value alternatives on both the North and South ends of Route 7,ˮ according to Dunne.

Shorenstein Properties LLC has acquired Center Plaza, a transit-oriented mixed-use property totaling 717,128 s/f in the heart of Boston. Terms of the transaction were not disclosed.

Developed by Beacon Capital in phases in the late 1960s and early 1970s, the property consists of three nine-story buildings consisting of 620,000 s/f of office, 77,000 s/f of retail, 19,000 s/f of storage space, and a 575-car garage.
“We believe this property is well positioned to benefit from our ability to add value over time through hands-on management and leasing expertise,” said Douglas Shorenstein, chairman and CEO, Shorenstein Properties LLC.
Shorenstein completed the acquisition of Center Plaza on behalf of its tenth fund, Shorenstein Realty Investors Ten, L.P., which it formed in 2010 with $1.233 billion of committed capital.
This is Shorenstein’s fourth acquisition in the Boston market since embarking on its fund format in the early 1990s and its second area acquisition for Fund Ten.

The 56,000 s/f Bloomfield A&P was purchased for $11,005,000, subject to an existing mortgage in the amount of $7,700,000.
Willing Biddle, CEO of Urstadt Biddle Properties Inc. said, “We are very pleased that we have continued our expansion into the New Jersey suburbs, which helps fulfill one of our company goals of investing in high-quality, grocery-anchored shopping centers in the suburban areas surrounding New York City.”
James Aries, director of acquisitions, added that the Bloomfield Center has strong leasing upside and Boonton is “a solid, 100 percent leased grocery-anchored shopping center in our core marketplace.ˮ

Wharton Equity Partners, a New York City and Miami-based investment firm, has acquired a portfolio of 18 rental apartment communities located across six states in the eastern third of the US.

The transaction, which totaled roughly $250 million, adds 4,179 units to Wharton Equity’s expanding portfolio of multi-family properties..
Wharton completed the transaction in joint venture with an institutional partner and BH Management, a multifamily operator who will serve as property manager with Wharton Equity providing asset management and oversight.
Peter C Lewis, president and founder of Wharton Equity, said the deal is the latest in a series as the company expands “substantially increasesˮ its multifamily holdings.
“From approximately 18 months ago, we have acquired almost 6,400 units and spent over $400 million in purchasing multifamily properties,” said Lewis.
“I am proud of what our team has achieved in such a short period of time, and believe we are well positioned to significantly grow from here.”

William Macklowe Company (WMC) closed on the purchase of 156 William Street, which it plans to re-invent as a medical office building.
“We believe this is the highest and best use for the asset as it will fill a critical need in this dynamic and evolving business and residential community,” said CEO Billy Macklowe, whose firm acquired the 12-story Emery Roth-designed office building from Capstone Realty Advisors for $62.5 million.
Opened in 1955, the L-shaped building has 250,000 s/f of office space, some of which is already leased to medical tenants such as Weill Cornell Medical Center and New York Downtown Hospital.
Another 100,000 s/f is scheduled to be vacated in mid-2014 and WMC is discussing a variety of renovations and upgrades specifically designed to appeal to health care tenancies.
Adam Spies, of Eastdil Secured, represented the seller.

Ziel Feldman, founder of HFZ Capital Group, has purchased The Shore Club South Beach in Miami in conjunction with an affiliate of Fortress Investment Group.

Philips International will also continue to be involved with the new ownership of the luxury, boutique resort at 1901 Collins Avenue in Miami Beach, Florida.
Feldman said he plans to reposition the 309-key luxury hotel which includes a tower addition designed by British architect David Chipperfield.
“We have an extraordinary, once-in-a-lifetime opportunity to re-imagine and reposition a world-class property in a market that has seen continued demand for luxury properties,” said Feldman.

Been there, done that; RFR close to filling another turnaround building