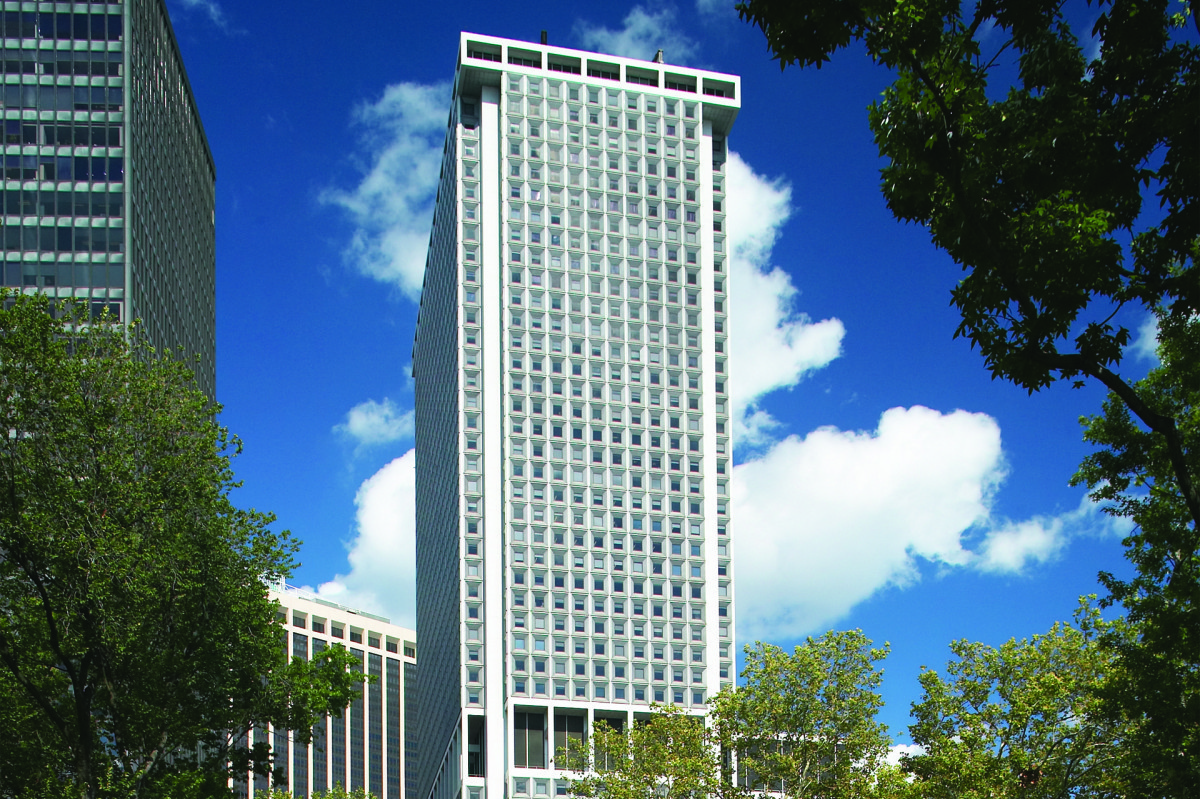 Brookfield Property Partners announced that it has executed seven leases for its 40,000 s/f retail area at One New York Plaza.

The 2.6-million-square-foot office building located on the southeastern tip of Manhattan is undergoing a $14 million redevelopment to its retail concourse, located in the two lower levels, which will include five quick-casual eateries, a health club and service retail. The project is scheduled for completion by the beginning of 2015.

New eateries coming to One New York Plaza include:
* Chop’t will lease 2,400 square feet. Craig Hantgan of Esquire Properties represented the tenant. Chop’t recently opened another location at Brookfield Place at 225 Liberty St.
* Chipotle will open a 1,800 s/f store. Kenneth Hochhauser of Winick Realty was the broker for Chipotle.

New retailers to come online this winter include:
* Retro Fitness will open a 17,000 s/f gym and was represented by Brian Katz of Katz & Associates.
* Cobbler Express signed a 950 s/f lease. Cobbler Express currently operates another location at Brookfield Place at 200 Liberty St.
* Optometric Arts will lease 950 s/f. This high-end optician was formerly a tenant at Brookfield Place.
* Gateway News will lease 921 s/f and is a returning tenant. Gateway was represented itself.

Brookfield was represented in-house by Hogan and Mark Kostic for all leases. For Chipotle, Starbucks, Retro Fitness, Cobbler Express and Optometric Arts, Steven E. Baker and Kenneth Hochhauser of Winick Realty assisted Brookfield. For Chop’t, Baker worked with Brookfield to secure the lease.

“We are proud to be working with Brookfield to reposition the retail concourse at One New York Plaza, bringing exciting new retail to the building and the surrounding community,” said Steven E. Baker, president of Winick Realty Group. “We look forward to announcing even more retail deals at the property in the coming months.”

One New York Plaza tenants include Morgan Stanley and Fried Frank and it will soon be home to Revlon and Macmillan Science and Education.