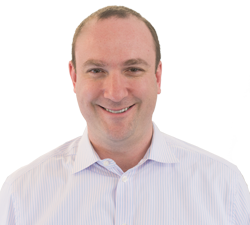 Beginning August 1, Century Management will refer Urban Compass exclusively throughout its New York City portfolio, which includes over 80 buildings and over 10,000 residential units.

Urban Compass’ agents will be assigned to Century properties and become building specialists. Working with Century’s building managers, they will work in areas from leasing to complex board packages.

“Century Management and Urban Compass have a shared mission to deliver the best service and experience to our clients,” explained Gordon Golub, chief residential real estate officer at Urban Compass. “Like Urban Compass, Century is also committed to a strong online presence, which makes our relationship a natural fit as we continue to grow as a firm.”

Kim, who most recently served as senior vice president of design at Extell Development Company, will direct designers, analysts, and marketing talent to bring developers’ visions to reality. He will use his expertise to advise clients in the pre-development stage for each asset.

“We’re excited to build out our new development team under the leadership of Roy Kim,” said Robert Reffkin, founder and CEO of Urban Compass. “Roy has worked on more than $10 billion worth of luxury development throughout the city, making him the ideal candidate to lead this endeavor.”

“I’m incredibly excited to join Urban Compass – a forward-thinking company that shares my passion for innovation and commitment to client service,” Kim said. “I look forward to helping shape the company’s new development strategy and championing their continued growth.”

At Extell, Kim  oversaw design for some of the developer’s most high-profile projects, including One57, The Carlton House, The Lucida, The Aldyn, One Riverside Park, the Park Hyatt, Hyatt Times Square and the International Gem Tower.

Prior to joining Extell, he served as director of pre-development for Corcoran Sunshine Marketing Group, where he advised clients on the design of multiple luxury developments including 184 Kent Avenue, 166 Perry Street, One Jackson Square and New York by Gehry.

A graduate of the University of British Columbia, Kim has taught at Columbia University and is a board member for Open House New York. He has been featured in design videos with Kelly Ripa and a PBS documentary.

Since its launch in May 2013, the Urban Compass has welcomed several top-producing real estate agents from some of Manhattan’s most esteemed firms.  In June , Urban Compass brought top Douglas Elliman brokers Leonard Steinberg and Hervé Senequier on board.

Massey Knakal continues to grow its presence in the Garden State