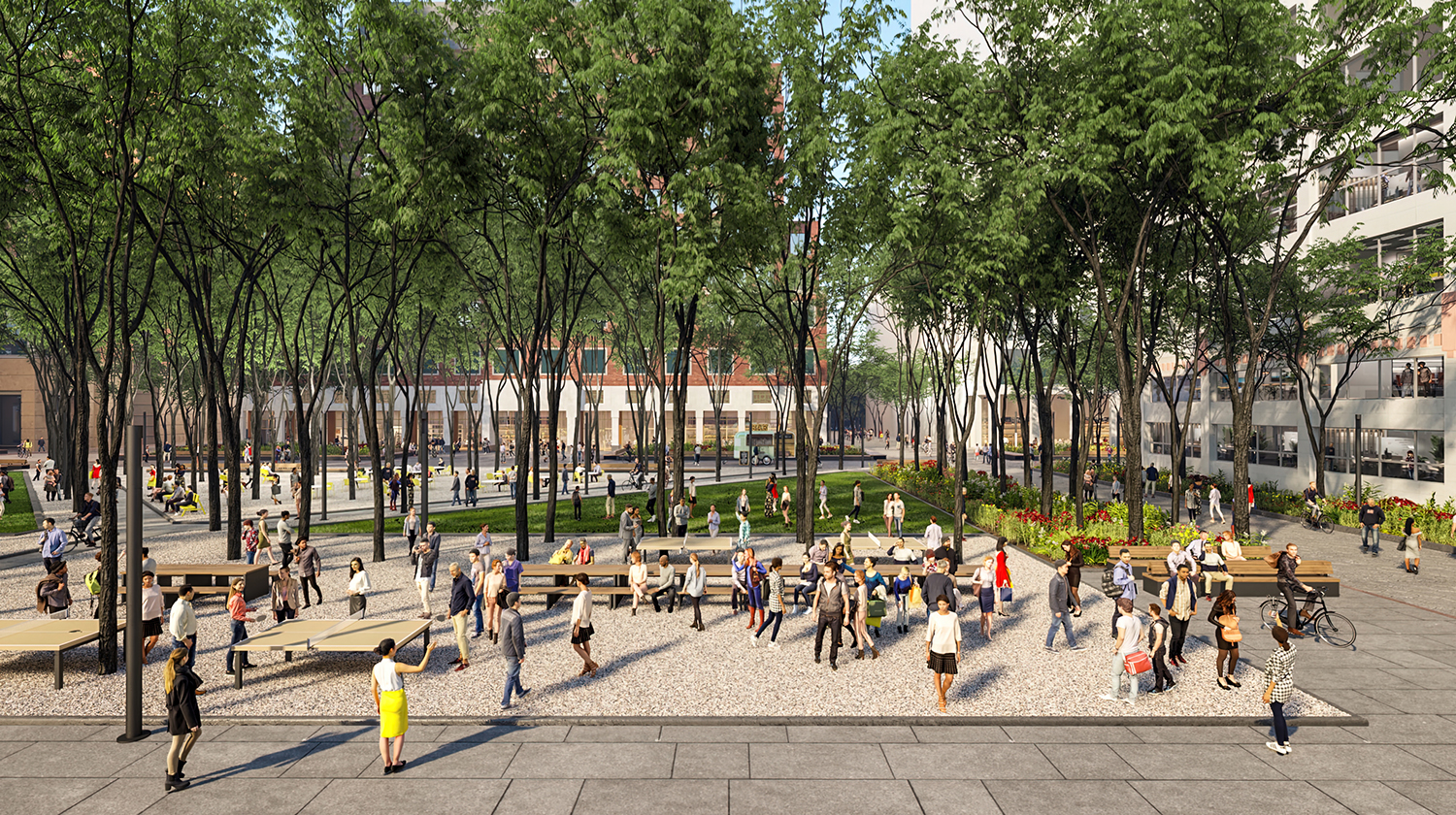 Brookfield Properties today announced the official rebrand of the former MetroTech Center in Downtown Brooklyn to Brooklyn Commons. The rebranding accompanies a $50 million investment by Brookfield Properties to renovate several of the office buildings within the campus and upgrade the central public park space, in addition to building out year-round arts and events programming that is free and open to the public. New renderings available here highlight the redesigned campus.

“Downtown Brooklyn has rapidly transformed into a thriving commercial and residential district, and we are proud to lead the charge in reimagining Brooklyn Commons as a vibrant hub for business, education, art, culture and community,” said Callie Haines, Executive Vice President and Head of New York, Brookfield Properties. “Embracing and building upon the area’s momentous growth, we are repositioning Brooklyn Commons as an integrated, open campus for the 21st century.”

Taking lessons from its successful overhaul of the World Financial Center into Brookfield Place, Brookfield Properties is taking a multipronged approach with an emphasis on placemaking for its new vision of Brooklyn Commons.  Built in the 1980s, the 16-acre, 12-building complex was originally designed as a self-contained office park for data-processing centers and back office for financial institutions. Today, Brookfield Properties aims to modernize the campus and weave it into the surrounding neighborhoods.

Located in the heart of Downtown Brooklyn and nearby to 13 subway lines, Brooklyn Commons is home to a diverse set of tenants across education, media and business including NYU Tandon School of Engineering, Slate Media and JPMorgan Chase.