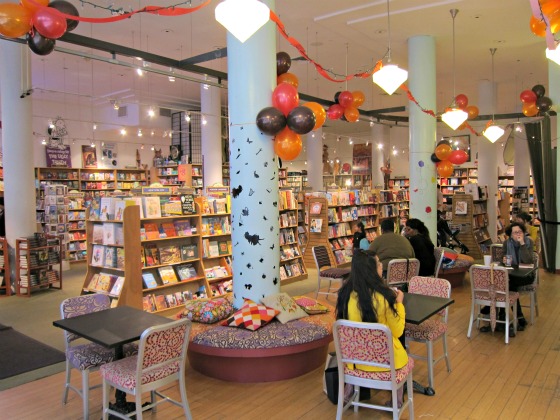 The New York bookstore that inspired the 1998 Meg Ryan movie You’ve Got Mail is expanding.

“Books of Wonder is much more than a children’s bookstore,” Bulow said. “It’s that increasingly rare independent store in New York City where books and the children who read them are cherished.”

Books of Wonder opened in Greenwich Village in 1980. It moved to a number of locations before settling at 18 West 18th Street, in 2004.

The first tiny, hole-in-the-wall shop was barely 200 s/f with bookshelves hand-built by 20-year-old founder, Peter Glassman, and his late partner, James Carey. The original concept was for the store to be devoted primarily to antique children’s books until Glassman discovered he didn’t have enough antique books to fill his shelves, and quickly decided to add a section of new children’s books as well.

In 1985, Books of Wonder began its publishing division by establishing a joint imprint with William Morrow (now a division of HarperCollins Children’s Books).

Starting with one title per season, this imprint grew at one point to include over 60 titles. The imprint’s proudest achievement was reissuing all 14 of L. Frank Baum’s classic Oz books with their original full color illustrations as Baum and his artists originally envisioned them. All 14 titles are still in print over 30 years after the project began.

The new Upper West Side location is opening this summer and will offer new, classic, and collectible books, events, and a gallery of original children’s book art, prints, and signed posters.

More Than A Gym opening in Long Island