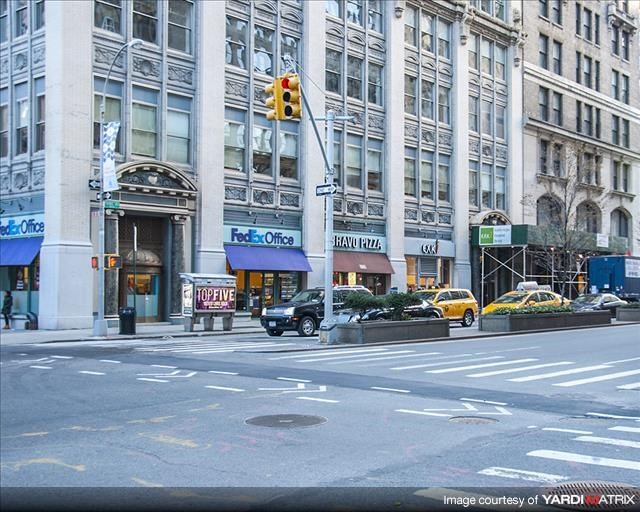 Blue Bottle Coffee will soon perk up the Flatiron District, bringing its responsibly sourced, freshly roasted beans to 1,541 square feet of space on the ground floor of 257 Park Avenue South, announced building owner and manager The Feil Organization. The café will have 23 feet of frontage on Park Avenue South.

Terms of the 10-year lease were not disclosed. The tenant is expected to take possession of the space in July, 2018.

“We are pleased to announce the addition of Blue Bottle Coffee to our iconic Park Avenue South building. Having recently been backed with a substantial investment by Nestlé, we believe that the capital being put into the brand and growth o f the chain will both serve the local community and act as a tremendous amenity to the office tenants at our building,” said Randall Briskin, Vice President of Leasing, who represented Feil. Drew Weiss, Mark Frankel, and Jeff Roseman of Newmark Knight Frank represented the tenant.

“Grammercy Park is now one of the fastest-growing districts in New York, becoming home to tech companies and the young professionals who work at these companies. Blue Bottle Coffee is a perfect addition to serve this forward-thinking neighborhood,” said Brian Feil, Vice President of Leasing for The Feil Organization.

Built in 1912, the 20-story 257 Park Avenue South (also known as the Gramercy Park Building) is located between 20th and 21st Streets in the heart of Manhattan’s active Gammercy Park/Flatiron District. Landmarks and sites in the neighborhood include the legendary Pete’s Tavern, Baruch College, Shake Shack, the Flatiron Building, and Gramercy, Union Square and Madison Square Parks.

Other retail tenants at the 226,000 SF Art Deco building include Bravo Pizza and FedEx Office Print & Ship Center. Office tenants include Environmental Defense Fund, OpenSlate, and Independence Care System. Services at the building include a 24-hour concierge desk and security cameras in the elegant lobby.