RETAIL BRIEFS: RKF welcomes Joe Bananas to the US; Isa serves up another Baked by Melissa shop

This will be Imagine’s second time partnering with Stellar, having opened its first Flagship location in 2010 at Independence Plaza in TriBeCa.

Spread across Manhattan and Brooklyn, Imagine Swimming currently has 14 locations that draw over 4,000 children a week. They will serve as the Paris pool’s operator, offering lessons to the entire community.

Before opening later this year, the space will undergo a series of capital improvements – Imagine plans to build storefront entrance with swim shop and stroller parking, remodel all locker rooms and add seating areas, in addition to a complete pool renovation.

Residents of The Paris will receive discounts on swim memberships and lessons once the pool is open.
“When we acquired The Paris New York – previously the Hotel Paris – in 2016, it was our hope to bring the pool back into operation for the residents and community,” said Adam Roman, COO at Stellar Management.

“This pool was a popular fixture on the Upper West Side for many years, and we know that with the help of Imagine Swimming it will once again serve as an amenity to the area.”

RKF arranged a 3,044 s/f lease with Joe Bananas at 935 Madison Avenue on the Upper East Side.
When it opens in late 2018, it will be the Australian menswear brand’s first U.S. store.

The tenant was represented by Robert Taylor, Jonathan Plotkin and Tim Pond of Colliers International. 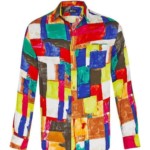 The space is at the base of the former Whitney Townhouses and next door to the Met Breuer. The entire building has been completely redeveloped, creating contemporary, open layouts wrapped in a historic 1876 façade.

In addition to Joe Bananas, tenants in the building include Nespresso, Moynat, Aquazzura and Golden Goose Deluxe Brand.

“Madison Avenue above 72nd Street continues to draw strong interest from international retailers due to the quality of the brands that have found a home there combined with the area’s top-notch consumer demographics,” explained RKF’s Schuster.

Bite-sized baking phenom Baked by Melissa has opened another New York store as the company expands its product offering an eyes further growth.

Isa Realty Group brokered the lease for a 550 s/f inline space at 208 East 86th Street that was formerly occupied by Organic Avenue.

“The timing couldn’t be better for Baked By Melissa to enter this dynamic corridor with Ulta Cosmetics recently opening their Manhattan flagship just steps away,” said Franco.

Baked By Melissa signed a lease directly next door to Lush Cosmetics on what is considered a seven day a week, night and day corridor and one of the busiest retail stretches in New York City.

Baked by Melissa was founded in 2008 by laid-off marketing executive Melissa Ben-Ishay. the bakery now has 14 locations in the greater New York City area, including one in JFK Airport, ships nationwide and expects double-digit sales growth next year. 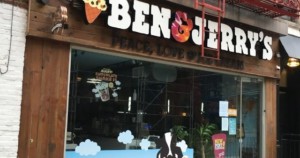 This is the only Ben & Jerry’s store below midtown; The others are located at 104th Street in Harlem and 200 West 44th Street in Times Square.

Mike Antkies of Lansco Corporation, represented Ben & Jerry’s, a subsidiary of Unilever. The asking rent is $150,000 a year.

Magarian explained, “We solicited Ben & Jerry’s directly and they put us in touch with the franchise owner. It was an amazing deal. From the minute we showed it, there was great interest in the property that took a long time to close because of all the red tape.”

“But it was worth the wait for all of us and the community will benefit with great ice cream just in time for summer days.”

The space was a former Caffe Bene, a South Korean coffee chain company that went bankrupt in 2016.