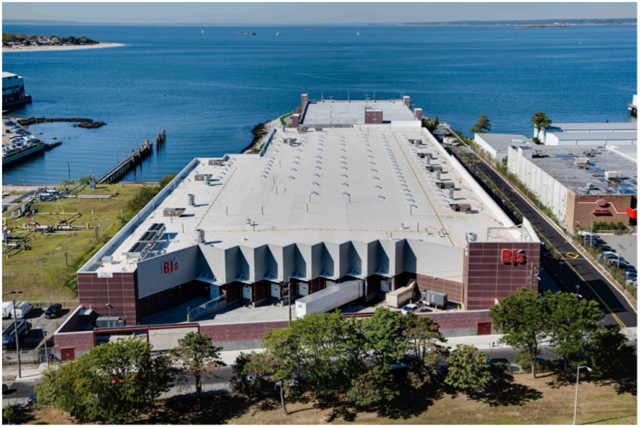 The Bensonhurst site presented some unique challenges for the building team, most critical the location on a public waterfront esplanade which was once wetlands. The work – which began in December 2012 – also required considerable contaminated soil removal and replacement following the severe weather and tidal surge of Superstorm Sandy.

Stephen Scofield, director of operations for B.R. Fries and the manager for the BJ’s project, said, “We broke ground shortly after the storm and considering the sites’ location on the water – it’s directly on Gravesend Bay – there were challenges with scheduling, securing permits and even weather.

“The winter is not an easy time for construction but we were able to complete the project on budget and within our two-years timeframe.”

The Brooklyn Bay Center site was developed by Thor Equities and totals nearly 200,000 s/f constructed entirely on A A three-level, 500-space parking garage was constructed along with loading docks and a park-like setting that is approximately the size of three football fields.