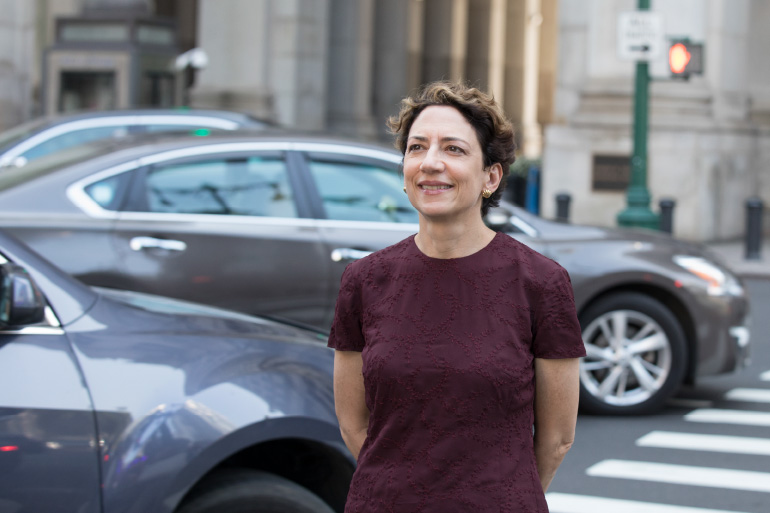 Trottenberg is one of five women Biden named today (Monday) as deputy secretaries.

President-elect Joe Biden said, “Our administration will hit the ground running to deliver immediate, urgent relief to Americans; confront the overlapping crises of COVID-19, the historic economic downturn, systemic racism and inequality, and the climate crisis; and get this government working for the people it serves. These tireless public servants will be a key part of our agenda to build back better — and I am confident they will help make meaningful change and move our country forward.”

Trottenberg is a nationally recognized transportation leader with federal, state, and city experience. She previously served in the Obama-Biden administration as the Assistant Secretary for Transportation Policy and Under Secretary for Policy at USDOT.

Trottenberg helped implement the nation’s first Vision Zero program and was focused on improving transportation equity and access, including implementation of the 14th St. Busway. She led NYCDOT’s COVID-19 response and recovery, transforming city streets to promote sustainable transportation and economic recovery, including one of the largest outdoor restaurant programs in the country.

Carlo A. Scissura, President & CEO of the New York Building Congress, said he was thrilled by Trottenberg’s appointment.

“Having worked alongside her for years, we know the expertise and leadership she brings to this position at a time when infrastructure must be a top priority for our country; especially, as we face the long road to recovery,” said Scissura. “We look forward to continuing our relationship with her in Washington, D.C. in support of critical projects and initiatives, from congestion pricing to the BQE and finally moving the Gateway Tunnel forward. Congratulations Polly.”

She served at the Department of the Interior during both the Clinton and Obama-Biden administrations, advancing high-priority initiatives such as Interior’s renewable energy program and climate change adaptation efforts.

She was previously an attorney at Latham & Watkins specializing in energy and environmental law issues and served as Director of Communications and Government Relations for the National Park Foundation prior to becoming an attorney.

Klein graduated with a degree in economics from the George Washington University and received her JD from American University’s Washington College of Law.

Daughter of a former Navy Commander, Klein has roots in Delaware and Massachusetts, among other places, and now calls Virginia home where she lives with her husband and two daughters.