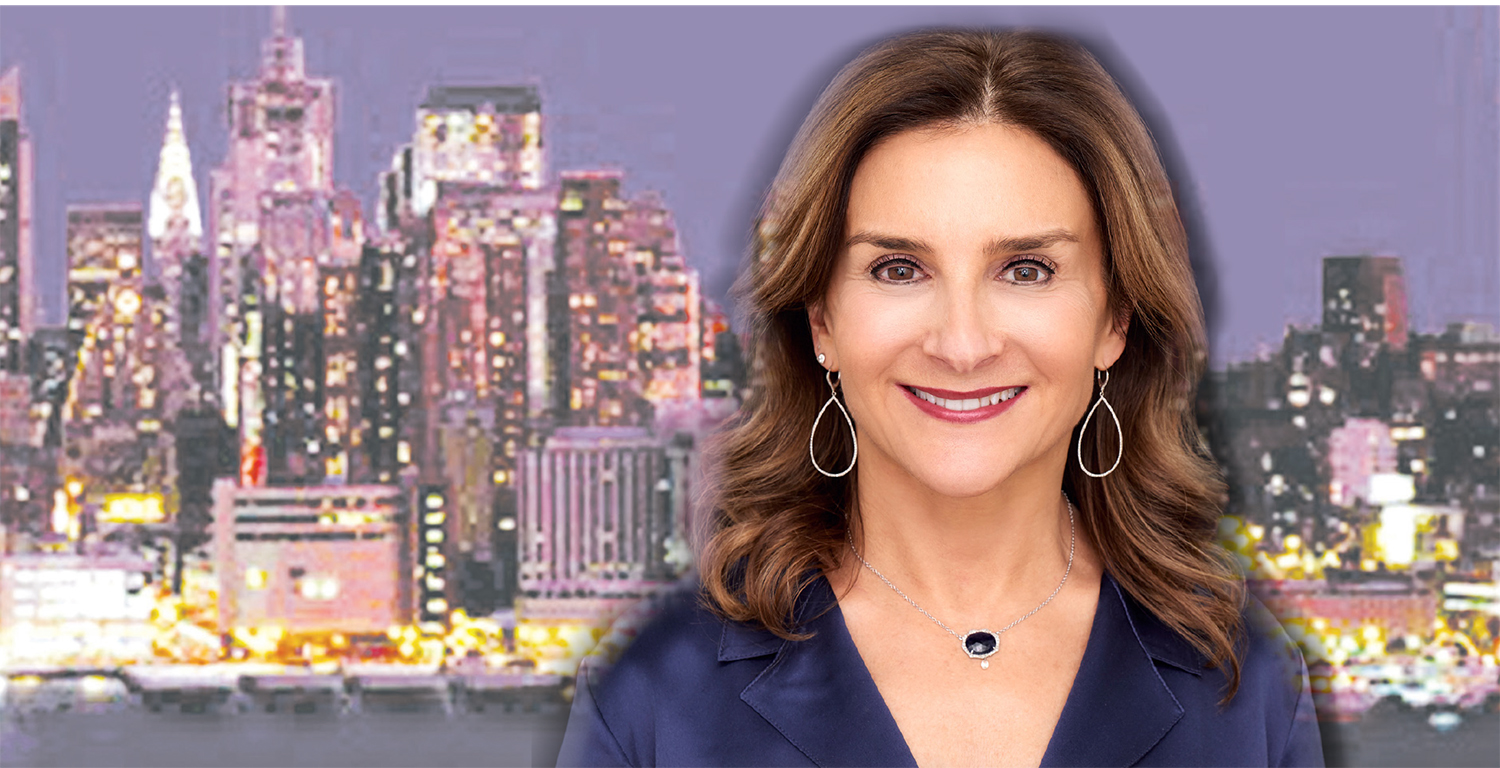 It’s not easy to earn the title of highest producing agent at a New York City real estate brokerage. But Lisa Lippman has done it three times in a row at Brown Harris Stevens.

The lawyer-turned-broker was crowned top-producing agent at the venerable brokerage in 2016, 2017 and 2018, closing on 58 co-ops and condos worth more than $220 million in the last year alone.

For her, it’s par for the course — this rainmaker said she usually does a deal a week, or between 50 or 60 deals for the year.

“The last five or six years, I did 50 to 60 deals a year, I never do less and I never do more,” Lippman said of her schedule. “I’m not sure why it works out that way because I don’t really have a business plan, my business plan is to just get up every day and do my best by working hard and working smart.”

Lippman believes a major factor of her success may be her corporate background in law.

Before jumping into the real estate world, she was a lawyer at two prominent firms — Brody and Fabiani, and Kriss and Feit. The rigorous schedule of an attorney taught her to be well-organized and readily available at a moment’s notice, unlike many brokers who operated on a part-time basis when she started.

“I think a lot of brokers do this at a part-time pace and don’t start until 11,” Lippman said. “But because I’m from the corporate world, I’m up early and I’m starting emails from the moment I wake up to the time I go to bed.”

Ultimately, it was the strain of an attorney’s schedule combined with raising two young children that had her question whether she could continue doing law.

Lippman began looking for a more flexible job while she was looking to buy her first apartment. Curious about profits and how the market operates, she earned her own real estate license and organized a deal between her friend trying to sell an apartment and a family from her kid’s nursery class looking to buy.

The flexibility of making a living while maintaining a personal life with her family appealed to her immensely.

“The flexibility of being your own boss is unique to this job, really my bosses are my clientele,” Lippman said. “But it’s not the same as working at law from seven to seven.”

After that first successful deal whet her appetite for the business, Lippman stepped into a Corcoran office near Zabar’s grocery on the Upper West Side to ask for a part-time job. She was retained on the spot and, within a few years, was ranked among the top 20 agents at Corcoran.

“You learn about property in law school so you have a basic understanding of New York City properties, like condos versus co-ops, the meaning of contracts,” Lippman said. “Also, I think it inspires confidence with the lawyers and clients I work with [that I have a law degree].”

After gaining years of experience at Corcoran, Lippman said she wanted to work for a smaller company that would offer her the freedom to do other types of deals, like new developments or retail.

She chose to leave for Brown Harris Stevens in 2005 to expand her skillset into those other markets. Since then, she’s built a legacy team of people she can rely on, working with business partner Gerard “Scott” Moore for nearly two decades and Marc Rodriguez for 11. Her junior assistant has been with her for four years and she has had the same driver for more than 12 years and nanny for nearly a dozen.

But her days as a broker have changed over the years. “When I first started 22 years ago, I think there were only a few people that had graduate degrees,” Lippman said.

“The industry has changed so much so now it’s not uncommon for people with law degrees, business degrees, former doctors.”

She believes that being a broker back then was not a glamorous job, but nowadays it carries some prestige.

The Internet has wrought change in the way rookie brokers develop their client network. “It used to be that brokers who were very well-connected socially did the best,” Lippman said. “But I do think that the advent of the web and its proliferation have changed that dynamic and now that even if you’re not socially connected, you can be successful in whatever area you are.”

In spite of the greater connectivity in this era, Lippman said the residential market faced a rough past couple of years due to inflated pricing by sellers.
“In the last two or three years, it was very hard to make deals because there was this disconnect,” Lippman said. “What I’ve noticed over the last few months is that sellers have become more realistic.”

She’s noticed a major shift where sellers are seeing their properties sit stagnant for far too long. Lippman said her clients would ask her what price to set the apartment so it could sell in the next two or three months.

With a buyer’s market forming and a stable economy, she predicts buyers scooping up properly-priced properties as soon as they can.

“I think we are starting to see a trend towards buyers,” Lippman said. “Buyers are really happy to buy seeing the prices now and they finally feel like they have the upper hand.”