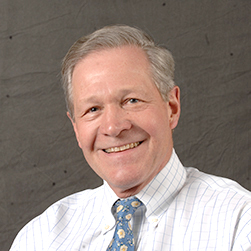 The U.S. is in the throes of a housing affordability crisis. Rents are rising and demand is increasing, all while incomes stagnate.

Why not simply build more apartments? It’s not that simple. Alongside rising rents and demand, the cost of development has increased, too. The price of materials and labor have risen by 57 percent since 2000, and land costs have doubled.

Hit especially hard by the crisis are households earning less than $75,000 annually. From Sacramento and Seattle to Pittsburgh and Tampa, this demographic group is struggling to afford housing. But it’s not just this group that’s struggling — in 2016, 20.2 million renter households, almost half of all renters in the country — struggled to afford rent.

Fortunately, there is a course of action that can have an outsized impact on the housing affordability crisis: multifamily housing. It’s not an outside-of-the-box approach, either. Multifamily housing already accounts for 16 percent of U.S. housing stock — that’s more than 20 million units. Multifamily development is suited to solving the housing affordability crisis in a number of ways. First, it allows for more housing on less land — which means more tax revenue for local governments, and more commercial traffic for main street businesses. Multifamily housing is also highly cost-effective to build and operate. The per-square-foot cost of development for a single-family, detached home is $228; for a multifamily home, that cost falls to just $127.

Meanwhile, as the benefits of multifamily housing become more and more apparent, longstanding negative myths and misconceptions are being debunked. Research has found that property values for single-family homes are not decreased by multifamily development — indeed, recent analysis across neighborhoods in Boston uncovered that nearby home values actually rise when multifamily is added to a neighborhood. Also, multifamily housing does not strain local school systems, because multifamily residents generally have fewer children.

The potential of multifamily housing is clear. To move forward, however, the nation’s cities need to accommodate that potential — they need to reshape public policy in a way that fosters a policy environment that allows a variety of housing types, including multifamily, to provide more options for residents. Here are five policy changes with a proven track record:

By providing more flexible design rules, cities can allow for multifamily housing to be built in places where it’s needed most. More open design standards might include reducing required setbacks, increasing buildable areas, or reducing the minimum lot size. This approach is already working in Tallahassee. In return for making 10 percent of new housing units affordable, the city relaxed setback requirements and minimum lot size requirements for developers.

Even if a developer has the financing and meets other regulatory requirements, a lack of available space for parking can prevent a project from moving forward. By relaxing parking requirements, cities can untangle sorely-needed