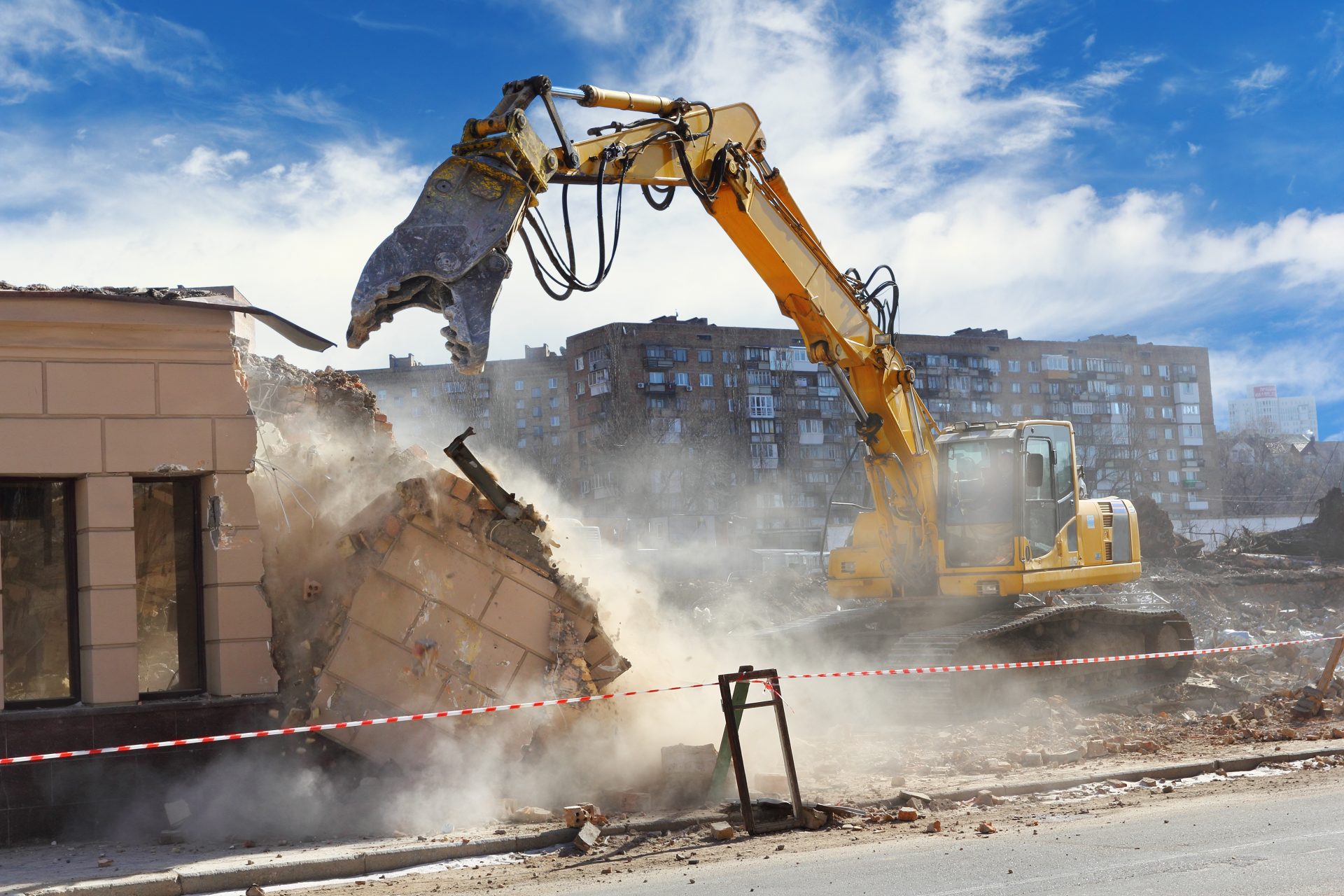 With the passage in June, 2019 of the HSTPA, owners are desperately seeking ways out of rent regulation in an attempt to recapture the profitability their buildings previously had.

Two such exit strategies are “substantial rehabilitation,” available only to deteriorated buildings and “demolition,” generally available to rent stabilized buildings regardless of their condition.

Governing the demolition process is DHCR’s Operational Bulletin 2009-1. This bulletin deals with demolition applications for three scenarios: rent control, rent stabilization, and non-New York City rent stabilization. The rules are radically stricter for rent controlled apartments than for New York City rent stabilization. In these matters, the courts grant extreme deference to the DHCR includes when the DHCR decides it wants to reconsider matters on its own after a case has gone up for Article 78 review. Under its administration, the DHCR has worked without a specific definition of demolition, but an intent to gut the interior of the building, while leaving the walls intact, has been held as sufficient. Use of the process is mandatory; self-help is prohibited. The building need not be razed to the ground.

An essential part of the entire process is the system of stipends. The landlord has not only to be prepared to pay the stipends, but to prove to the DHCR the ability to do so.

Each tenant who is being evicted is entitled to receive from the landlord the tenant’s reasonable moving expenses. This means that in order to make the application, the landlord is going to have to come up with estimates as to what the moving expenses will be. Landlorda can and must obtain from a moving company estimated costs based on room count for a move entirely within NYC. The moving expenses are in addition to the other stipend discussed herein.

There are provisions for reducing the stipends, but these are based on tenant conduct and the application process must assume that each tenant will receive the full stipend to which they are entitled. The deduction cannot be known at the time of the initial application because it consists of a reduction of one-sixth for each month the tenant stays past the time allowed under the order (and lease) to remain in the premises, a figure unknowable until the order has actually been issued.

In the stipending system, the landlord has three options:

The first option is moving the tenant to a new apartment at the same or lower regulated rent near or in the building being built. For such tenants, the stipend is $5000. This option entails the landlord finding the new apartment.

The second option is moving the tenant to a more expensive apartment where the landlord prepays six years worth of the difference in rent. This option also entails the landlord finding the new apartment.

The third option is using the stipend chart from the Operational Bulletin where the landlord pays the tenant for a minimum of three rooms, the difference between the current rent and the chart’s stipend amount as adjusted by the RGB increases issued since the Operational Bulletin ($639.21 in 2019), multiplied by the number of rooms and further multiplied by 72. This, the most popular option, entails the landlord having no obligation to find the new apartment. Tenants who would lose governmental benefits because of the stipends may waive them.

Demolition is only a ground for removal from rent control if the landlord is putting up a new building which must have at least 20% more apartments than the old building, except if the cost of repairing the violations in the building exceeds the assessed value of the building. Then it need not be more than one more apartment in the new building, unless the building is already largely vacant. The landlord must move the rent controlled tenants to a new apartment. The building permits must already be in place. The landlord must demonstrate that there is no reasonable possibility that the landlord can make a net annual return of 8.5% of the assessed value of the subject property and that lower return is not the landlord’s fault.

Landlords will want to buy out rent controlled tenants before anyone knows demolition is in the air. However, landlords must exercise extreme caution in these buyout negotiations as they can readily run afoul of the Anti-harassment provisions of the law such as those found in the New York City Administrative Code.

It is not necessary to pre-approve loans, but the Owner has to be able to demonstrate that either the deed owner of the building or a closely related entity has the wherewithal for the project, if not necessarily cash on hand. The DHCR examines not only the ability to pay for the tearing down of the building, but all of the other expenses associated with the project. The DHCR specifies in its publications what these expenses should minimally include.

The application is actually a fairly simple form to which one attaches such additional documents as appear useful. The agency’s discretion lies in determining whether to authorize a refusal to offer lease renewals based on whether 1) applicant has established financial ability to demolish building, 2) plans for the undertaking have been approved by appropriate agency, and 3) applicant has complied with statutory provisions for relocation of rent stabilized tenants, reimbursement of moving expenses, and payment of stipends. Neither the DHCR nor the courts will allow extensive discovery. Various proofs of financial ability are possible. If the financing is through a closely related entity, the landlord’s application should be explicit in setting forth that relationship. Enough copies of the application must be provided to the DHCR for them to serve each tenant. Since the attachments can get lengthy, this can mean significant printing expenses. It is not necessary that the actual building permits be attached to the application as it takes so much time for the DHCR to go through its procedure in approving the application that the permits would become stale. However, where applicable, Certificates of No Harassment must be pulled as prerequisites to the permits and they too can become stale if pulled too soon. Such certificates are themselves a lengthy procedure, the details of which are outside the scope of this article. Any Golub or eviction notices already issued should be attached to the application. The application should include engineering and architectural plans with the financials including specific reference to those specific plans. Once the application has been filed, the Owner can immediately stop renewing leases. This requires issuing Golub notices to all the tenants. These are served in the normal Rent Stabilization methods, either by regular or certified mail.

The DHCR has exacting requirements for the contents of the Golub notice which drafters must precisely follow.

Rents cannot be increased for any reason during the pendency of the application. If the application is denied, the Owner loses the increases that could have been charged and lease renewals are made on the usual 90-day notice to the tenants, with rents frozen until the offer is accepted. The DHCR will direct such other proceedings as it determines which could even include evidentiary hearings, but will not necessarily include such hearings. The DHCR has historically taken an inordinately long time to process the application but there are ways to facilitate the process.

The landlord selects apartments if using the two methods for calculating the stipends that entail selecting apartments. The tenant has a right to challenge the suitability of such selected apartment.

The landlord pays the stipends when the tenants move. Tenants’ delay or refusal to move reduces or eliminates their entitlement to the stipend and subjects them to eviction proceedings. Tenants have until the later of the expiration of their lease or the date set forth in the DHCR’s order to move out. If they do not move out on their own, the actual eviction of the tenants is by way of an ordinary holdover eviction proceeding in Civil Court. However, if the Owner has a favorable decision from the DHCR, there is nearly nothing to prove in that proceeding, making it amenable to summary judgment.