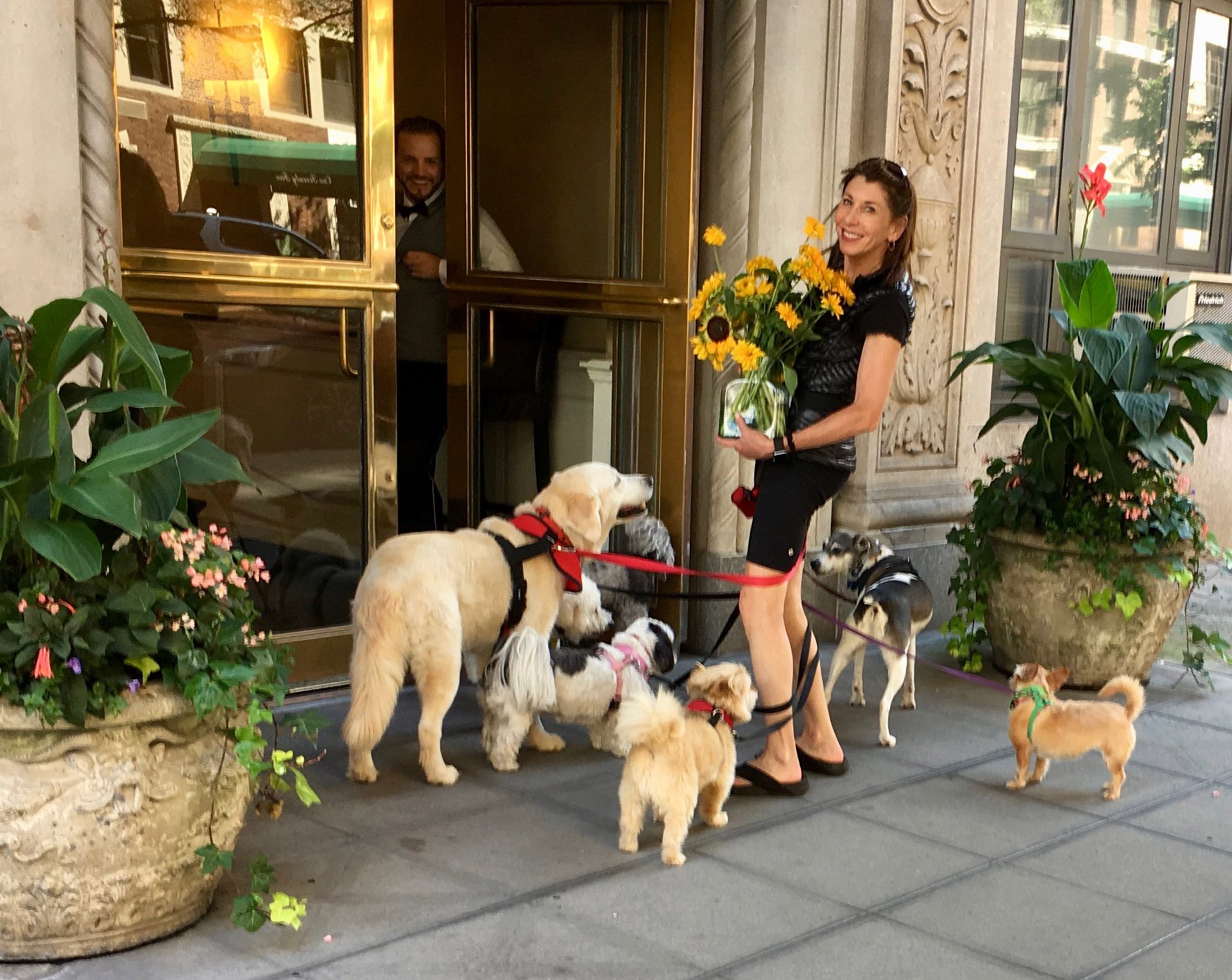 It’s been 30 years at the helm of the New York-based boutique brokerage, Fox Residential, and according to founder, Barbara Fox, one thing that never changes is change itself.

“When I started in the business, we had huge notebooks of flip cards. We printed out all the listings and cut them up and put them in the notebooks. That’s how we functioned for a lot of years,” said Fox.

“We used to walk around and talk to the doormen in snowstorms and ask what was coming on the market. It’s completely changed.”

While neither Fox nor her employees have to canvas doormen for clients any longer — the Internet has long disintermediated that task and many others — some traditions of the olden days, she said, are worth preserving.

According to Fox, one particular vestige of the brokerage business that Fox Residential has made a concerted effort to uphold is instilling their style of a more personal touch.

“We use to have to see every apartment and every townhouse because you couldn’t imagine what it looked like,” said Fox. “Now, I still do that and a lot of my brokers still do that, but with all the photos and floorplans, it’s changed. Customers don’t have the luxury of most of their brokers actually physically looking at the apartments.”

“I’ve tried very hard to keep the personal aspect of our business intact. The internet doesn’t replace us and the websites aren’t good enough — I’ve got that drilled into my brokers.”

Though that identity as a concierge brokerage and the image that comes with it may be a part of the Fox Residential’s DNA now, like a lot of principals, presidents, and CEO’s, even Fox was once an upstart.

“I didn’t know Park Avenue from Fifth Avenue when I started,” said Fox, whose entry into the world of residential real estate was at the suggestion of a family member.

“I had just gotten out of college and I just moved to New York. I had a couple of very short, salaried jobs I wasn’t really happy doing. I wanted to do something where no one was able to control how much money I made. I had a fire in my belly and I didn’t want to be controlled.”

She landed her first job working for legendary New York broker Alice Mason, before moving on to Whitbread-Nolan [later bought by Douglas Elliman]. Not long after Fox entered the world of real estate, Fox Residential was inauspiciously founded in 1989 during the middle of an economic downturn by Fox and five other brokers and colleagues that she says she still works with today.

The North Carolina native now has 50 brokers focused on both the Manhattan and Brooklyn markets.
She said that choosing to forge her company during tough times gave Fox Residential time to find its identity as the market slowed, and the decision may even echo in today’s environment where she and her brokers work to navigate a market that Fox describes as “difficult at best.”

“It’s not that easy for brokers to fare in this market. We just came off of 10 years of a boon market where it’s easy to do well, and now you have to work for a living,” said Fox.

“It’s difficult to make deals. You have to be clever; you have to be exact for pricing for sellers; there’s a lot that goes on in a down market that you don’t have to deal with in a boom market.”

And as the market slows down, Fox said she considers her vantage — that of a lean, nimble, and independent brokerage — to be an advantageous one.

“These mega-big firms have huge overhead and a lot of them are suffering a little because of what their market is. Their all new development and it’s selling more slowly,” said Fox. “As an independent owner and manager of a company, I’m able to make a decision on the spot.

“If we need to market a property for two years — god forbid — our money doesn’t run out. We can market something until it’s sold on day one just as we do on day 365.”

Still, even with Fox Residential’s track record of dealing with market fluctuations and the domino effects they create, there are some things that have changed intractably — some for the better, and others, less so.

One major shift, according to Fox, has less to do with outside forces and more to do with the industry itself.
“The nature of the business has changed,” she said. “The brokers; the ethics; it used to be a real gentleman’s business and it isn’t that anymore. It’s very cut-throat.”

Growing up in a small southern town like Rocky Mount, N.C. where her family was in the furniture business, Fox, who said that both she and other longtime brokers believe that they’ve seen the best of the industry come and go, singles out one major factor that has contributed to changing attitudes and business practices within the world of residential real estate: money.

“There are like 17,000 residential brokers in New York. When you consider the number of deals that are available, there just aren’t that many,” she said. “It became a real business when these prices started going up so dramatically. All of a sudden people took it seriously and there was serious money to be made.”

That competition, which she describes as an adversarial one, is likely here to stay, said Fox. “I definitely think this is the new normal. I don’t think you can put anything back in the box,” she said. “It’s like asking if the Internet is the new normal. Of course it is.”

Fox makes time in her busy world to be an active member of the Real Estate Board of New York and has served on REBNY’s Board of Governors, Residential Board of Directors and Deal of the Year Gala Committee.

In 1997, she was honored as the recipient of the Henry Forster Memorial Award for an outstanding record of achievement in residential real estate. In 2015, she received the Real Estate Board of New York’s Kenneth R. Gerrety Humanitarian Award in recognition of her founding of WOOF NYC Dog Rescue and dedication to the fair treatment of animals. While plenty has changed throughout the last 30 years — technology, attitudes, business, brokers, markets, and more — there are some things that Fox says are fundamental to her profession and the success of those who might take a stab at carving out a piece of it for themselves.

According to Fox, that key factor is people.  “I have customers that I sold apartments to 30 or 40 years ago, and they’re coming back to sell,” said Fox.

“My advice is don’t think that this is quick and easy money. It is a very difficult business to break into and you need to learn the business, number one, but mainly you need the outside contacts and the human connections to make you successful.”

“More than anything else it’s creating relationships and nurturing them.”

WHO’S NEWS in construction and design