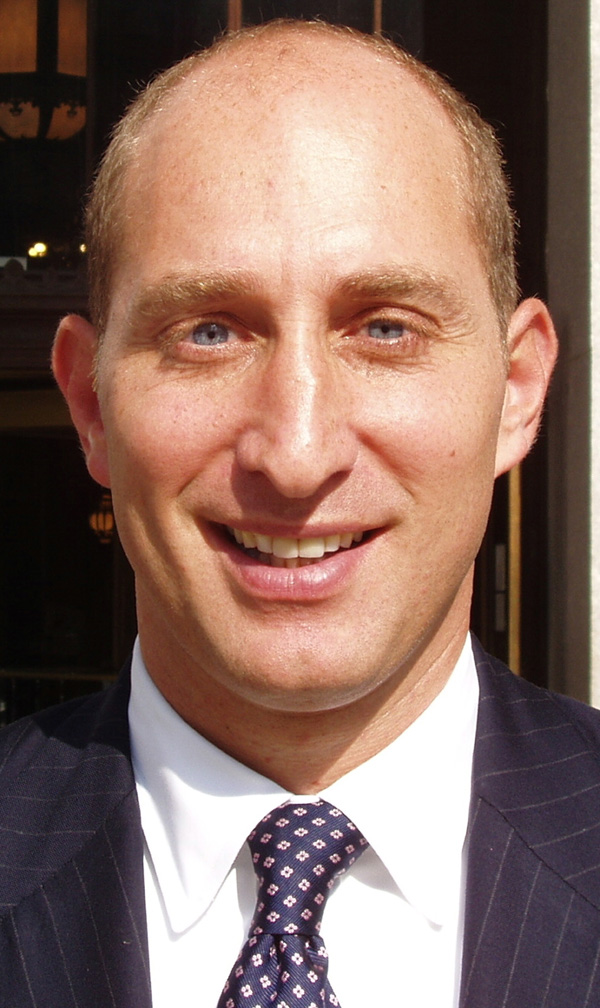 Champion of the underdog. Best selling author. And now, real estate lawyer Adam Leitman Bailey can add screenwriter to his list of accomplishments.

Directed by Ramin Bahrani, and written by Bahrani and Amir Naderi, the Florida-set film follows single dad Dennis Nash (Garfield) and his family as they are evicted by businessman Rick Carver (Shannon).
Nash is forced into helping Carver evict other people out of their homes in exchange for his own.

“I drafted the court scenes and critiqued areas of the script and fought for changes to the ending, which involved a certain type of mortgage fraud by an attorney,” Bailey told Brokers Weekly this week as the movie was released on DVD.

Movie buff Bailey first met Bahrani — whose movies include Chop Shop and the Dennis Quaid / Zac Efron drama At Any Price — when he represented him in a real estate matter several years.

When the director began working on 99 Homes, he called the New York lawyer to help him make sure the legal storyline was authentic and that the creative direction of the film was compatible with real life situations.

“I am a big movie buff and fan, so I was very excited to draft my first movie scenes,ˮ said Bailey. “But just like in my litigation papers submitted to a judge, I told a story and tried to make it accurate and persuasive.

“The director told me to re-live my landlord-tenant/foreclosure cases, so I imagined housing court and how packed it can be with lawyers and litigants making deals in the hallway. And then I presented my case to the judge. I had no idea at the time that the lawyer in the film was going to be named Adam Bailey.”

Although Bailey admits he pressed to play himself, the director tapped Dallas Buyers Club actor, Jonathan Tabler or the role.

“I was told I would not be good at the acting part,ˮ said Bailey. “The director was correct. The actor who played me was a much better speaker than I am in court.”

The lawyer is intimately involved with the film’s ending, which includes a gripping courtroom scene, one of several that left the attorney — who has faced down some of the toughest names in real estate — close to tears. “This movie is the best foreclosure movie ever made that shows the debtor side,ˮ he said.

“I think that, over the history of time, the mortgage-based Great Recession can be understood by watching three or four movies — Margin Call, The Big Short, Inside Job and 99 Homes.

“For 99 Homes, people took on mortgages they could not afford and, seeing the human side of the families evicted from their homes is something I had never seen before. We do the legal evictions, but we are not present when the Sheriff or Marshall comes to the door to repossess the home.

“Even though these people borrowed more than they could afford to pay back and lived for free in these homes for years, the movie made me feel guilty for doing so many evictions during my career. I had tears in my eyes at one point in the movie.”

“The banks hired Shannon to manage the evictions and the resale of the apartments,” explained Bailey.
“Shannon was also removing the kitchen and everything from the homes and charging the government for the reinstallation. He also made a broker’s fee for the sale. He was also paid for each eviction. He had an entire staff fixing and repairing and renovating the homes. He had attorneys on retainer. He was running his own business. All of these homes had people that legally had not paid their mortgage, and he took that to start the cases and do the evictions. Brokers are never involved in evictions. But some become managers or proxies for the lenders and take care of the dirty stuff.”

While those who know him may not be seeing Bailey’s face on screen in this all-too-real drama, they may hear a specific line that reminds them of their colleague.

“I am a workaholic, so most of my life is about real estate,ˮ said Bailey.

“When I was writing my portion for this movie, I really tried to re-live what we do every day and I am always telling clients not to get emotional about real estate. No good decision is ever made when you are angry or emotional.

“I have to make important make-or-break decisions every day and I know that these judgments will never be at their best if I am emotional.

“It was great to see this line get so much attention from the critics and the press, but everyone at my law firm hears me say it a few times a week.

“People ask me why I exercise seven days a week and I eat healthy and live a healthy life style. It all comes down to getting ready for that day of work when I need to be the best lawyer on that day than anyone has ever been before.  There is no room for emotion to achieve that.
“Emotion wastes energy and causes people to yell.”

The line is spoken by Shannon’s character, a real estate agent who has the job of executing evictions on struggling homeowners.

While it is not the usual practice for a broker to accompany eviction officers, the scenes added as much to the drama to the film as the “emotion wastes energyˮ line.

Arguably the most memorable sound bite for the film, its delivery helped earn Michael Shannon multiple best actor nominations after the movie’s theatrical release in the fall of 2015.

“No director/producer/writer can portray the real world better than Ramin Bahrani,” said Bailey, who felt the film gave a true representation of the recent mortgage crisis.

“He nailed it — the foreclosure process and both sides of the battle — the bank wanting to be repaid and the homeowner that wanted to keep his or her home but could not keep up with the payments.

“Michael Shannon is an incredible actor and, with all of the characters I work with and go against, no one in the real estate business really reached Michael’s stature.

“His character, Rick Carver’s thirst for money can be seen in our real estate world all the time, but most of the real estate players also love the game and the chase and none are as smooth and cunning as that character.

“Michael looked shocked when he lost the Golden Globe for best supporting actor to Rocky [Sylvester Stallone won for Creed]. I think he should have won. He became the real estate Gordon Gekko.”

When asked if the call of Hollywood and more film work now beckons, the accomplished lawyer is in no doubt his role is in a courtroom.

Fresh off a win in the first Manhattan adverse possession case and about to settle a major crain accident case, Bailey said: “I get upset when the biggest real estate cases come up and I am not on them.

“I loved doing this movie, but most of my time goes to representing my clients and that’s just the way I like it.ˮ

99 Homes was released in a limited release on September 25, 2015, by Broad Green Pictures, and is now available on DVD.