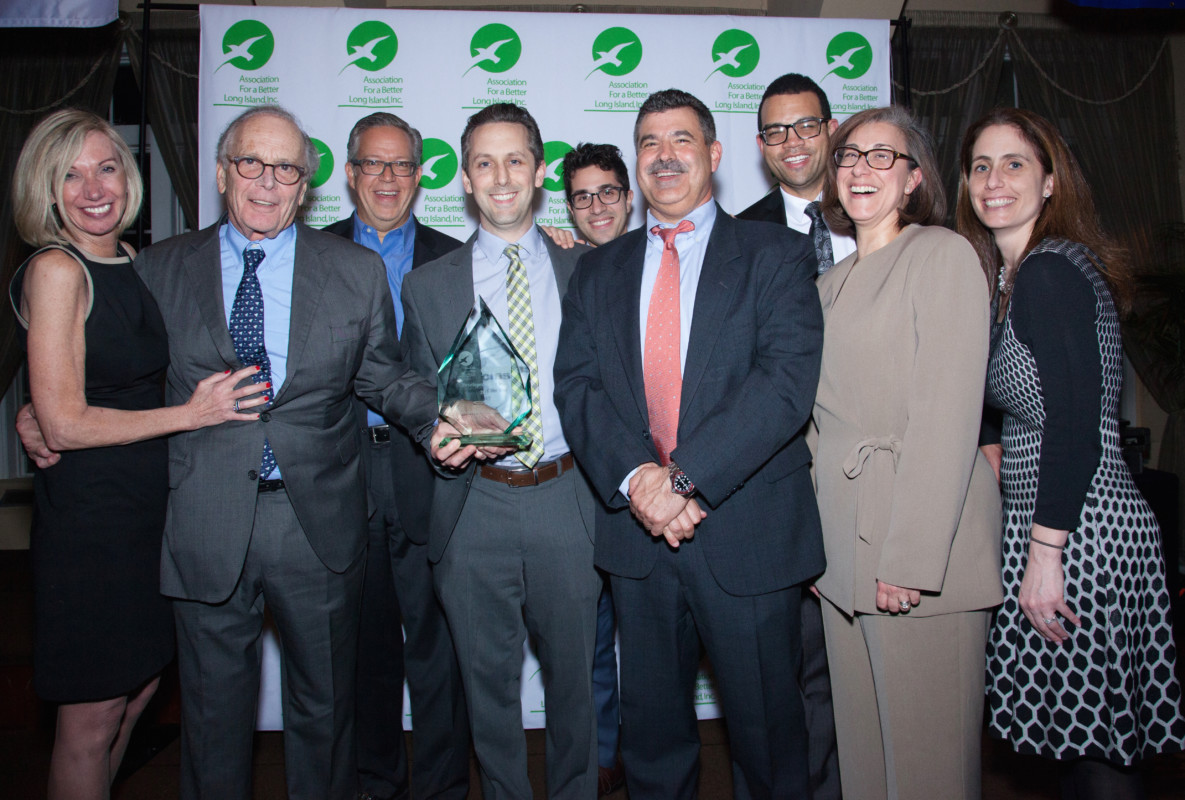 The Most Ingenious Deal of the Year Award was presented to Phil Shwom and Jeff Starr of Schacker Realty Corp., Melville, for arranging the $14.7 million purchase of the former Arrow Electronics headquarters, known as 50 Marcus Drive, Melville, and 333 Smith St., Farmingdale, by Stellae International from Ivy Realty and assisting in planning its subsequent expansion and conversion to industrial use.

The sale followed a two-year search by Lake Success-based Stellae, a third-party logistics provider to the fashion industry, for a 250,000-square-foot industrial property where it could consolidate three Long Island facilities. Shwom learned in 2015 that New Jersey-based Ivy had acquired the non-performing loan on the 164,000-square-foot building, formerly owned by RXR Realty, and then presented Stellae with the idea of the purchase and the subsequent conversion and construction of two 50,000-square-foot additions. Shwom and Starr met with Town of Babylon officials, because the building straddled the town line, to discuss an incentive package and the necessary planning approvals. Stellae agreed to the deal and the transaction closed on April 29, 2016.  The IDA approved incentives and planners agreed to the expansion.

The Developer of the Year Award, meanwhile, was presented to Blumenfeld Development Group Ltd., of Syosset, for its 2016 purchase and renovation of 1516 Motor Parkway, Islandia, on behalf of Entourage Commerce LLC and its fast-growing Pharmapacks e-commerce health and beauty products business.

Brooklyn retail heating up in spite of nationwide chill