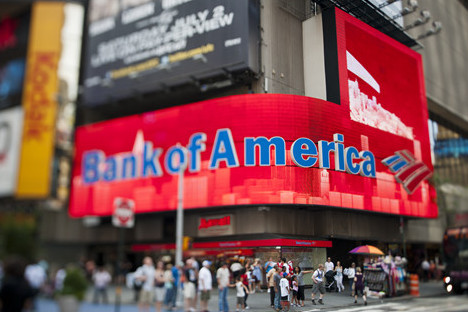 Before the 2007 financial downturn, there were 97,000 bank branches in the U.S. Today, there are about 90,000 and we could see a further 20 percent reduction over the next 10 years, according to a new report from JLL.

Branches formed the front line for banking operations. At the most basic level, banks used a strategy of “overwhelming” force in their branch networks to demonstrate market superiority.

With the evolution of online and mobile banking services, the branch- on-every-corner model has evolved. It is no longer about which brand has the most locations, it is now about how effectively the bank is delivering services to its customers and their need for remote, anytime, anywhere access for their transactions.

While customer access at the branches remains a priority, especially for small businesses, the necessity of a branch network must be balanced with today’s rapidly expanding mobile platforms, as well as FinTech advances. Banks have been quietly consolidating and optimizing branches behind the scenes over the last decade.  The severity of the 2009 recession encouraged U.S. banking companies to tighten operating costs. At the same time, mobile banking began to take a firmer hold as more consumers embraced smartphones.

Mobile technology allowed early adopters to complete many typical transactions without ever entering a branch or being tied to their computers.

As a result, the FDIC estimates that today, on a net basis, there are almost 7,700 fewer branches in the U.S. This represents a decline of close to eight percent in the number of bank locations nationwide.

This decline in branches is widespread and few markets are immune. This is not meant to imply that the branch bank is disappearing.

Branch openings are also taking place, albeit on a selective basis.  JLL estimates that between 2014 and today, around 475 new branches have been constructed in the U.S., accounting for 2.4 million square feet of space at an average of 5,100 s/f per branch.

The average size of these branches is consistent with the sizing of existing branches across the markets JLL reviewed, which suggests that banks are slow to change their local branch model.

New development continues, but at a restrained pace. According to JLL’s review, fewer than 100 branches are currently under development, at an average size of 5,300 s/f. These new branches are most often freestanding properties in traditional suburbs.

New banks are also selectively opening as ground floor uses in denser, urban areas. These branches are often much smaller, and in places like NYC, can be well under 1,500 s/f.

Since the Recession, deposits have steadily increased indicating that banks have been doing more with less. Deposits have risen 70 percent, to $11.3 trillion, as of 2016.

In terms of leasing trends, banks are still taking up new space as they look to position their brands across markets, especially in growing areas, as they follow both residents and jobs.

Because new location decisions are made on an individual basis across markets and balanced against existing brand locations, site availability, and competition, it is difficult to identify broad trends.

Rents for bank branches vary significantly by market and micro locations, as well as freestanding versus ground floor operations in commercial buildings. 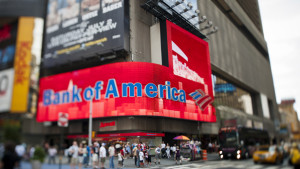 This sector, which tends to focus on the freestanding branch bank, has consistent transaction flow and the underlying asset financials are very transparent because values are based purely on net operating income.

JLL saw notable cap rate compression. Like other commercial real estate asset classes in this economic cycle, NNN cap rates have declined from 6.2 percent for assets sold during 2010–2013 to less than five percent for properties now being marketed.

In addition, branch net operating income is up seven percent overall due to higher rents that are indirectly supported by the increase in branch deposits.

From a property perspective, the average branch size in these transactions is stable at around 5,000 s/f. Rental rates (NNN) presently average $35 psf. This is up slightly and reflects current sector averages. In comparison, rents for newly constructed branches come in at $33–$34 per square foot for the typical branch.

JLL predicts branch numbers and square feet will continue to decline, even in growth markets, as banks look to find more effective ways to meet customer expectations — and manage their costs.

The challenge for the banking industry is that this change cannot happen overnight. Even with today’s technology revolutionizing financial services, customer acceptance takes time. A simple advancement such as the introduction of automated tellers contacted remotely via interactive screen might take almost as long to gain acceptance.

The most significant industry challenge right now in the evolution of the banking sector isn’t technology but real estate.Because existing branches all have leases in place (often with five or more years left on the term), optimizing market coverage is neither easy nor quick.
While it may make strategic sense to eliminate (or redevelop) older, less productive locations and open new ones that are sized appropriately to meet current demands, this can only happen as existing leases mature.

Because of this, continued industry consolidation and location optimization will happen in stages — and will take years to fully play out.
Based on JLL’s analysis of current rental rates, this overall shift could save the banking industry $8.3 billion annually in direct real estate costs alone.

This, of course, does not include any labor cost savings associated with a more efficient footprint and operations. What is critical to understand is that the cost savings from this shift can be significant. As branch bank consolidation continues, we could expect to see another 20 percent reduction in existing branches.

At the same time, as banks perhaps move to a dual regional plan with a limited number of large, full-service operations that are complemented by smaller units offering only basic transactions the average branch will shrink significantly.  This “dual strategy” could easily take the average “convenience” branch from 5,000 s/f to 3,000 s/f or smaller.

As this shift takes place, there will be greater emphasis on the reuse and redevelopment of existing branches. Quite simply, not all branches need to be “closed” in favor of new operations. Many locations are in the right place and serve established markets. The issue is that many operations may be too big for today’s market — and reuse of these properties is a challenge from a physical development perspective.

For example: Subleasing surplus space as a coffee shop is a popular notion that works in select locations, but is not a universal solution.
Some operations could become regionally serving, full- service branches. In other cases, branches may need to be razed to make way for complete redevelopment to a more modern standard — a trend that especially impacts freestanding locations.

For the banking industry, the tides of change are significant and unrelenting. Technology will continue to advance and banks will have to constantly adapt to engage both corporate and personal customers.

To lead, successful banks will have to thoroughly understand how and why consumer behavior is changing. A successful strategy will embrace both physical property and technology—and optimize each to respond to individual customer needs.