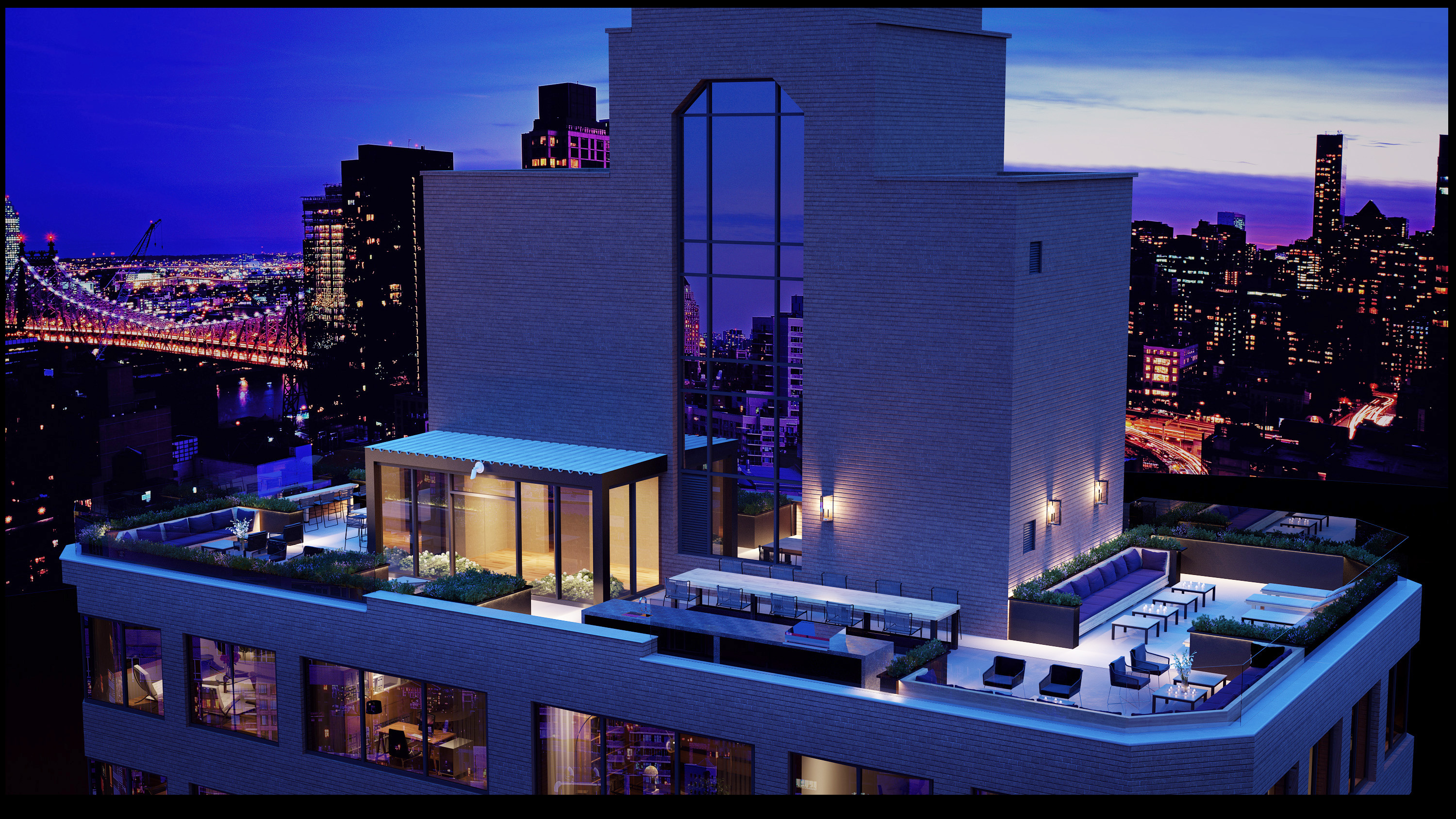 On the Upper East Side, a recently converted condo building is making a name for itself with more bang for the buck.

In April, RFR Realty closed on a $70 million refinancing deal with M&T Bank for the 27-story building, which the developer had previously considered selling. One of the development firm’s first purchases, 300 East 64th was built in the 1990’s.

The newly-branded condo building was re-designed with modern touches that still retain a clean, classic Park Avenue feel, (similar to RFR’s 530 Park Avenue) and units have plenty of windows and natural light.

Stonehill & Taylor and Meg Sharpe, the team behind the interior design, looked to merge the traditional with fresh and contemporary design. Bathrooms include Grohe shower faucets, Kohler Caxton sinks and marble vanities, while kitchens in the units come with appliances by Liebherr, Bosch and Elkay.

Among the 102 units being offered, 49 will be one-bedrooms, 25 will be two-bedrooms, 14 will be junior 4’s, there will be six three bedrooms and eight studios.

“When new development came to a stall after 2008, unsold new development was absorbed and then there was nothing,” said Karen Mansour, executive vice president at Douglas Elliman Development Marketing, which is handling sales.

“When we started gearing up again in 2010 and 2011, new development was geared to larger developments because of the pent-up demand for larger, bigger and better — and now what’s happened to people who need smaller, more efficient units? The pendulum swung back. That’s where this development captured demand for one bedroom, two bedrooms and studios.”

One-two and three bedroom homes in the building are all priced under $2,000 psf, and amenities include a landscaped roof deck with 360-degree views of Manhattan and the Queensboro Bridge, a library-lounge room, gym and a laundry room that doubles as a hip hangout space, outfitted with couches and custom lighting.

“The important thing is, the time was right to enter the condo market,” said Mansour. The project opened to brokers for previews last month and had an “overwhelming response.”

Since the project started, Mansour and her team knew there was a large range of demographics that would be interested — ranging from pied a terre buyers, empty nesters, parents buying for children and first-time buyers.“This kind of overlaps a lot of different borders,” she said of the building. “Midtown, Upper East Side — it’s this central location. So it’s that kind of location that feeds a lot of different purchaser profiles, so it’s a really good position to be in.”

As a bonus to the smaller price tag of the units, the development has something many other new projects don’t — an immediate move-in date, a welcome sign for buyers during a time of record low inventory.

“You don’t have to wait a year and a half, you can move in now,” said Mansour.

Renovation of the lobby of the building is still being completed as well as the rooftop deck area, with both expected to be finished in the fall.