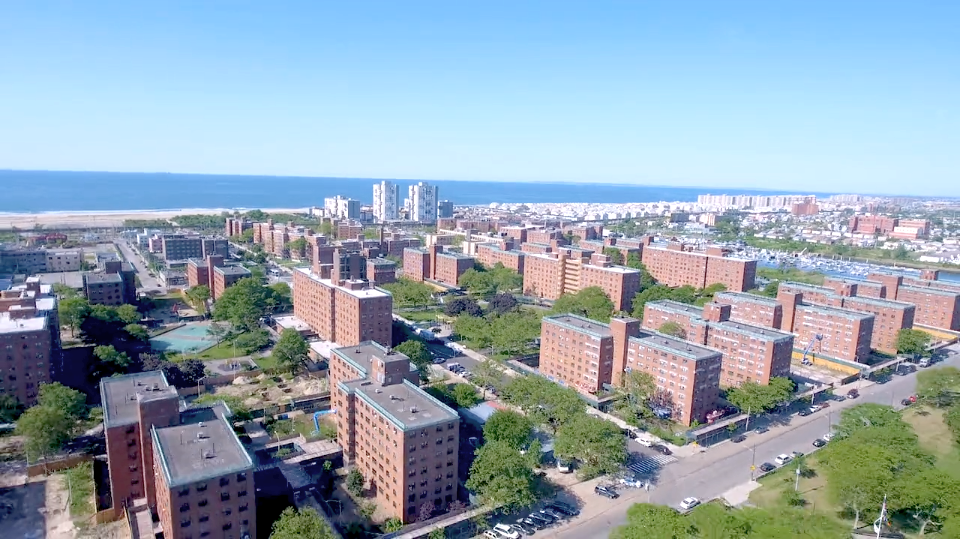 A ribbon cutting was held to celebrate the completion of the rehabilitation of Ocean Bay Apartments, a 24-building, 1,395-unit public housing complex in Far Rockaway, Queens.

The ribbon cutting ceremony took place before a kickoff to summer event for residents, including family-friendly activities and inspirational speakers.

First built in the early 1960s, Ocean Bay suffered from significant federal divestment, followed by the extensive damages incurred by Hurricane Sandy in 2012.

Home to nearly 4,000 residents, the property was in desperate need of repair, from in-unit renovations to the major rehabilitation of building infrastructure.

With our investment in Ocean Bay Apartments, we are ensuring that the development remains affordable, safe, and protected against future storms, while also improving the quality of life for nearly 4,000 residents. Congratulations to our many partners on this project.”

In addition to in-unit renovations, the project included roof replacements, the complete upgrade of elevator machinery and equipment, improved public hallways, and the installation of new boilers and heating systems.

To ensure protection against future weather catastrophes, Ocean Bay received the third-largest solar panel installation at an affordable housing development in New York, a secure flood wall around the entire 33-acre site, water retention swales, stand-alone electric service buildings built above the flood zone, and the conversion of one central boiler steam system to 24 individual hydronic boilers on the roof of each building.

With the help of Catholic Charities Brooklyn and Queens, a core feature of the project involves the development and implementation of a social services program designed to empower residents.

The project also features two brand-new basketball courts, as well as the creation of Renewal Gardens @ Ocean Bay, which consists of 50 family plots within 2,400 square feet of community gardening space, providing residents with resources to learn about gardening and access fresh and healthy produce.

The $470 million in federal, state, city, and private investment consisted of more than $83 million in tax-exempt bonds and Low-Income Housing Tax Credits from NYS Homes and Community Renewal, and $1.1 million secured via the Investment Tax Credit generated from solar, and over $121 million in FEMA funds for resiliency measures related to the buildings.

Under RAD, Ocean Bay units moved to a Section 8 platform with a long-term contract ensuring that the units remain permanently affordable to low-income households, restricting rent to no more than 30 percent of resident income.