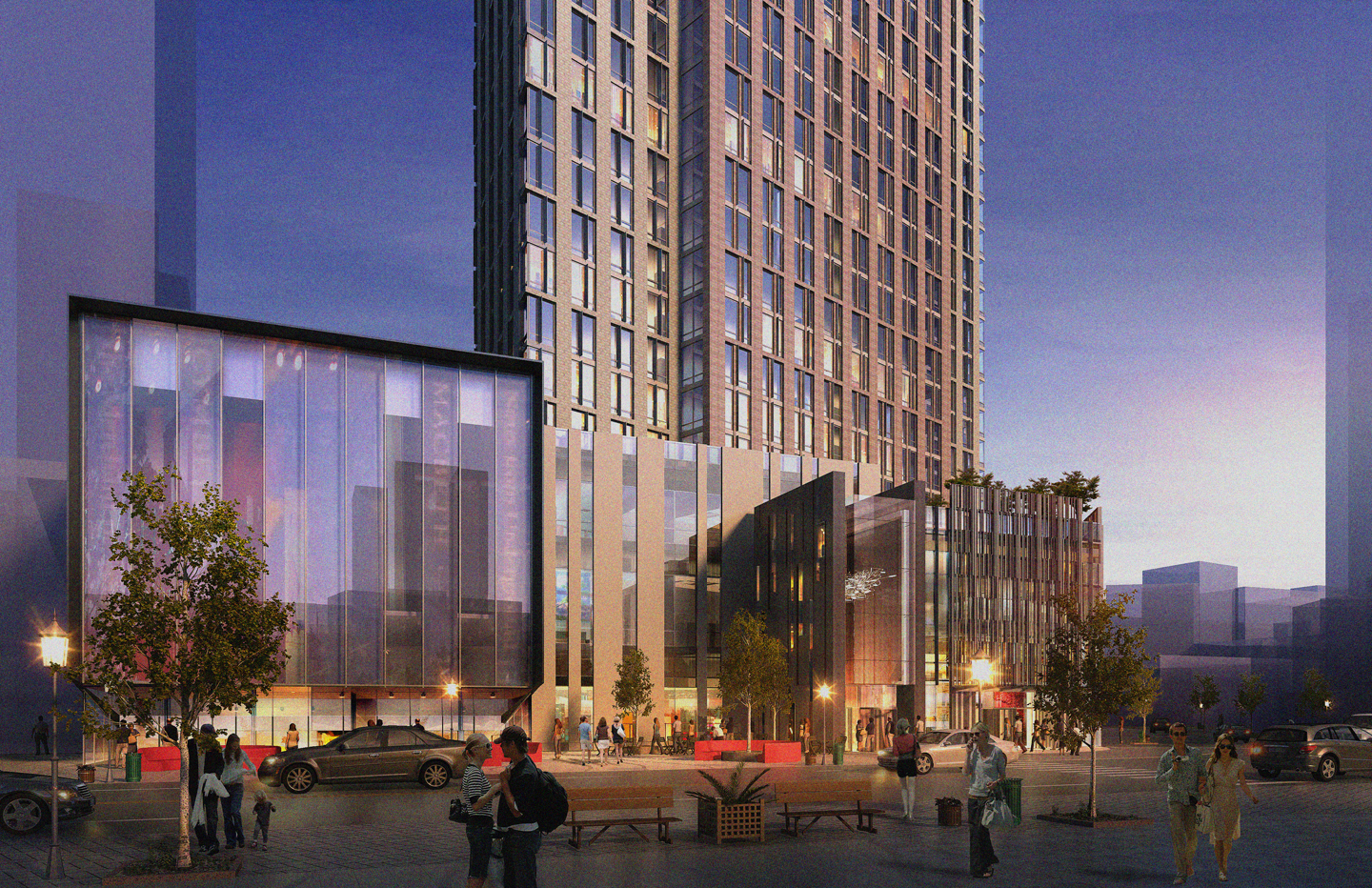 The city last week closed on a $278 million plan to finance the construction of nearly 600 apartments in Downtown Brooklyn.

The Gotham Organization and DT Salazar Inc. will build 250 Ashland Place on a formerly city-owned vacant site in the Downtown Brooklyn Cultural District.

The development will provide 586 new apartments, with 282 of the new units being permanently affordable to low-income and middle-income New Yorkers.
The tower will also provide new office space for cultural institutions, new retail space, and other amenities.

“The revitalization and expansion of the Downtown Brooklyn Cultural District with strengthened cultural institutions, affordable and market rate housing and commercial development, has been a hallmark of Mayor Bloomberg’s administration,” said Deputy Mayor for Economic Development Robert K. Steel.

“With 250 Ashland, nearly 300 more units of affordable housing and a new cultural space will be added to this thriving and dynamic neighborhood that is quickly becoming a global destination.”

The total development cost of the 250 Ashland Place project is $278 million. To help subsidize construction and ensure the project’s affordability, the city’s Department of Housing Preservation & Development provided the land at a nominal cost. HPD is also allocating 4% Low-Income Housing Tax Credits that will generate approximately $19.3 million in equity towards the project. HDC is providing a total of $177.5 million of financing, of which $33 million is tax-exempt bonds, $2.5 million is an HDC subordinate loan, and $142 million is a loan originated by HDC and participated to a consortium of private lenders comprised of Wells Fargo, TD Bank and Capital One.

“With the financing in place for 250 Ashland, we can soon begin construction on what will be an iconic tower providing affordable housing, space for cultural institutions and new retail opportunities to this vibrant neighborhood,” said HPD Commissioner RuthAnne Visnauskas.

The 52-story building, which has been designed by architects FXFOWLE, will complement the cultural district by adding foot traffic to the Arts Plaza and locating active retail uses along Fulton Street.

The site is two blocks from the Atlantic Terminal, Brooklyn’s largest transit hub with nine subway lines and the Long Island Railroad, and the newly constructed Barclays’s Center.

250 Ashland Place will include 8,000 s/f to be used as office space for cultural institutions, along with approximately 10,200 s/f of retail space along Fulton Street.
The building will also be constructed to attain sustainability certification through Enterprise Green Communities criteria which is required on all City-subsidized affordable housing new construction and substantial rehabilitation projects.