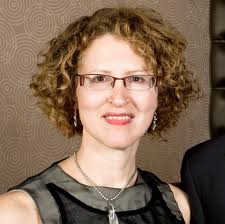 There have been worse times to be a zoning lawyer in New York City.

A flurry of construction projects — from the Hudson Yards to 1 Vanderbilt to Domino Sugar factory — have been accompanied by months-long legal negotiations between developers, local stakeholders and various city agencies.

Bringing these talks to an agreeable solution is Carol Rosenthal’s job.

The Fried, Frank, Harris, Shriver & Jacobson lawyer, who specializes in land use and development, is behind some of Manhattan’s most exciting, and complicated new construction projects — including TF Cornerstone’s gigantic rental 606 West 57th Street, Time Equities’ downtown condo tower 50 West Street and the Whitney Museum’s new home currently under construction at the southern end of the Highline in the Meatpacking District.

Negotiations for the Whitney’s new, 200,000 s/f building, where the museum for contemporary American art will move in 2015, were particularly complicated, Rosenthal explained.

“The Whitney Museum involved several different parties with goals for the same site,” she said. The City owned the land and needed a maintenance facility for the Highline site and to show its support for the Museum. The meatpacking plants located on the site needed a new home. Rosenthal reached an agreement with the firms by which the largest plant, Debragga, moved to New Jersey and others went to an industrial lot just north of the new gallery.

In a little more than six years at Fried Frank, Rosenthal has become one of the city’s most successful land use and development lawyers. It helps that she spent years at the New York City Department of Planning and knows what it’s like to be on the other side of the negotiating table.

After getting her J.D. from NYU Law School in 1982 and completing her clerkship in San Francisco, Rosenthal joined Skadden Arps as a transactional lawyer. But in 1986, she was recruited by City Planning as an associate counsel.

“At the time, it was a big change, but I was happy to be there and learned a lot about land use,” she recalled. At the time, Rosenthal had no experience with land use and zoning, and she had to learn the basics: “I waded through the alphabet soup and came out understanding.”

She decided to leave the public sector and, after years at Berle, Kass and Case, she eventually joined Fried Frank, in her words the “premier firm in land use”.

Zoning issues take up much of her time, for example the Durst Organization’s Bjarke Engels-designed tower 625 West 57th Street. Rosenthal was charged with arranging a rezoning from commercial to residential use for the site, which is across the street from her other project, TF Cornerstone’s 606 West 57th Street.

“The City Planning Department reacted favorably, and we worked closely with them,” she said. “The challenge is that communities have real needs that must be considered. Thankfully, we have a good relationship with the community board.” Even with that, the approval process took 24 months.

Perhaps as a nod to her years at the City, Rosenthal is still invested in the public good. She is on the board of the Citizens’ Budget Commission and the Citizens Planning and Housing Counsel, two organizations that oversee and advise on city policies.

Impressively, she does all that while also taking care of her two teenage sons with her husband, a psychiatrist at Columbia University Medical College.

The family lives on Manhattan’s Upper West Side, from where she can conveniently taxi down to her Westside projects on 57th Street, at the Highline and in Lower Manhattan. “I guess I’m a Westside person,” she said. займ онлайн