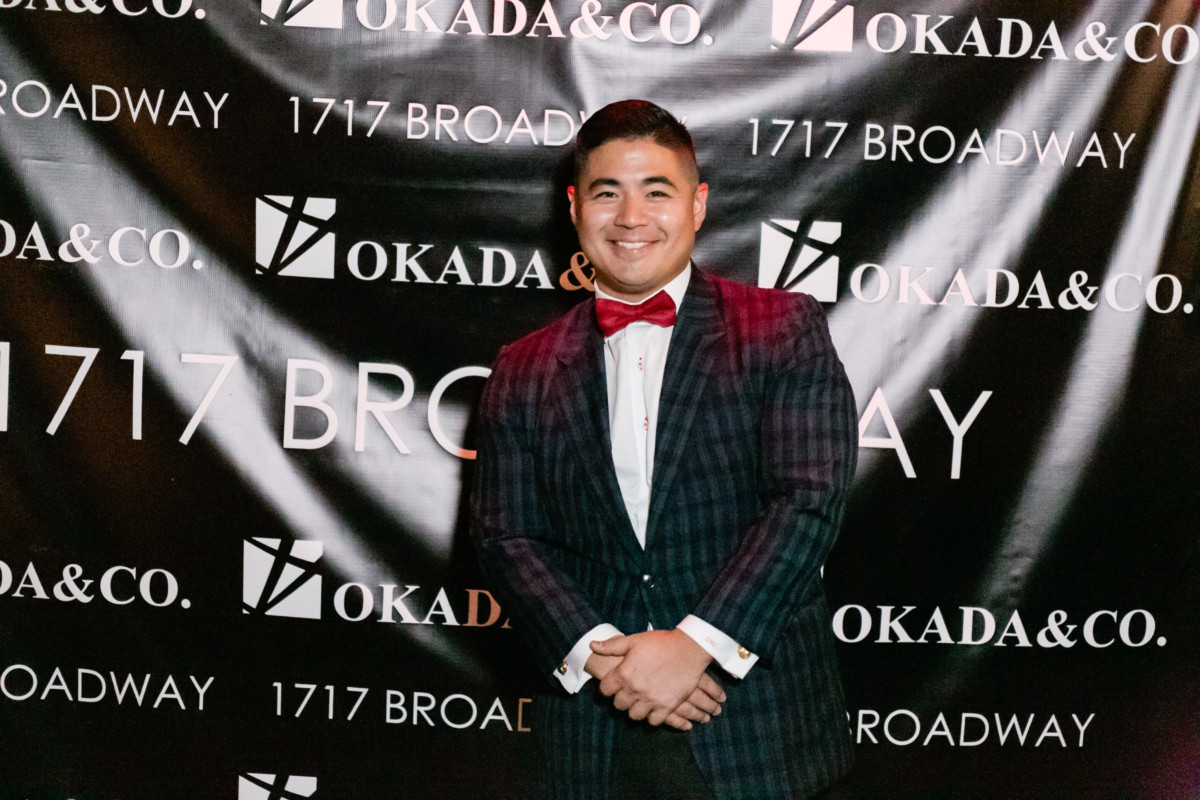 Young gun Okada has his eye on big investment targets

Christopher Okada started his vocation with a handicap. The 36-year-old — now in his 11th year as founder and CEO of real estate investment firm Okada & Co. — had to constantly prove his dealmaking prowess because his looks didn’t inspire confidence.

“I definitely had people tell me: ‘Wow, you look so young,’” he said.

Okada compensated for his baby face with the boundless energy youth provides. He likened his firm’s early years to that of a start-up, with survival depending more on determination rather than business acumen.

“It was a very fun time. (We were) very much like a start-up… I was very nervous and very excited. I was 25-years-old and I felt like I was ready for war,” he said. “When it was go time, I didn’t care if I was young or old. I just wanted to win.”

He has since flipped his youth to have a positive effect. He considers himself to be physically durable, enough to defeat the demands of constant dealmaking and competitors; and he expects everyone else in his company to keep up.

“I have a lot of resilience. I can get back up faster and think quicker… I’m willing to push myself physically. And when I say physically, I mean setting up more meetings and making more phone calls,” he said.

“Today, being young and ambitious is very advantageous. The company feeds off of this energy.”

While many real estate executives cite oblique and poetic reasons for exceling in moving Manhattan real estate, Okada declined to engage in ambiguous ramblings. He’s in it for the payoff, and he competes ferociously to get it. “There’s no feeling in real estate like winning and the payoff,” he said.

Okada, who started in real estate as part of his father’s Manhattan firm, got his first payday 18 months into his career.

“I went to go work for my father and I started doing leasing in the Plaza District. Within 18 months, I sold my first building. The total commission was $76,000. I was 24-years-old and I felt that was a tremendous amount of money. I was very proud to be able to give my father $38,000 in one shot.

“From that point on, I was hooked. I never experienced anything like that. At 24-years-old, making $38,000 in a single check, it’s a lot. That closing was really what kept me in real estate,” he said.

He has gone far since then. His firm has closed $150 million in acquisitions over the past four years. This includes partial interest in 432 West 52nd Street, a former St. Vincent’s Hospital facility that has been converted into luxury condos, and a $9.5 million deal for the retail space at 135 West 52nd Street, which used to be a location for a Flatotel hotel.

He attributes a fraction of his achievements to a tribal division in business. He said that as an Asian company, his firm has directly benefitted from the migration of Asian firms into Manhattan.

“We’re Asian. I gotta throw it out there. In New York City right now, it’s very hot to be Asian. Every single year, we somehow make money bringing Asian companies. We capitalize off of that,” he said.

Nonetheless, he refuses to credit his ethnicity for his firm’s trajectory. “There are many Asian companies that only work with other Asians. That’s not us at all. We work with everyone,” he said.

“People come to us because we have the best deals and the best strategy. They come to Okada because they want good deals. Period. And we work like hell to find them.”

Spending spike on the cards as holiday shopping gets started