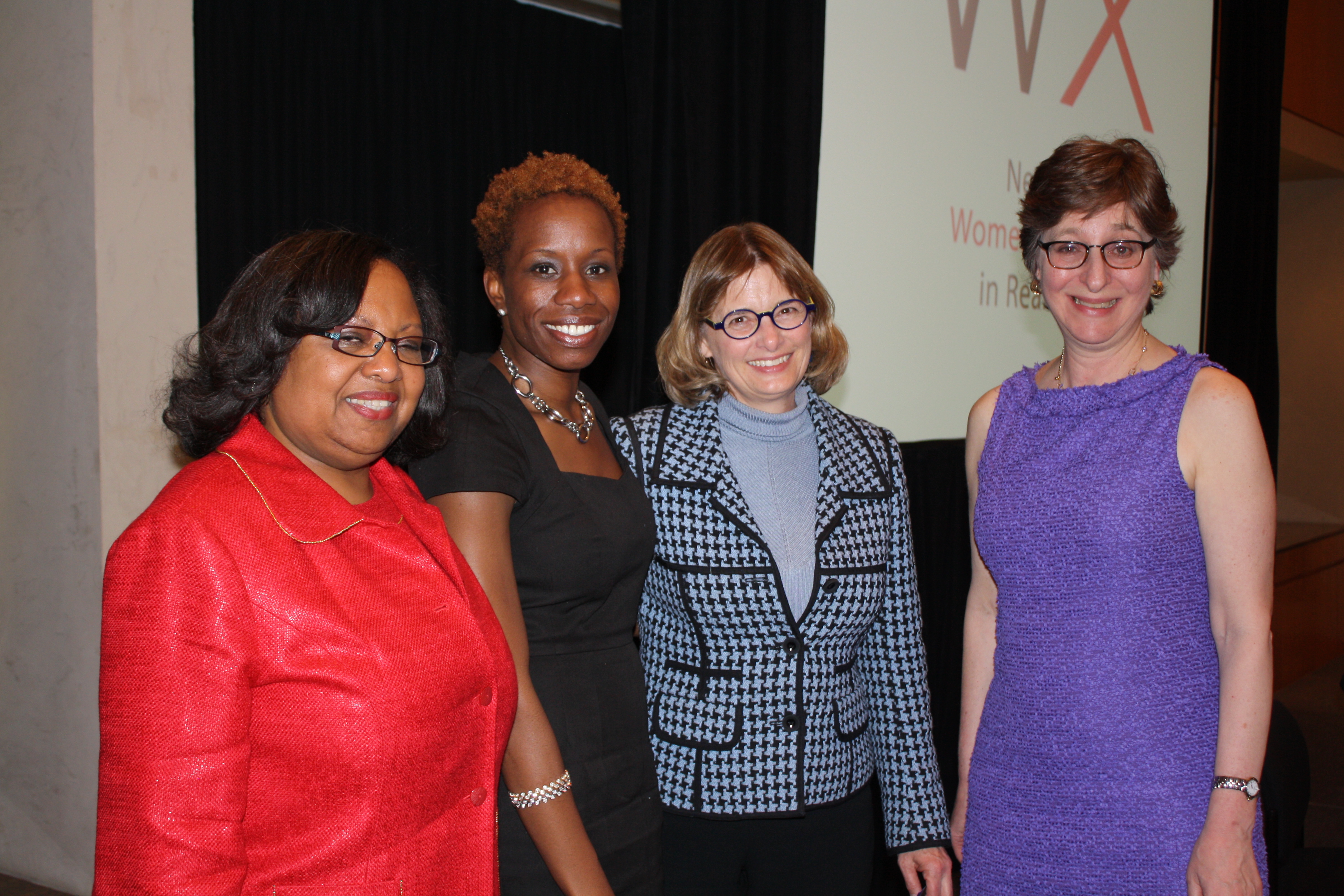 WX New York Women Executives in Real Estate (WX) hosted on May 6, 2014, “WX Perspectives: Update from the de Blasio Administration,” a panel about Housing New York, the Administration’s plan to build and preserve 200,000 units of affordable housing over the next 10 years, at Shearman and Sterling’s New York City office.

The panelists focused on the Housing Plan, an inter-agency initiative that will create or preserve 200,000 affordable homes and apartments over 10 years.

Speakers explained the components of the Plan, their goals for its implementation and described the positive impact that the Plan will have on the future of New York City. The speakers agree that the Plan will require community, government and private section integration to achieve success.

“The preservation of our housing developments is inextricably linked to the future of New York City. We house more than 615,000 families or almost 8 percent of the City’s population. We are present in almost every neighborhood,” said Olatoye.

“Our preservation and development plan will be sensitive, sustainable and smart so that it can benefit our residents, reconnect our buildings to the surrounding communities and contribute to the Mayor’s affordable housing plan.”

“Working together with communities and local elected officials across all five boroughs, the Department of City Planning will identify areas where new affordable housing can be built,” said Laremont.

“We will undertake this ground-up planning effort with a broad, comprehensive scope to ensure that new housing is coordinated with infrastructure and community services. Our goal is to ultimately foster vibrant, mixed-use neighborhoods for all New Yorkers.”

“The Mayor’s Housing New York plan is a comprehensive blueprint to address our housing affordability crisis,” added Been. “HPD looks forward to working with the members of WX, and with the entire affordable housing community, to implement this ambitious plan to shape the future of our city.

“Together, we will create and preserve 200,000 homes for a half a million New Yorkers, help create thriving and diverse neighborhoods, and provide housing suitable for our seniors and individuals with special needs. We at HPD are grateful for our creative and thoughtful public, private and not-for-profit sector partners who joined us in shaping the plan and who will work with us to see it through.”

Following the discussion, WX held a Q&A session with the panelists and a networking reception for over 100 WX members and guests.

de Blasio gets real with his first capital budget