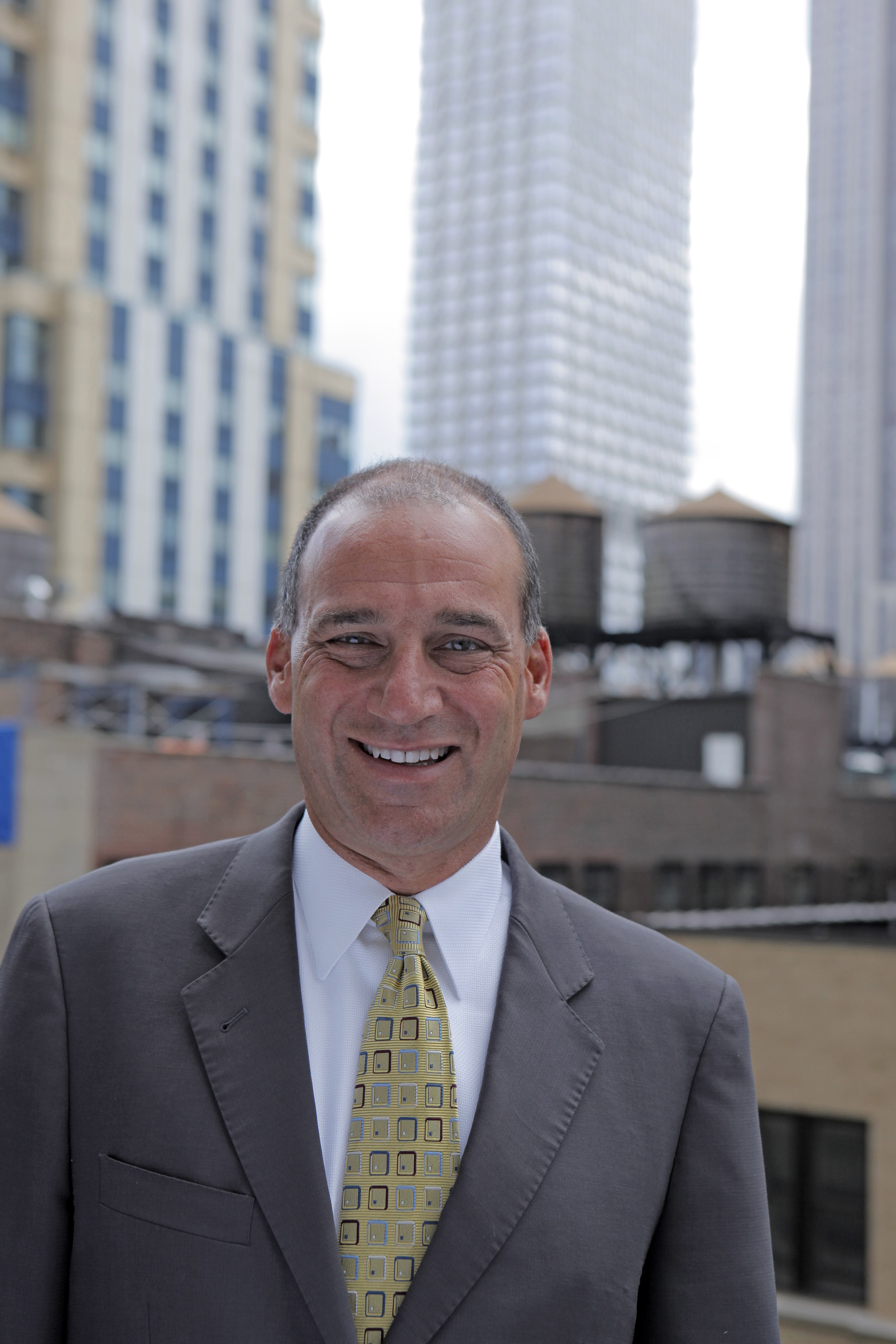 Woolworth lawyer Jeff Schwartz always has his eye on the goal

For someone who orchestrated arguably the most talked-about condo offering of 2014, Jeff Schwartz has gotten remarkably little attention. Then again, lawyers rarely do.

Dubbed the “castle in the sky”, the seven-story penthouse could well become Manhattan’s most expensive condo if it meets its asking price of $11,700 per s/f. The building’s other condos range in price from $3.875 million to $28.75 million.

Schwartz, who has worked with Alchemy Properties for 20 years, has been at the forefront of the Woolworth condo project since its inception. He represented Alchemy and its joint-venture partner BlackRock during the $68 million acquisition of the Woolworth Building’s top 30 floors from the Witkoff Group and Ruby Schron’s Cammeby International in 2012 and helped arrange the $41 million acquisition financing.

“It took a lot of negotiation. The lower-unit owner was concerned over construction’s effect on office tenants on the lower levels,” Schwartz recalled.

Negotiating how to split up utility and other building expenses as well as common space between office tenants and condo residents also took time, he added.

In the end, the two parties agreed that an old 55-foot swimming pool in the basement would be reconstructed and made available for the condo owners.

Schwartz also represented Alchemy in its negotiations for $143 million in financing for the construction. “The project is difficult because it’s not a ground-up situation,” he said. For example, as the building doesn’t allow for an exterior hoist, the construction manager had to take the more complicated route of installing an interior hoist in an unused elevator shaft.

The Woolworth Building is only one of the major projects Schwartz has been working on this year. He also represented Gaia Real Estate when the firm bought the 144-condo sponsor package at the Corinthian on East 38th Street and First Avenue from Bernard Spitzer, holding negotiations directly with ex-Governor Eliot Spitzer.

While other lawyers may be after the big institutional clients, Schwartz said he prefers working with family companies. “I don’t rely on one particular client to generate revenues for firms,” he explained. “It’s always nice to spread the risk.”

Perhaps it helps that Schwartz, like many of the clients he represents, is a native New Yorker.

After growing up on the Upper West Side, he went to college at SUNY Binghamton and to law school at Tulane in New Orleans — a city he still has a close connection to.

After graduating in 1986, Schwartz began his legal career as a litigation lawyer, but soon found he didn’t enjoy it.

“Litigation, while at times necessary, got to be so confrontational and time consuming and full of delays,” he recalled. “I wanted to go into an area where everyone is going for the same goal, to get the deal done. I find that more interesting.”

So Schwartz, who lives in Scarsdale with his wife Lynne and two of his three daughters (the oldest is studying at Lehigh University), began focusing on transactional law and hasn’t regretted it.

Apart from the Woolworth Building, he is currently working on the condo offerings for Alchemy’s other major residential project, the glass tower 35XV at 35 West 15th Street between Fifth and Sixth Avenues. He has also worked in retail, helping close a lease with clothing store Guess at 575 Fifth Avenue.

“I find retail leasing very difficult,” Schwartz said. “It’s challenging to switch between (new developments and retail), but I always liked not getting pigeon-holed into one area. It keeps the legal practice interesting.”

Are the rich getting richer because they own real estate?