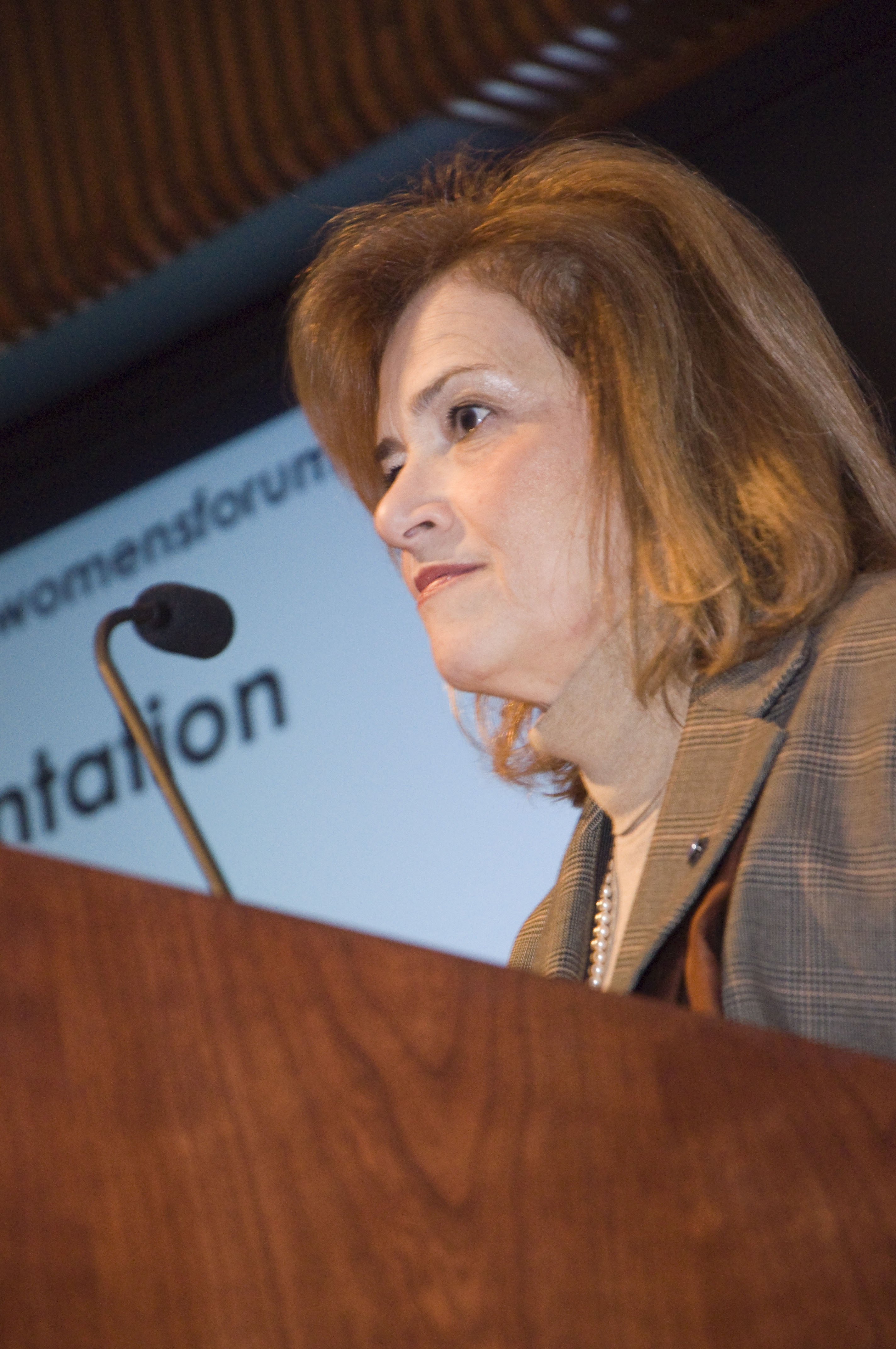 In her morning keynote, Jodi Pulice, founder and president of JRT Realty Group, made a strong case for a bigger role for women in real estate.

“We are living in a time and economy where, in order to afford a certain lifestyle, both parents must at some point be in the workplace,” she said. “We must empower our own children and lead by example.”

But in order to carve out a bigger role for themselves, Pulice argued, women need to become more assertive. “I don’t understand why women don’t network as well as men,” she said.

Pulice recalled her long struggle to establish a minority-run business in the face of male indifference. She said the situation of women in real estate has improved — but not enough.

“My wish is that one day a business won’t have to be certified as minority-run to be able to compete,” she said to emphatic applause from the audience.

Panels at the day-long event included the perspectives of brokers, developers and lenders from the commercial and residential worlds.
Millennials — the generation of people in their 20s now entering the workforce — were on the minds of more than one panelist.

Attracting office tenants in the technology and creative sectors means catering to a younger, more urban demographic, according to Ellen Baer, president and CEO of the Hudson Square Connection BID.

“They like being near each other, they like feeling the buzz,” she said. “What they’re really looking for is that undefinable thing: cool.”

Residential developers are also keeping an eye on the needs of the next generation of New Yorkers. They’re interested in sustainability resiliency and an urban setting, according to Barbara van Beuren, of Anbau Enterprises. “People’s values have changed,” she said.

Another trend in residential development is a focus on both very large and very small apartments to appeal to the broadest possible audience, said Highlyann Krasnow, a partner at MNS.

“It was very rare to plan a development in Brooklyn with four bedrooms, but now we are,” she said.

At the panel “women in the money”, four female leaders in real-estate investment gave their outlook for 2014, agreeing that it will be a year to buy.

Olivia John, a principal in Blackstone’s Real Estate Group, pointed to good market fundamentals as a reason to invest: housing supply is low, while the economy is growing and credit markets are strong.

But while the panelists agreed on the strength of the market, they had different takes on where to invest. Collette English Dixon, a principal at Prudential Real Estate Investors, is bullish on primary markets — especially those with warm climate or strong tech and knowledge industries. But tertiary markets, she argued, should have a tougher time with the gradual Fed tapering.

“If interest rates go up, you’d expect them to go up much more for tertiary markets than for primary or second markets,” Dixon explained.

Marilyn Kane on the other hand is actively looking to invest in tertiary markets. “We would overpay if we only bought in primary markets,” explained the President of Iridium Capital. “When we buy dollar stores, that’s in tertiary markets. It’s the credit of the tenant that matters to us.”

Katie Barthmaier, executive director in the investment department at W. P. Carey, is also looking at tertiary markets – but not in search of risky investments. “Our risk tolerance isn’t changing,” she said. “There is a lot of capital that we think is driving some of our competitors to be more aggressive, but we need to be prudent.”

Kirby Sack, CEO of Sack Properties, agreed. “This is the point in the cycle where some people lose a lot of money,” she said. “That’s where the sharpshooter is the winner.”

Eva, who was retained by Durst ten years ago as a consultant, was hired by the company in 2008 as a project manager, eventually meeting Alexander Durst while working on a project together upstate. They married in 2012.

Now working together on the 57th Street project, sisters-in-law Helena and Eva discussed the trials and tribulations of getting the project off the ground in a Q&A session moderated by Carol Rosenthal, the Fried Frank partner responsible for the land use entitlements and environmental reviews for the tetrahedron-shaped tower.

Durst first purchased the site as a 99-year lease in 1999, and had the idea for having a data center there, but after 9/11, “no one wanted to store data there.”

“In the back of our minds we always wanted to do residential,” said Helena of the site. “We wanted to create a community but knew it would take time.”

Another idea was a hotel, which in 2008 they worked with architectural firm FXFOWLE on possible designs, but that plan was scrapped, as well as another idea for a school.

They began to look hard at residential and after a fortuitous meeting between Douglas Durst and Ingels at a conference in Denmark, the wheels were in motion.

The final design ended up being a hybrid of a typical Manhattan high-rise on a podium, with a typical European low-rise block building.

“What I like about it is that it looks different from different vantage points,” said Eva.

A memorable moment Helena described in the process was bringing the plans before the local community board while nine months pregnant. “It doesn’t matter how pregnant you are, you can get voted down,” she quipped.

The afternoon keynote featured Darcy Stacom, CBRE’s investment sales superstar. She shared stories of some of her most memorable deals, from being whisked out the back door of a Greek airport en route to collect a signature, to selling the GM building after only three days on the market, only to have Bear Sterns collapse in the middle of her deal.

She also shared dealmaking advice, including the prescription to always look at everyone in the room for a presentation. She recalled one pitch where there was a woman typing in the corner.

“I was the only person in three presentations who spoke to her,” Stacom said. “It turned out she was the decision-maker.”

Another piece of advice: be creative and be yourself. “I don’t own a suit,” Stacom said, “and I never have.”

Developers lining up to do business with module makers