Together, they will lead a team of more than 70 professionals who serve the firm’s leasing, tenant representation, investment sales, finance and other lines of business.

Jonathan Mazur joined NKF’s capital markets research team in 2013 and has 15 years of industry experience. His main focus will be improving the operational efficiency of the research platform.

BenchMarks, has 16 years of industry experience. He will focus on the research team’s thought leadership efforts. Mazur is based in New York City, while Paul works out of the Washington, DC office.

In addition to their national responsibilities, they will both continue working in these native markets, elevating local research services while NKF continuously grows its platform. 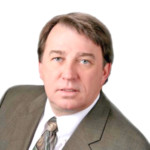 Casson brings to his new position decades of sales, service and management leadership in the title insurance sector, with considerable experience throughout the Midwest and Central Plains.

Prior to joining AmTrust Title, Casson was vice president and regional agency manager for First American Title Insurance Company where he was responsible for managing some 1,100 agents throughout the nation’s heartland.

He holds a Master of Business Administration and a Bachelor of Arts from Loyola University of Chicago. 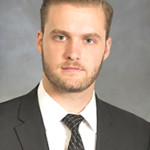 Throne joins Cushman & Wakefield with a wealth of real estate experience, specializing in the leasing and marketing of industrial properties.

He has completed over $45 million in transactional volume, and has worked with large-scale local, national, and global clients such as Carrier, ZPMC and Bimbo USA among others. In 2015, he was one of Inside Business’ 40 under 40, and is a designated Certified Commercial Investment Member (CCIM).

Throne is a graduate of Santa Fe College with a degree in Business Administration.

The Community Preservation Corporation (CPC) announced the hiring of Roger Garcia, former President and Founder of Garcia Realty Services, Inc. for the position of Vice President, Manager of Freddie Mac and FHA Underwriting.

Garcia founded his firm in 2008, specializing in origination, underwriting, and brokerage of commercial, residential and private money mortgages through funding sources that include life insurance companies, regional banks, government agencies and private corporate and individual investors. 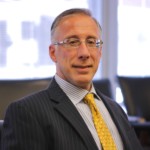 Before that, he was President, Principal and Director of New York Urban Real Estate Services, Inc., a commercial mortgage banking firm which originated and serviced construction, permanent and bridge loans for income producing properties in the northeastern United States.

Garcia is a licensed real estate broker in the State of New York, and has refereed in the United States Soccer Federation since 2008.

He graduated with a Bachelor of Arts in Economics from Fordham University.

Sara Gougarty has been promoted to lead Cushman & Wakefield’s Practice Group’s in the Americas, the firm announced.
She will be based in New York and report to Todd Schwartz, Chief Operations Officer, Americas. 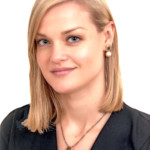 Gougarty will be responsible for leading current practice groups and growing new ones, enabling and fostering collaboration across all asset, product and service types; marketing each practice group’s qualifications and expertise; and enhancing client services across Cushman & Wakefield’s Americas platform.

Named Cushman & Wakefield’s leading retail producer in China for every year she served in that capacity, Gougarty also earned awards for both Deal of the Year and Top Broker of the Year in China in 2014. Significant clients include Apple, Under Armour and LEGO.

GZA, a firm providing environmental, geotechnical, ecological, water and construction management services, announced that Stephen Kline has been promoted to Associate Principal in the Manhattan office.

Kline joined GZA in 1993 and its Manhattan office in 2000. He specializes in environmental site investigation, site remediation and waste management consulting for development and infrastructure projects. 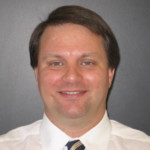 Kline is a graduate of Cornell University with a B.S. in Environmental Engineering and earned his MBA in Executive Management from St. John’s University.

A registered Professional Engineer in New York, New Jersey and Pennsylvania, Kline is a member of the American Society of Civil Engineers and the American Council of Engineering Companies.

With this expertise in-house, JB&B is reinforcing its initiative to become an active presence in the Passive House community in New York.

Passive House is a rigorous building standard that emphasizes durability, comfort and energy efficiency. Originating in Germany in the 1980s, the certification requires a building to comply with strict energy-usage caps and pass an onsite airtightness test. The professional certification process typically consists of a five-day course and requires a passing grade on a 4.5-hour exam.

Carroll’s certification is especially noteworthy, as there are only a small number of Passive House designers in the engineering community. Most who achieve this prestigious designation are architects.

Ashley McGraw Architects announced that Susanne Angarano ASID, CID, NCIDQ has been named a principal in the firm.
Angarano is a specialist in developing interiors for higher education institutions. 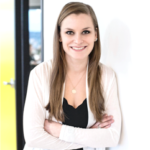 An active member of the design community, Angarano has presented her work and research on the evolving role of interior design at several professional conferences, including the New York State Green Building Conference and the Physical Plant Administrators Association.

A Professional Engineer and diver with over two decades of diverse experience in port and harbor engineering, Famularo previously worked as Chief Project Manager for COWI North America, Inc. (formerly Ocean and Coastal Consultants), where he led waterfront inspection, design and rehabilitation projects for public and private clients throughout the U.S.
His experience includes managing over $75 million in substructure rehabilitation projects (including the Manhattan and Brooklyn Cruise Terminals), leading the planning and design for the fast-track design of the Pier C Homeport at the Brooklyn Navy Yard to support the NYC Ferry system, and developing a web-based management system for managing NYC’s waterfront infrastructure.

Famularo is also a certified Port Engineer through the American Society of Civil Engineers’ Academy of Coasts, Oceans, Port and Navigation Engineers.

MAST Construction Services, Inc. announced the promotion of executive team member Jim Napolitano to vice president.
Napolitano, a 20-year construction industry veteran, was formerly a project executive at MAST and, before that, a senior project manager at the firm.

In his new post, Napolitano will work alongside MAST Founder and President Ted Domuracki to oversee the company’s sales, marketing and business development efforts. 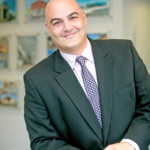 He will also continue to serve as a project executive on key government, corrections, institutional and education projects, using his expertise to assist MAST’s clients in overseeing work from the preconstruction phase through close-out.

Among Napolitano’s prior projects are the $400 million Prudential Center in Newark, New Jersey, where MAST served as the owner’s representative for the City of Newark, and project management for Bergen County Juvenile Detention Center’s Youth Shelter in Teterboro, New Jersey.

Napolitano earned a Bachelor of Science in Civil Engineering from Manhattan College and is a member of the Construction Management Association of America.

Hoffmann Architects has welcomed Mary MacIlvain to its Marketing and Business Development department. 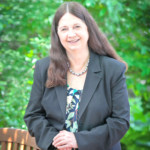 MacIlvain joins Hoffmann Architects as a marketing co-ordinator, based in the firm’s Connecticut headquarters.

With more than ten years’ experience marketing professional services, she holds both bachelor’s and master’s degrees from the University of Connecticut.

MacIlvain has additional certifications in graphic design, proposal management, and professional services marketing. Her proficiency in a wide range of design and information management software programs, along with her capacity for supporting staff and clients, enables MacIlvain to coordinate the marketing and business development department.

Trion Holdings LLC announced that Kevin Moyer and Dominick Milio have been appointed to the positions of Senior Vice President and Vice President of Acquisitions.

Kevin Moyer previously held the roles of Director of Acquisitions and Director of US Investments for a high-profile New York City real estate investor.

Dominick Milio previously worked in significant construction and project management roles with a global investment bank in Manhattan. He has supervised teams of professionals leading to record expenditure savings and assisting in the achievement of the bottom line financial goals.